Ben Reeves: Charlton will be ready to go again on Saturday 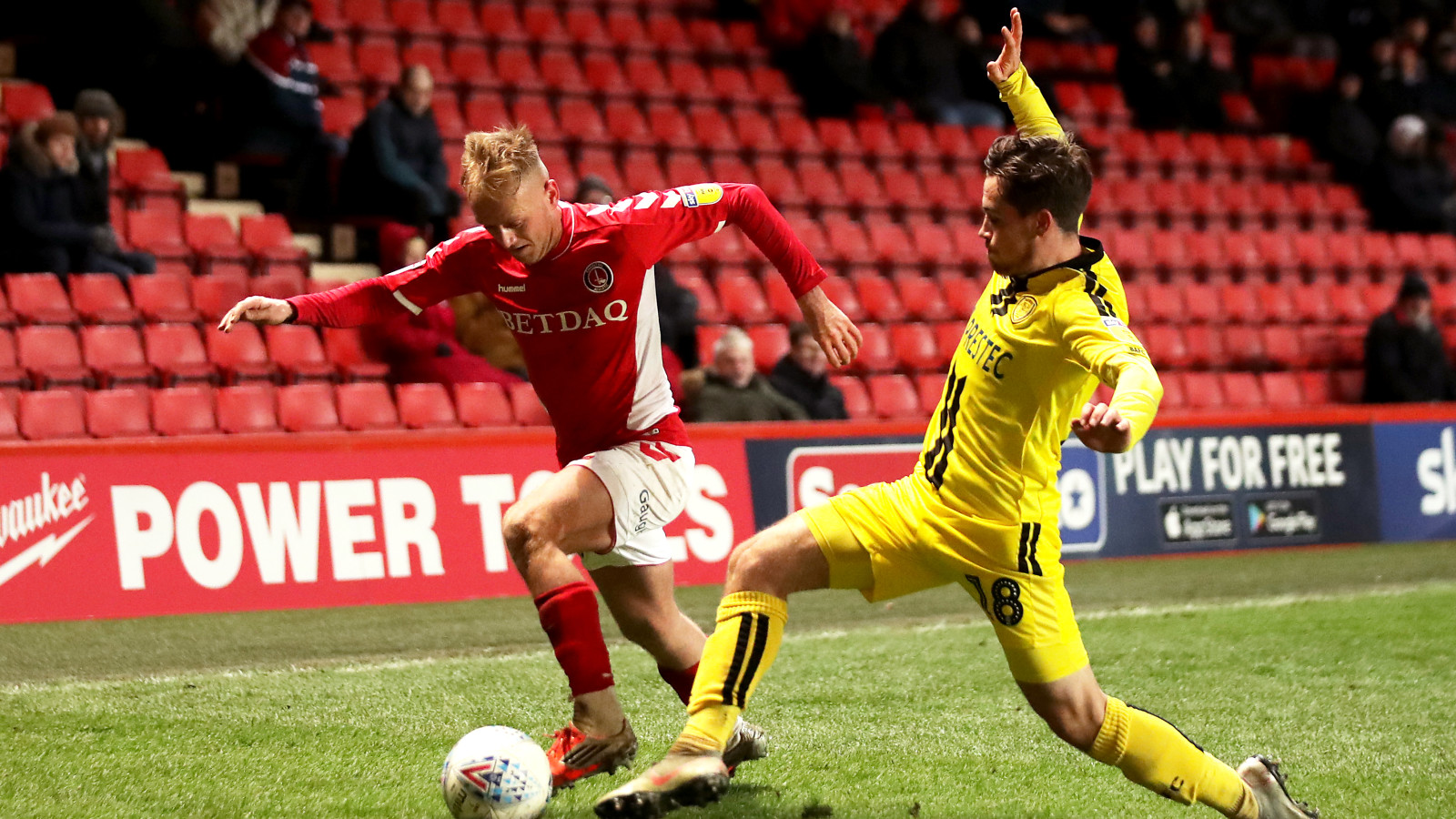 Speaking after Charlton’s 2-1 home win over Burton Albion on Tuesday night, Ben Reeves has lifted the lid on the team’s targets, following their recent streak of results against tough opposition.

Reeves headed home the winner against the Brewers in midweek, as the Addicks made it successive home victories in SE7, having overcome Portsmouth a few days earlier.

“When you look at the points we have picked up and see we’ve played Portsmouth and Burton, to take six points from them is brilliant,” said Reeves. “Anyone would have been buzzing off that. Now we’ve just got to rest and recover and go again on Saturday.

“It was always going to be tough [against Burton] after Saturday, which obviously it took a lot out of the boys and it always does when it’s a big game.

“It is always hard to perform again on a Tuesday night, against another good side, Burton are one of the better sides in the league, so the most important thing was the result.”

Charlton currently sit in the play-offs in fifth place, eight points off the automatic promotion spots and Reeves is aware that reaching the top two may well be a big ask.

He said: “If we keep winning and it leads to us being there [in the top two], brilliant! If it doesn’t, we need that momentum going into the play-offs.

“We just concentrate on the next game, rather than thinking too far ahead, otherwise we might get a bit complacent, thinking that the wins might just keep on coming. We’ve just got to focus on Saturday now and then whatever game after that is, we focus and do the same again.”

Charlton haven’t been without their injuries this season and Reeves has called upon all of his fellow teammates to help push Charlton closer towards promotion.

He said: “I don’t really know the extent of the injuries or what’s the case with them. We are a good squad and we just need to keep the confidence high amongst, not just a few, but the whole of the squad. We’ve got one of the best teams in the league and it’s now time for the boys to show that and hopefully we can.”