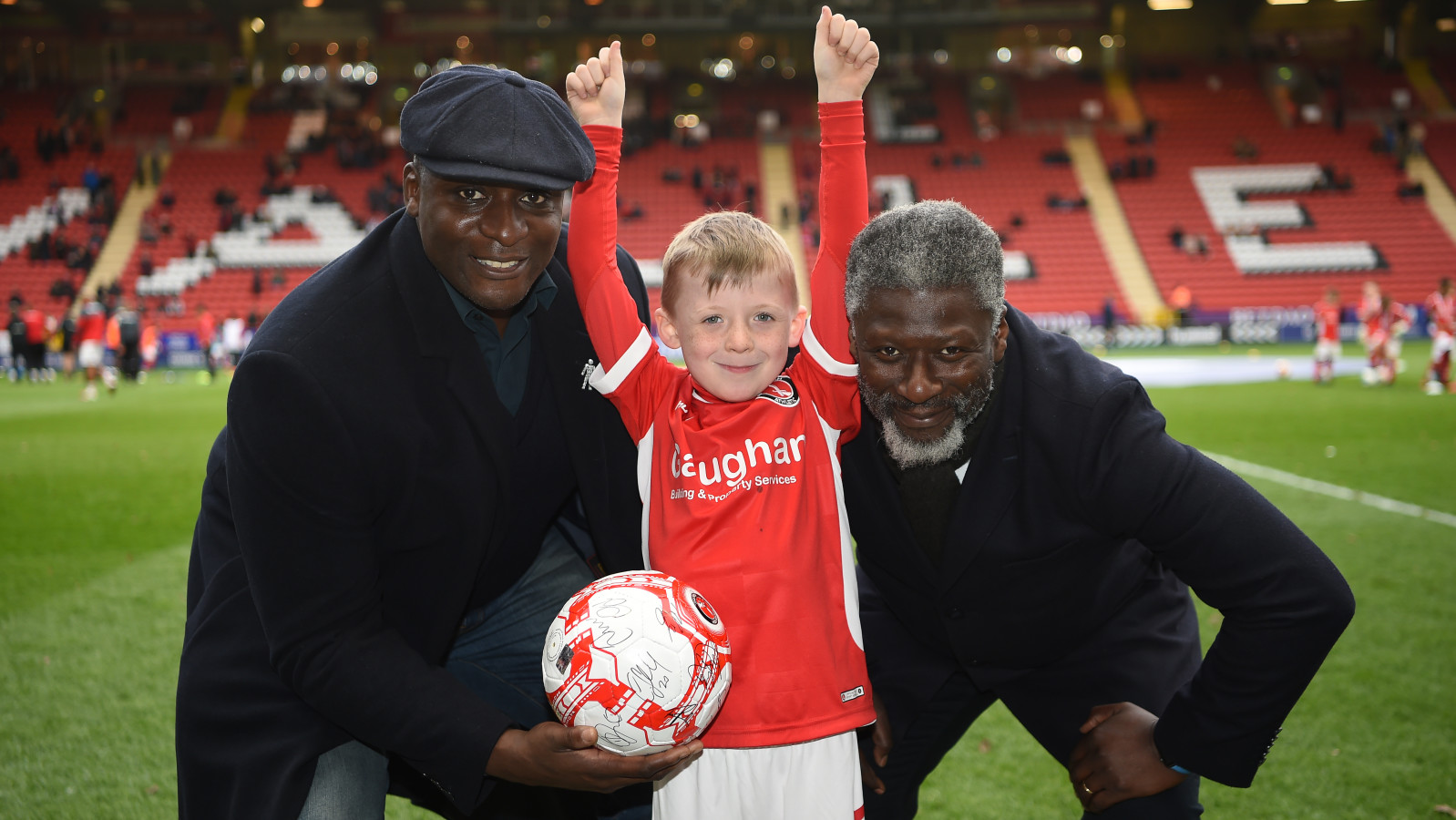 The accolade – which is awarded at every home game – rewards junior Addicks fans for showing great support for the team.

At the weekend, ahead of kick-off against Portsmouth, James was presented with a signed football by former players Carl Leaburn and Paul Mortimer and we have asked the seven-year-old for his Charlton memories…

Why I became a Charlton fan: I wanted to support my local team, which was the same team as my dad and big brother.

My first game at The Valley was: Against Millwall when I was five and it was a draw.

My first away day with Charlton was: Against Peterborough. There were lots of Charlton supporters singing at the game.

My favourite Charlton game has been: Against AFC Wimbledon because we scored a winner in the 91st minute and Naby’s free-kick was brilliant.

My favourite Charlton player is: Lyle Taylor because he’s a top goal scorer. My favourite memory was when I came out of the tunnel as mascot at the Barnsley game holding Lyle’s hand.

My favourite Charlton kit is: This year’s one, of course.

The best part of being a Charlton fan is: Going to see the best team in the world with my Dad and brother.

The Charlton player of the season will be: Naby Sarr because he scored an excellent free-kick and he does some fantastic defending!

The game I am most looking forward to is: The League One play-off final against Sunderland… 4-4 after extra time and 7-6 on pens!

If Charlton could sign any player in the world it should be: Lionel Messi, because he would link with Lyle Taylor and we could go to the Premier League.