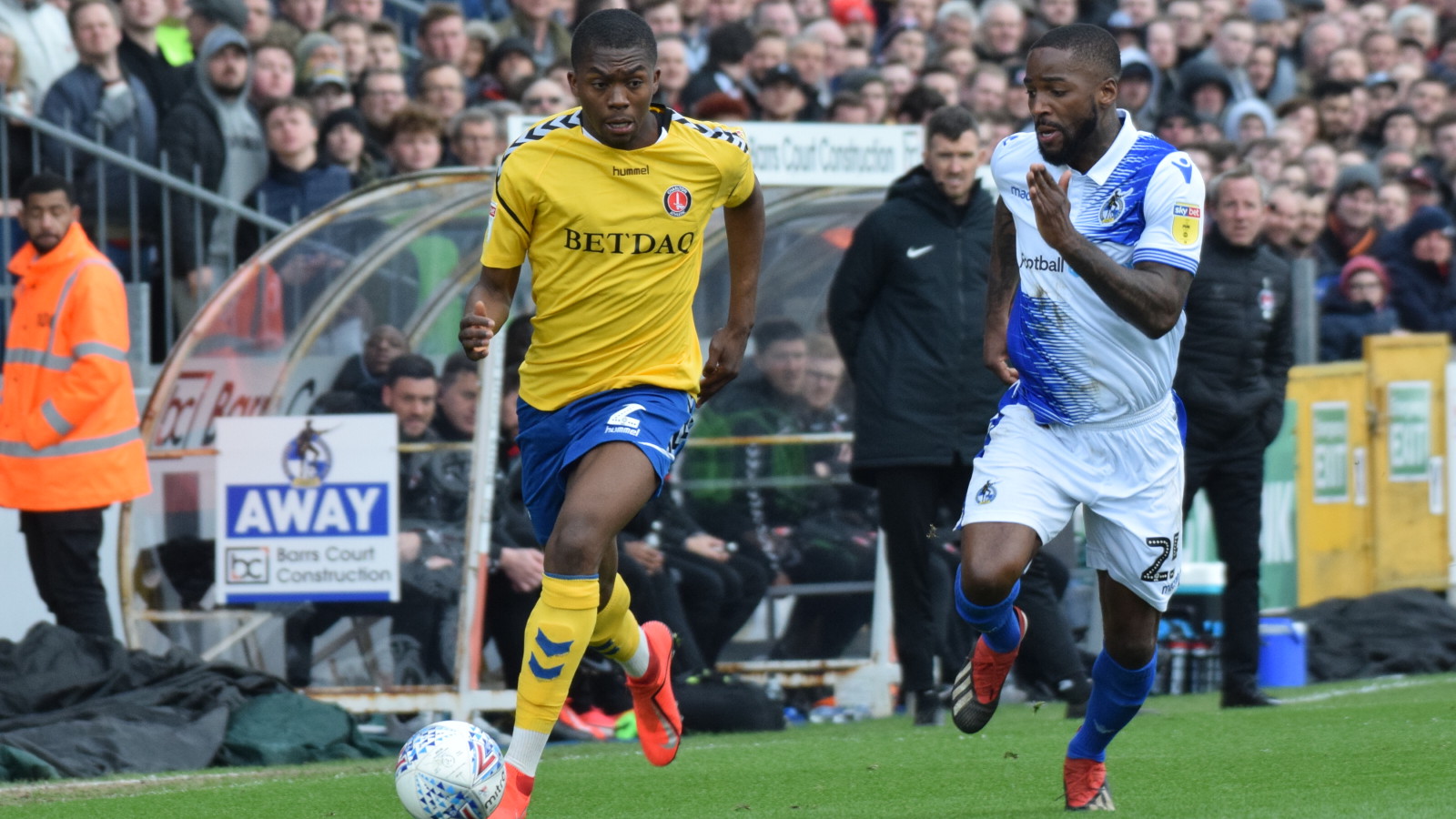 Charlton edged closer to a top-six finish in Sky Bet League One by earning a point at Bristol Rovers on Saturday afternoon.

In a match that was contested in incredibly windy conditions, the Addicks enjoyed the majority of the play but they could not breach the Rovers defence.

Josh Cullen saw a goal disallowed on the stroke of half-time for offside and, before that, Ben Purrington had a corner-bound shot cleared off the line.

But the Addicks – who were also indebted to Dillon Phillips for one fantastic, first-half save – had to settle for a point and they now sit 10 points clear of sixth-placed Doncaster Rovers.

In terms of team news, Lee Bowyer made five changes to his starting XI, following the Addicks’ energy-sapping victories over Portsmouth and Burton Albion earlier this week.

Krystian Bielik – fit again following a hamstring injury – came back into the side, as did Anfernee Dijksteel, Jason Pearce, Darren Pratley and Igor Vetokele.

The Addicks lined up in a 3-5-2 formation and in the early stages both sides found it difficult to deal with the extreme wind that was swirling around Memorial Stadium.

Charlton created the game’s first chance on 10 minutes. Patrick Bauer headed a Cullen corner back into the danger zone and Lyle Taylor tried to flick the ball goalwards but his effort hit his standing leg and was cleared.

Cullen – fresh from his senior Republic of Ireland call-up on Friday – sliced a shot wide on the quarter-hour mark and six minutes later they went close again.

Ben Reeves freed Taylor on the right and his low cross was hacked behind by Rovers defender Tom Lockyer, with Vetokele lurking behind him.

The Addicks were dominating the game and on 26 minutes they were denied the opener by a goal-line clearance from Gas skipper Lockyer. Dijksteel crossed to the back post and, after taking a touch to control the ball, Purrington saw his low shot hacked away by Lockyer from just in front of the line.

Rovers had not threatened the Addicks goal at all but on 37 minutes Phillips made a stunning save to keep the scores level. Jonson Clarke-Harris aimed a free-kick at goal and the Charlton stopper flew to his left to brilliantly tip the strike behind for a corner.

The effort seemed to spark Bristol Rovers into life a little and a couple of corners that got caught in the wind then caused a bit of panic in the Charlton box, but on both occasions the Addicks managed to clear the danger.

Vetokele fired an angled shot into the arms of home stopper Jack Bonham just before the break and with the final kick of the half Cullen tapped home from close range but the flag was raised for offside.

Charlton continued on the front foot in the second half but – with the windy conditions still causing chaos – they struggled to create any clear chances, despite bossing possession.

Cullen saw a left-footed shot blocked on 65 minutes and at the other end Rovers’ Ollie Clarke whistled a 30-yard strike just wide with 71 minutes on the clock.

Rovers thought they had grabbed the lead through substitute Alex Jakubiak five minutes from time but, after he fired home, the flag went up from the same linesman who had ruled out Cullen’s strike in the first half.

Charlton came close as the clock hit 90. Joe Aribo wriggled down the right and sent in a low cross that just evaded Taylor in the middle. Seconds later, Bristol Rovers broke and only a superb tackle from Anfernee Dijksteel prevented Liam Sercombe from having a clear shot on goal.

That proved to be the final piece of action as the Addicks picked up a point at Memorial Stadium, just as they did last season.