The Race | Charlton Athletic against the Charlton Upbeats, Round Two 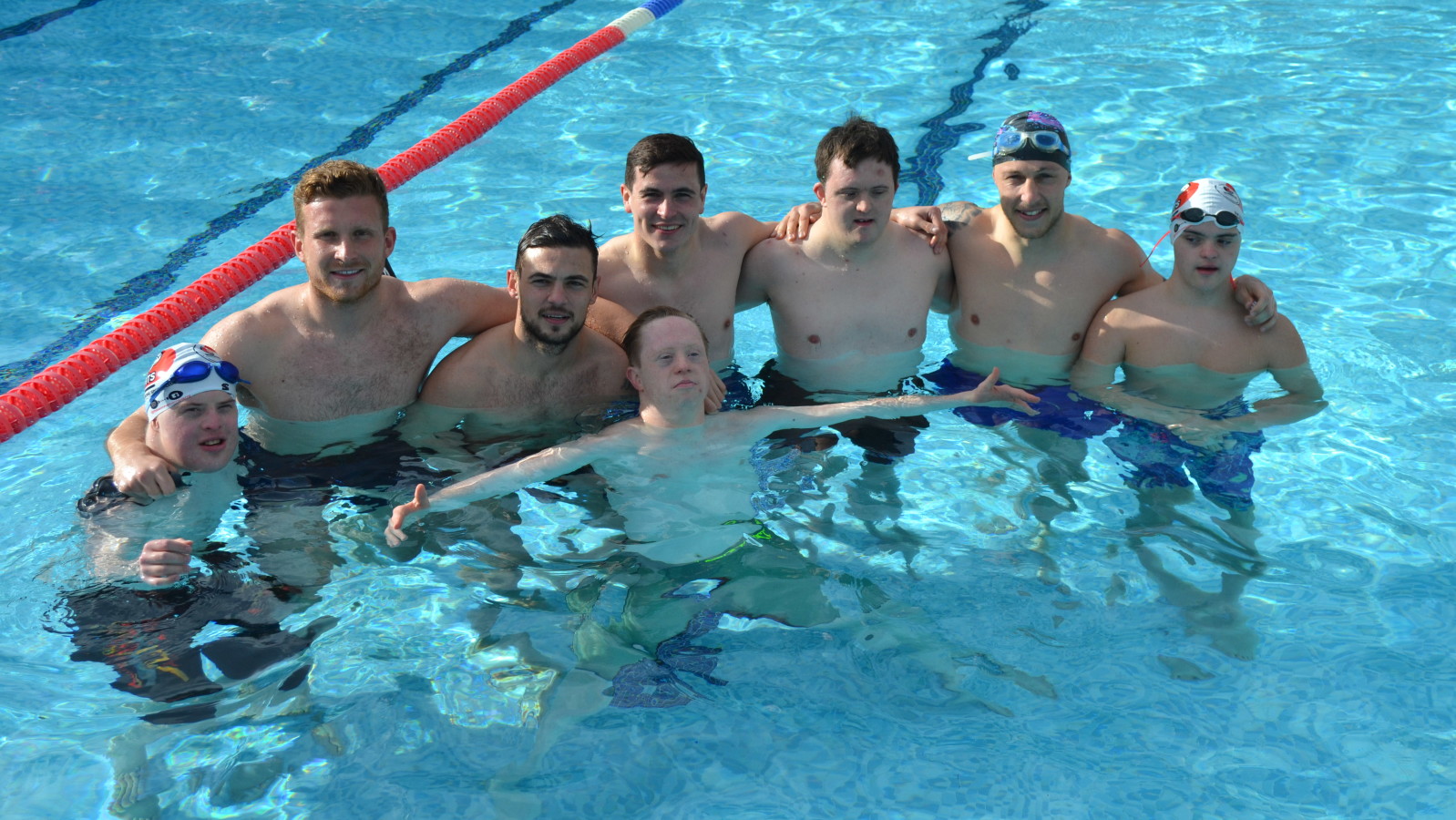 Ahead of today’s World Down Syndrome Day, four Charlton first-team players took on the Charlton Upbeats in the second annual Players vs. Upbeats swimming race.

The Upbeats, run by Charlton Athletic Community Trust (CACT), are a Down’s syndrome football team who regularly win tournaments up and down the country. The swim was to promote the upcoming Upbeats Walk – to raise money for the project – which will take place on Saturday April 13th ahead of the Addicks’ league match against current table-toppers Luton Town.

Last year the Upbeats, led by multiple international gold medallist swimmer Billy Birchmore, beat a Charlton team that included Jake Forster-Caskey and this year he and his teammates wanted revenge.

Forster-Caskey was joined at the David Lloyd in Sidcup by teammates Dillon Phillips, Josh Cullen and Chris Solly with the team led by Addicks boss Lee Bowyer.

The players edged out their opposition to the surprise of their manager. Bowyer said: “I think that is the first time I have ever put a team out that I have been scared that I am going to lose but it was a great race and I think another couple of lengths more and then the Upbeats probably would have caught us.”

Charlton first-team captain Jason Pearce managed the Upbeats on the day and he said: “The Charlton lads have worked hard for the last few months to be fair coming in the morning early and working hard, so they have done well but my lads, the Upbeats, will be back. We will be working hard and going back to the drawing board.”

Carl Krauhaus, CACT’s Head of Early Help & Prevention, who organised the event, said: “For me it just shows how the project has grown. With the support it gets from the club, our sponsors and the fans, we are looking forward to this year’s Upbeats Walk and I hope the fans come out and support this great project again.

“Last year was a great event but fundraising was down slightly, this year we want to have a bit of a push to try and get that level of fundraising back up which really secures the future of the project for the next couple of years because it’s an amazing project.”

The Upbeats Walk on April 13th starts at the club's training ground in Sparrows Lane. Everyone that will be part of the event will travel nine miles make it to The Valley in time for kick-off in the club’s game against Luton Town.

Currently in its 11th year, the Upbeats programme is fully funded by your voluntary donations. Click here to sign up to the walk and make a difference.