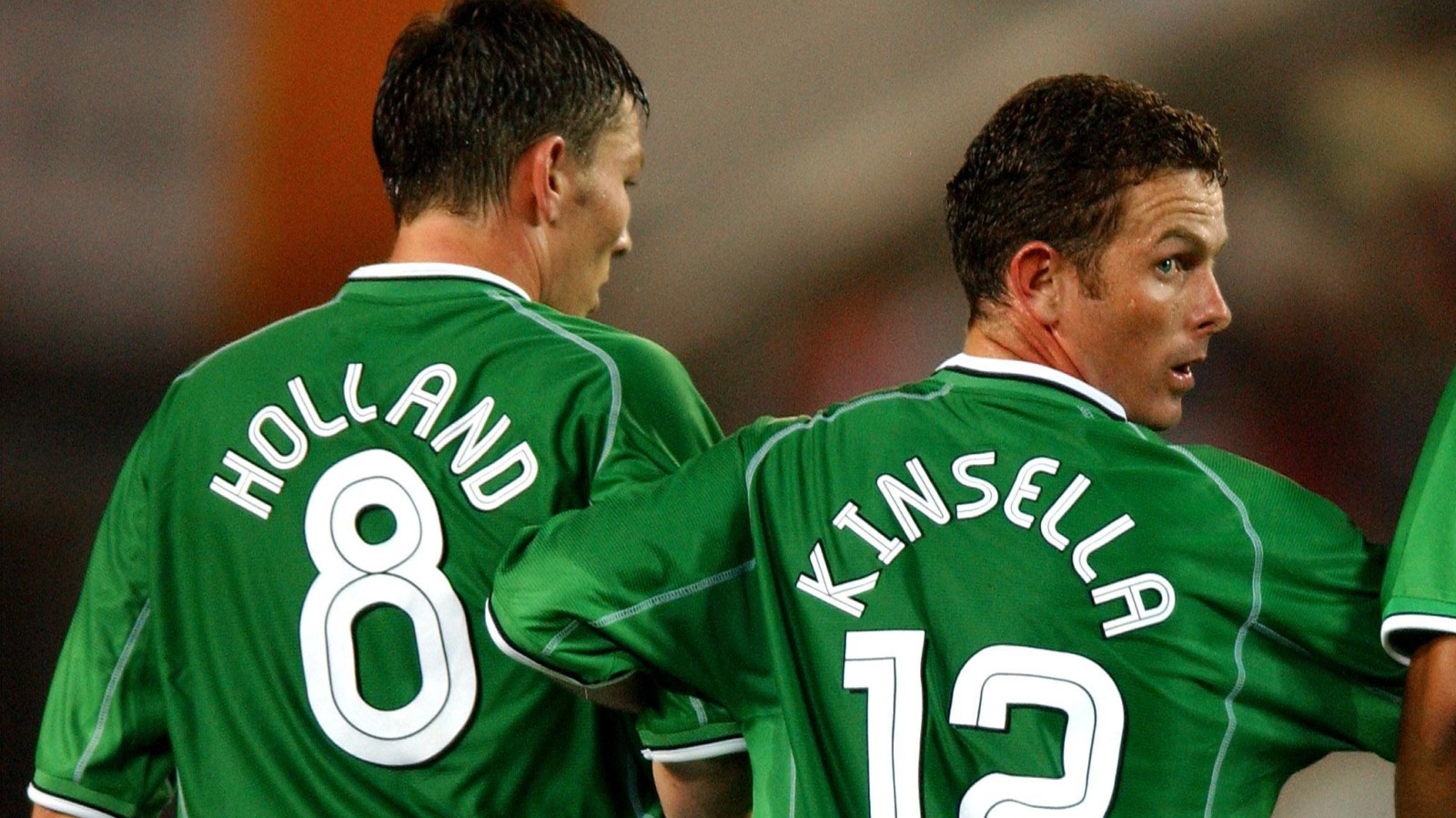 After an impressive 2018/2019 season following his loan move from Premier League side West Ham United, Josh Cullen could become the seventh Charlton player to play for the Republic of Ireland senior side.

If he does play for Mick McCarthy’s side against Gibraltar and Georgia in either of their first two Euro 2020 qualifiers, then he will join the likes of Andy Reid, Dean Kiely, Mark Kinsella, Matt Holland, Eamonn Rogers and Ray Treacy as an Irish international Addick.

Here's the lowdown on every Charlton player to have represented Ireland at senior level:

The last player on that list was the first of any Charlton players to ever to wear the shirt for the Boys in Green and featured in his first match while a Charlton player on Wednesday 15th May 1968.

Playing at Dalymount Park in Dublin the game ended 2-2 as Treacy played the full 90 minutes in that draw with Poland. Following that match, the striker went on to start nine more matches and make four sub appearances during his three-year spell playing for the club he never scored for his national side.

Rogers arrived at The Valley from Blackburn Rovers and played his first match for Ireland whilst a Charlton player in in 1972 when he played the entire Brazilian Independence cup.

Playing in four matches during that tournament, the midfielder went on to score twice, netting the first in their 3-2 win over Ecuador while the other came in Republic of Ireland’s 2-1 loss to Chile the following game.

He went on to play one more time while at Charlton in a World Cup qualifier that they subsequently lost to the USSR 1-0.

A club legend at Charlton, the midfielder is most capped Addick that has worn the Republic of Ireland jersey, playing 33 times for his country, which included a substitute appearance against Nigeria.

Kinsella made his debut for the Boys in Green 1998, starting with a 2-1 loss to the Czech Republic.

Back in 2002, the midfielder became only one of two Charlton players to feature in the World Cup in South Korea and Japan for the Republic of Ireland, he netted three goals while being a Charlton player and featuring for his country.

Kiely is the only goalkeeper to have played in front of The Valley faithful and then gone on to play for the Republic of Ireland. although academy graduates Darren Randolph and Rob Elliot would both earn full international honours following their departures from SE7.

Kiely went to the same World Cup as Kinsella but never played, making the bench on every occasion.

During his time as a Charlton player, he received his first ever cap, coming on as a substitute for Alan Kelly in the 61st minute during the Republic of Ireland’s 1-1 draw with Turkey, but failed to save the penalty that equalised that match.

The keeper played for his country seven times which included three appearances as a sub, during those seven times he kept five clean sheets including when they beat Scotland, Finland and Denmark.

Holland is one of the more recent players to represent the Republic of Ireland. During his time as an Addick, he played for his country 16 times, scoring one goal which came in their 1-0 win over Romania back in May 2004.

The midfielder also featured at the World Cup in 2002, 12 months before he joined Charlton. He played every minute of their campaign which saw Republic of Ireland exit in the round of 16 after losing to Spain on penalties.

Reid is the final player to have played in the red and white of Charlton and play for the Boys in Green. His first match since making his switch from Tottenham Hotspur was against the Czech Republic, they drew 1-1 with the midfielder being subbed off in the 72nd minute.

Following that match, he went on to play six more matches as an Addicks player scoring his first and only goal while being at Charlton in Republic of Ireland’s 5-0 win over San Marino.