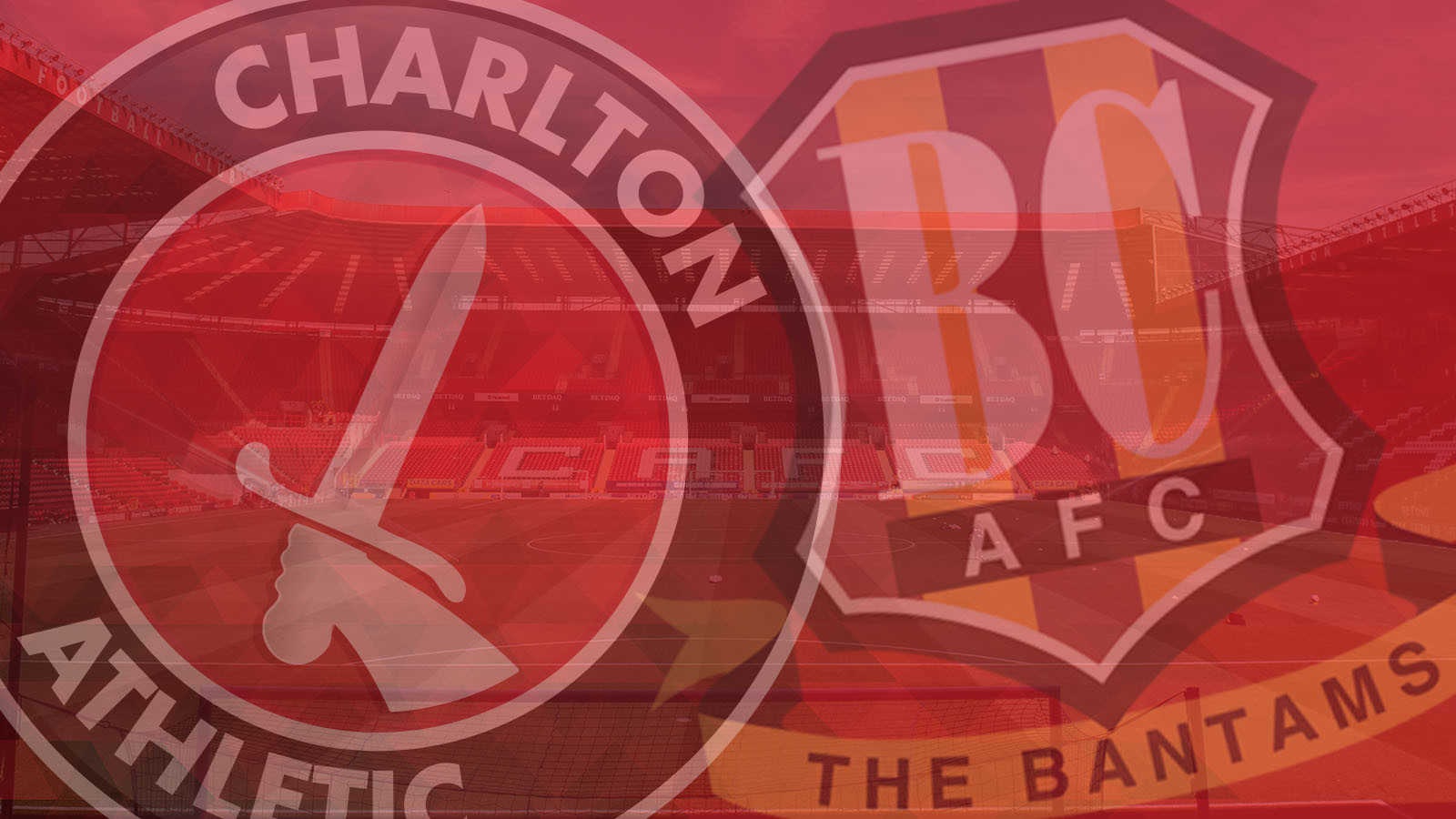 Charlton will be hoping to continue their fine home form when they welcome Bradford City to The Valley on Saturday afternoon (3pm).

The Addicks have the chance to secure their 20th league victory of the season - which will equal the total number of games they won in the whole of last season - while visitors Bradford are in need of the points as they scrap for survival.

A win for Lee Bowyer’s Charlton side will consolidate their play-off place and will, hopefully, see them close the gap on the top two.

Tickets for Saturday's game are on sale and you can purchase yours online by clicking here.

Jonny Williams has recovered from his hamstring problem and is likely to be in the squad.

On Thursday, Lee Bowyer gave an update on Jake Forster-Caskey, who has trained with the first team this week but still won’t be involved in the squad yet. Lewis Page remains sidelined.

Bradford expect to have Sean Scannell back from injury, following five months out. He recently returned to training following a stress fracture in his back, but he may only make the bench.

Tickets for Saturday’s home game are on sale and they can be purchased online by clicking here or by calling 03330 14 44 44 up until 1pm on Saturday. They will remain on sale in person from The Valley right up until kick-off.

Charlton Boss Lee Bowyer: “Personally, I can’t see why Bradford are down there. Their front three are good players; Doyle was one of the top scorers in the league last year, Ball got promotion with Rotherham last year and Payne is another good player. Those three can hurt you on their own.”

Bradford Boss Gary Bowyer: “If I was them [the players], I know what I would be doing this weekend. There quite simply has to be a reaction from what we served up against Blackpool. That is the challenge we have put to them, as we prepare to go up against a very good Charlton team.”

Saturday’s game against Bradford will be the 28th meeting between the Addicks and the Bantams. Charlton have won 10, with seven draws and 11 wins for Bradford.

The Addicks’ last six games record against The Bantams is good, with nine points picked up from a possible 18, dating back to 2001.

Charlton won the reverse fixture comfortably, 2-0 at Valley Parade back in September 2018.

This time, we wind the clock back to last season when Jake Forster-Caskey netted the only goal of the game as the Addicks won at Valley Parade.

Martin Coy will be the referee for Saturday’s match at The Valley.

He will be supported by assistants Andrew Williams and Leigh Crowhurst and fourth official Bhupinder Gill.

In his feature interview, the midfielder discusses finally putting his injuries to rest, his evolving role in the side and why the relationship between fans and players, as well as The Valley’s electric atmosphere, has played such a big part in the team’s success this season.

On Saturday, the Fans’ Bar will be showing the early kick-off between Fulham and Manchester City and the late game between West Ham United and Everton.

A number of options will be available on the East Street menu for Saturday. As well as a ‘sausage of the match’ – which changes every matchday – portions of chips will be on sale and, as a sweeter option, muffins and jam doughnuts will be available amongst other things.