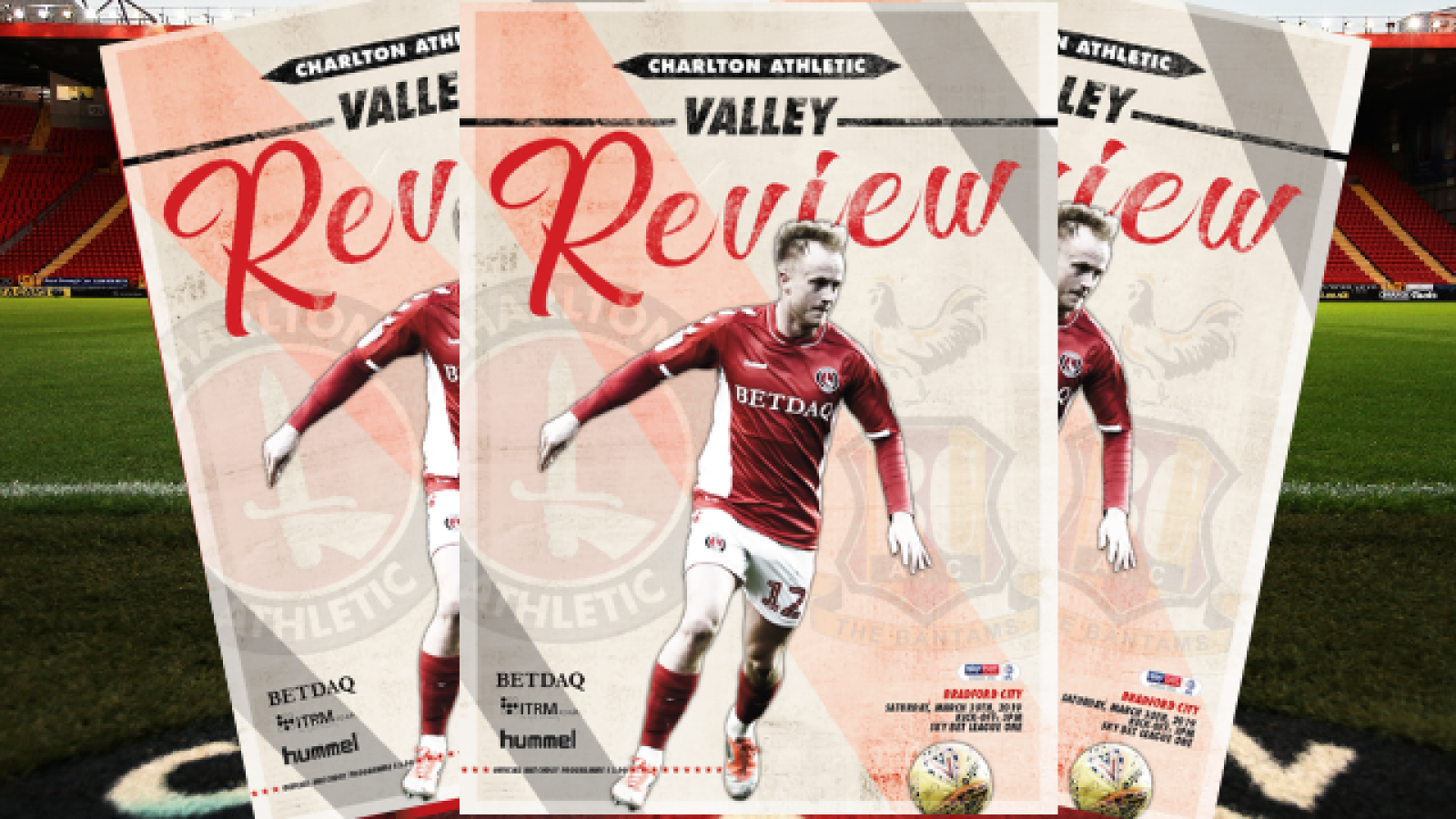 In his feature interview, the midfielder discusses finally putting his injuries to rest, his evolving role in the side and why the relationship between fans and players, as well as The Valley’s electric atmosphere, has played such a big part in the team’s success this season.

Elsewhere in the 64-page Valley Review, Lee Bowyer reflects on the international break in his latest manager’s column, while Jake Forster-Caskey provides an update on his rehabilitation from serious injury as he makes a return to training.

There is a bumper dose of historical content with an in-depth look back at the history of the Jimmy Seed Stand and what came before it at the south end of The Valley, while Steve Brown goes into great detail as he picks his ‘Addicks XI’ team, based on the players he played alongside during his Addicks career.

As well as all the latest club news, the latest academy and women’s team action is rounded up and we take a look back on a special event in SE7 last week which saw Charlton’s academy host a Premier League’s Coaching Collaboration Day.

Tickets for Saturday's clash against Bradford are still available and can be purchased by clicking here.