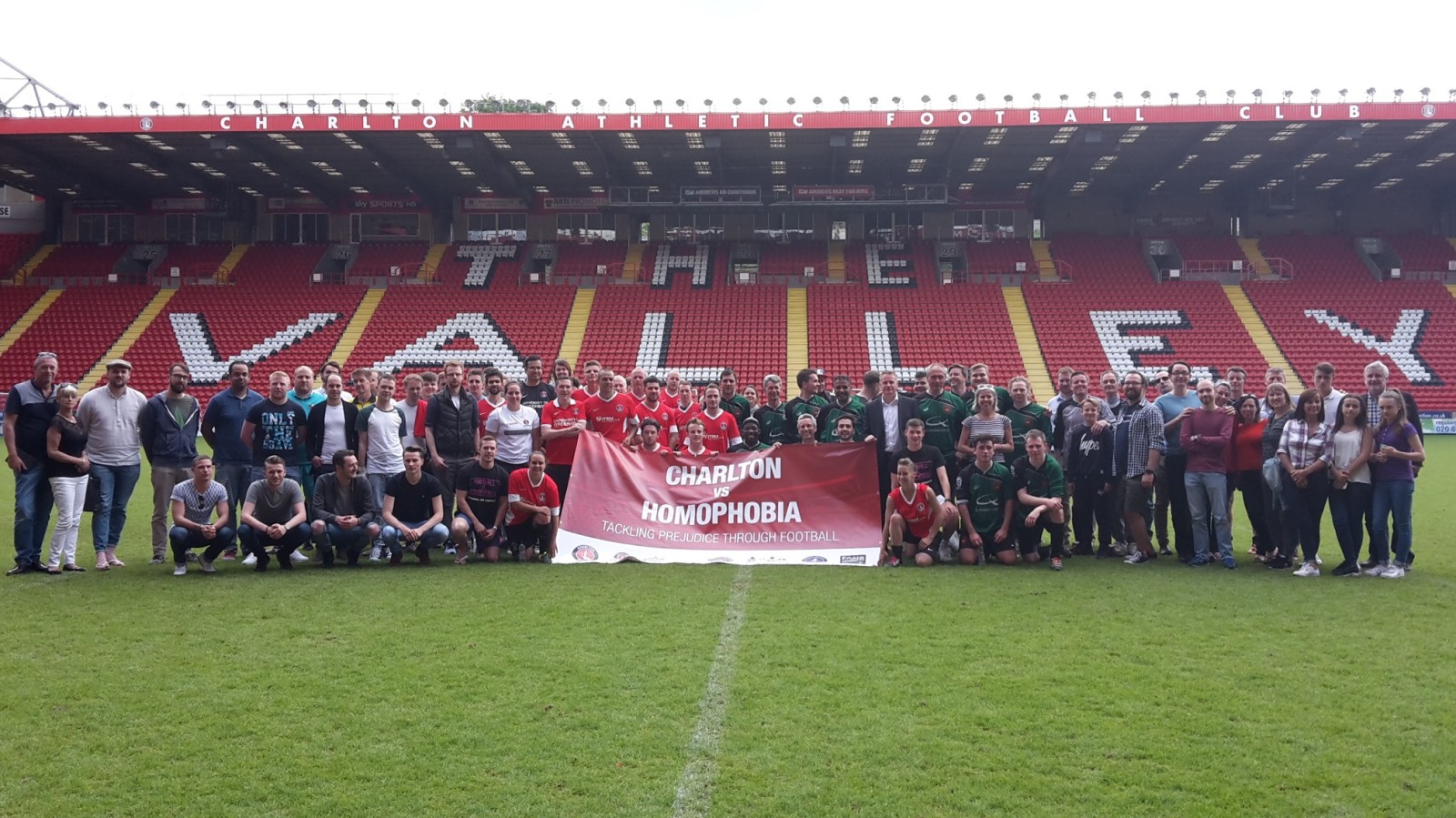 Charlton Athletic, in association with the Proud Valiants, will host the fourth annual Charlton v Homophobia football tournament at The Valley to help raise the profile of LGBTQI+ football.

This year’s event will take place under the floodlights on the evening of Monday, May 27th with six LGBTQI+ friendly teams taking part in a round-robin 11-a-side tournament.

The annual tournament began in 2016 and forms part of a wide-range of activities put on by the Charlton family aimed at tackling homophobia in football.

This year’s tournament will include the Proud Valiants, the club’s official supporters group for LGBTQI+ fans and allies, as well as Charlton Athletic Community Trust (CACT) Invicta, who in 2017 became the first club, trust-affiliated LGBTQI+ friendly football team.

Other teams taking part will be announced in due course.

This year’s tournament will again be supported by CACT, which deliver a wide range of programmes designed to promote equality and tackle discrimination, including issues relating to identity, gender and prejudice.

Chairperson of the Proud Valiants Rob Harris said: “It is with great pleasure we are co-hosting this event with the club for the fourth year. Homophobia and transphobia have no place within football. Charlton has a proud history fighting prejudice and making The Valley a safe, inclusive stadium for all fans.

"Events like this tournament are essential to educate and make people that aware that football supporters reflect society. It also allows younger people, people who view themselves as a member of the LGBTQI community to know they are not alone, that football is for them and that they have a right to love it.

"This events sends a clear message that Charlton Athletic support the Proud Valiants 100% and as a club and supporters group we will continue to promote diversity and fight prejudice until football is truly inclusive for all."

Charlton Invicta Player/Manager Gary Ginnaw said: “We’re delighted to be taking part in the Charlton v Homophobia tournament once again. The event showcases the support the Charlton family has for one another as well making a stand against all forms of discrimination including homophobia within the game.

"It also impacts the local community with families, students and young children all in attendance as players, spectators and volunteers for the event. Together we are truly helping to make football everyone’s game.”

•       The continued support of the Proud Valiants, one of the country’s first supporter groups for LGBT

•       CACT delivers a wide range of programmes designed to promote equality and tackle discrimination, including issues relating to identity, gender and prejudice, and has a dedicated Equality, Diversity and Inclusion strand

•       The Charlton family being represented at Pride in London