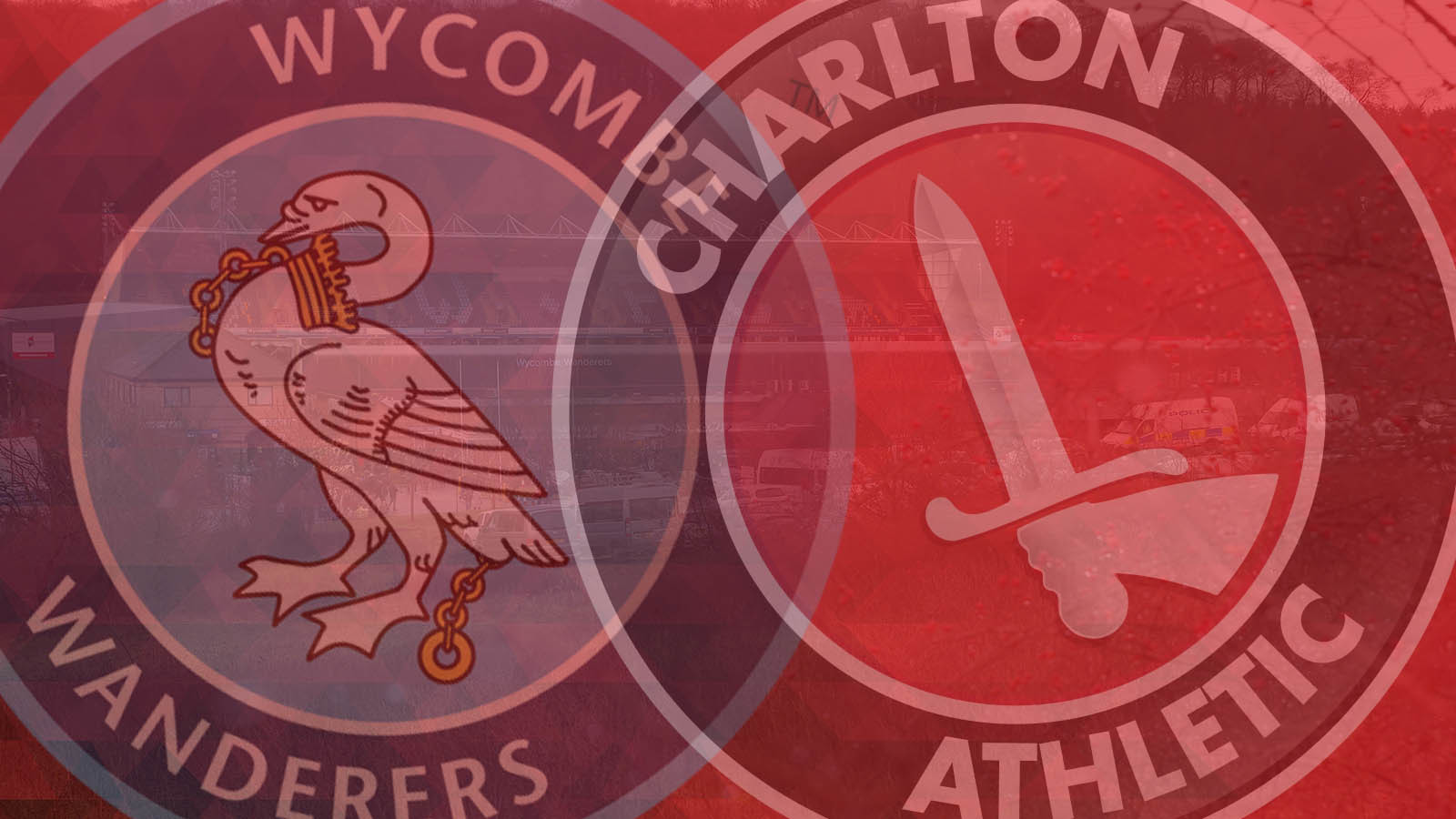 Charlton will be looking to extend their nine-game unbeaten run when they travel to face Wycombe at Adams Park on Tuesday evening (7.45pm).

The Addicks have won five of their last seven games in Sky Bet League One and are now just six points off an automatic promotion spot.

Lee Bowyer’s side have almost secured a play-off place, having opened up a 13-point gap over seventh-placed Peterborough United.

Wycombe, meanwhile, are in desperate need of points for other reasons, having lost eight of their previous nine matches. The Chairboys are without a win since January and sit just a point above the relegation zone.

Jake Forster-Caskey and Lewis Page have both recently returned to training but both are unlikely to be in the Addicks’ squad. Krystian Bielik is a doubt with an ankle injury, having limped off after 63 minutes of Saturday’s victory at Plymouth.

Wycombe are likely to have on-loan Manchester City winger Luke Bolton back following an injury suffered in mid-March. Gareth Ainsworth will have an almost full squad to pick from, with centre-back Darius Charles the only long-term absentee.

Charlton boss Lee Bowyer: “Hopefully they [the fans] travel in numbers because we always do well when the fans are bouncing. Wycombe is a Tuesday night game so it will be a lot harder for fans to get to it.

“I have a feeling this season is just getting more and more magical for Charlton and I really do feel this is our season to get back into the Championship.”

Wycombe Manager Gareth Ainsworth: “This is exciting. We have six cup finals. I hope it is only four and we can enjoy a couple of games but if it goes to the end, it goes to the end. I am up for the fight and I am sure the boys are too.”

Charlton and Wycombe have met just six times previously, with the Addicks winning all five of those meetings in the league.

In those five league meetings, a total of 19 goals have been scored, with Charlton winning the reverse fixture earlier this season 3-2 thanks to goals from Lyle Taylor and Naby Sarr, as well as an own goal.

Coggins has officiated 33 matches this season, handing out 118 yellows and three red cards.

He has overseen two Charlton matches this season, the 2-2 draw at Luton in September and August’s 0-0 draw at home to Fleetwood.

His assistants will be Daniel Cook and Christopher Kidd, with Nicholas Kinseley as fourth official.

The club have sold out their pre-game allocation of 1,200 tickets but – on the night of the game – the Chairboys will make another 600 seats available for Addicks fans to buy.