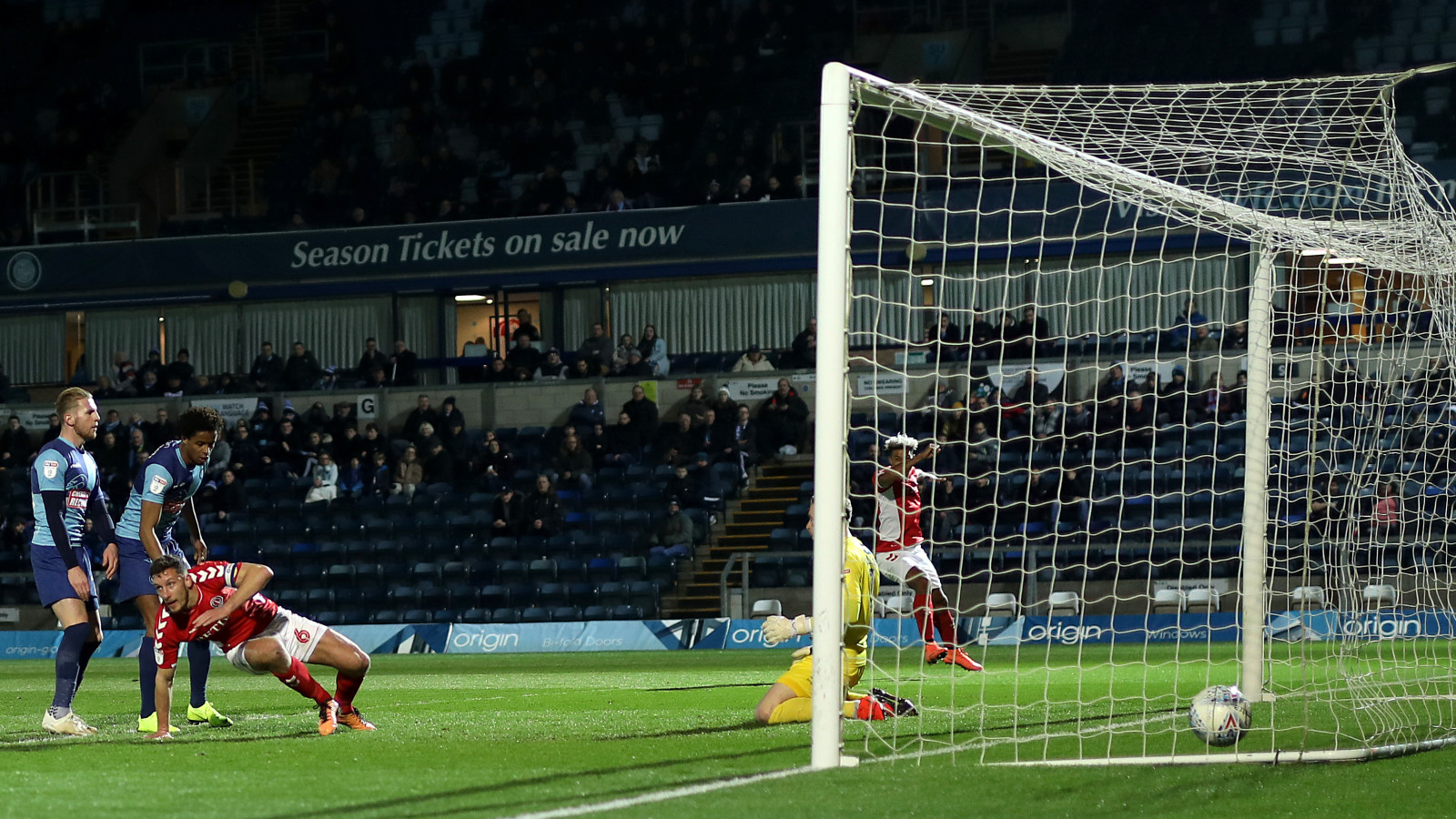 Jason Pearce’s first-half volley earned Charlton another three points on the road as they beat Wycombe Wanderers at Adams Park on Tuesday night.

The skipper powered home a brilliant cross from Josh Cullen 10 minutes before half-time, with the goal boasting many similarities to his only other strike so far this season; the winner at Burton Albion back in November.

The Addicks defended resolutely against the physical Chairboys for the entire 90 minutes and on the couple of occasions that goalkeeper Dillon Phillips was called upon, the stopper stood firm to preserve his clean sheet.

It’s now four shut-outs in a row for rock-solid Charlton and the result moves them to within four points of second-placed Sunderland.

In terms of team news, Lee Bowyer made four changes from the side that beat Plymouth Argyle on Saturday.

Pearce, Anfernee Dijksteel, Darren Pratley and George Lapslie all came into the XI, with Chris Solly, Naby Sarr and Jonny Williams dropping to the bench, while Krystian Bielik missed out through injury.

Wycombe’s Scott Kashket tested Phillips with an angled drive inside 60 seconds and, at the other end, Igor Vetokele stung the palms of home stopper Ryan Allsop with three minutes on the clock.

It had been a quick start to the match but things then settled down until the Addicks broke the deadlock on 33 minutes. Charlton held possession well on the right flank before Cullen whipped in a delicious cross that skipper Pearce volleyed home at the far post.

It was a clinical finish from the centre-back and the south-east Londoners almost bagged a second before the break when Vetokele broke forward from the half-way line but saw his shot well blocked by defender Jason McCarthy.

Charlton led after 45 minutes and they started the second period on the front foot, with Lyle Taylor sending a dangerous cross into the box.

Pearce headed at goal from a Cullen corner on 50 minutes but the hosts then had their best chance to date when Kashket aimed a 12-yard strike at goal that Phillips made an instinctive save from.

The game stretched after the chance and imposing forward Adebayo Akinfenwa saw a shot well blocked at one end with Joe Aribo being denied a shooting opportunity by a last-ditch tackle at the other.

On 84 minutes, Vetokele glanced an inviting Taylor cross wide and Wycombe then went close when Phillips had to dive to his right to keep out a diving header from a man in blue.

Wycombe stopper Allsop was called into action on 88 minutes when he had to adjust his feet quickly to block a goal-bound Patrick Bauer header. And that proved to be the final chance as Charlton saw out three minutes of stoppage time to secure another three points.