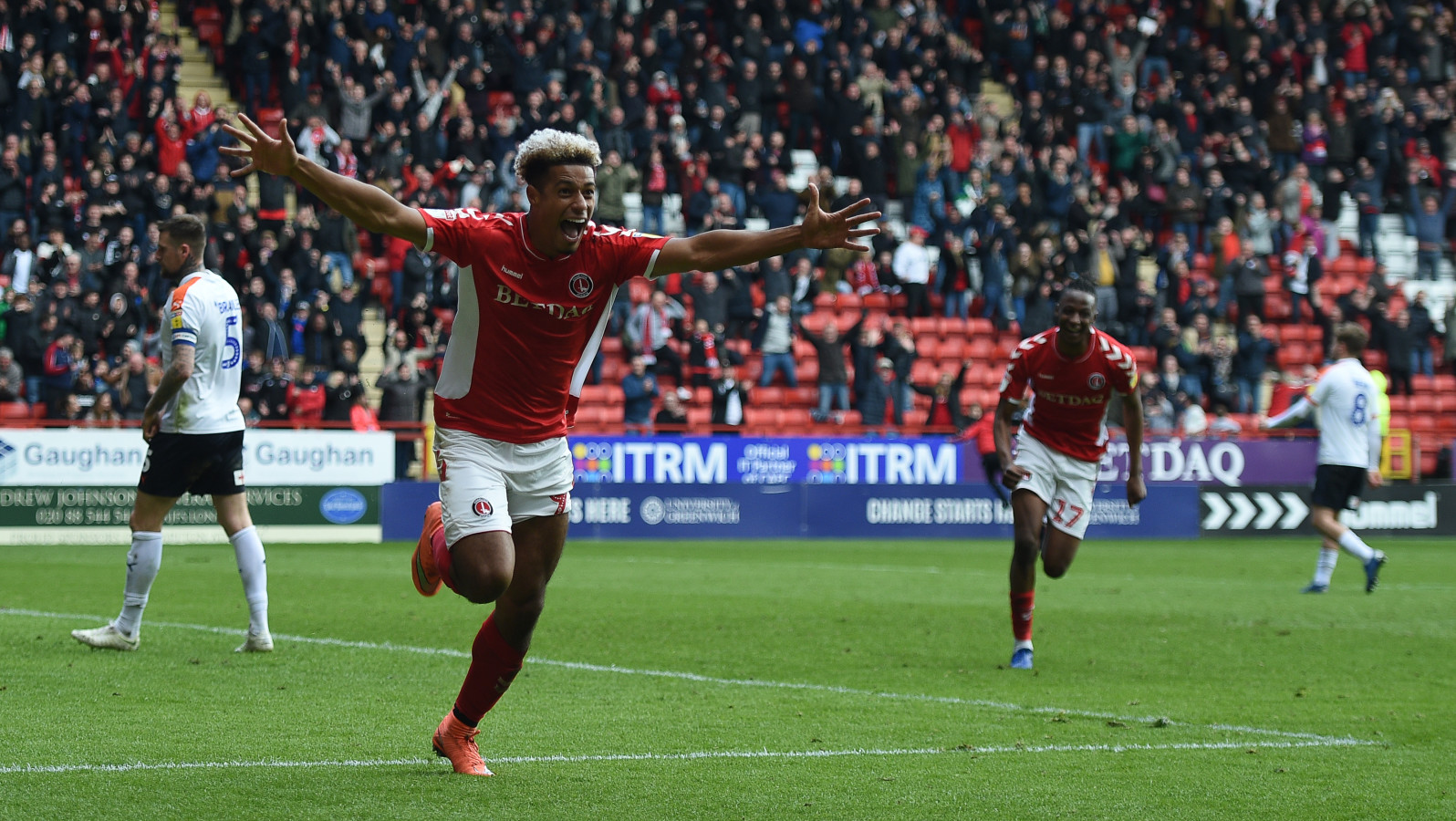 The Addicks beat the Hatters 3-1 at The Valley with two goals from Lyle Taylor and one from Igor Vetokele playing some scintillating football in the process.

It seemed like it was going to be “one of those days” with the Addicks being denied a penalty appeal and Luton goalkeeper James Shea escaping what much of the home crowd felt was a red card but despite going 1-0 a supreme Charlton dominated the second half to go a step closer to securing the minimum of a play-off spot.

With results around them, the Addicks stay in fifth, three points off second-placed Barnsley. With four games to go, if Charlton keep up the fantastic form that has seen them lose only one game in 2019, then automatic promotion is still a possibility.

It took the Addicks just 45 seconds for their first effort on goal when Vetokele slid-in Taylor who dragged a difficult left-footed effort just wide.

The flowing football continued as Charlton pressed the visitors until Luton took their chance against the run of play. Pelly Ruddock-Mpanzu countered on Charlton and waited until the right moment to thread in Harry Cornick who made no mistake to give the Hatters a 15th minute lead.

Dillon Phillips has been in fantastic form since returning to the side at the start of 2019 and added to his impressive highlight reel just minutes later when he tipped wide a George Moncur effort from just outside the area.

The Addicks players and fans took back control and had the better of the rest of the half despite not managing to level the scores.

Taylor came closest just before the half hour with Vetokele again the provider. The Angolan international broke well and, from the left found, Taylor in the middle who managed to shrug off the very physical James Justin just before the half-hour mark, seeing his effort smash into the crossbar.

Minutes later the Addicks faithful felt Luton should have been reduced to ten men when goalkeeper Shea completely took out Vetokele when through on goal just outside the area after a fantastic quick ball forward from Phillips. Shea escaped with just a yellow and Charlton were unable to take advantage with the free kick.

Charlton were feeling even more hard done by just after half-time when Jonny Williams appeared to be clearly fouled in the penalty area by Matty Pearson on a swift counter attack. Referee Ward shook his head and played on to the surprise and dismay of the Charlton players, staff and fans.

The Addicks did get their penalty though in the 53rd minute when Taylor was fouled by Luton skipper Sonny Bradley. The Montserrat international stepped up to take the penalty himself and calmly placed into the bottom right-hand corner of Shea’s goal to level it at 1-1.

With the momentum the Addicks nearly took the lead on the hour mark when Vetokele headed just wide from a Cullen cross but he didn’t have to wait too long for that goal. Just 10 minutes later Bielik picked the ball up in centre midfield and drove forward, bringing the last defender towards him before releasing to Vetokele breaking into the box. The striker’s first time, left-footed effort across the goalkeeper nestled perfectly in the bottom corner as Charlton took a deserved lead.

Vetokele turned provider just two minutes later when his whipped cross from the left was prodded home by strike partner Taylor to give the Addicks a much-deserved 3-1 lead which they never looked like surrendering.

There was even time for Andrew Shinnie to be sent off just before the final whistle for a second-bookable offence after fouling Williams one too many times.