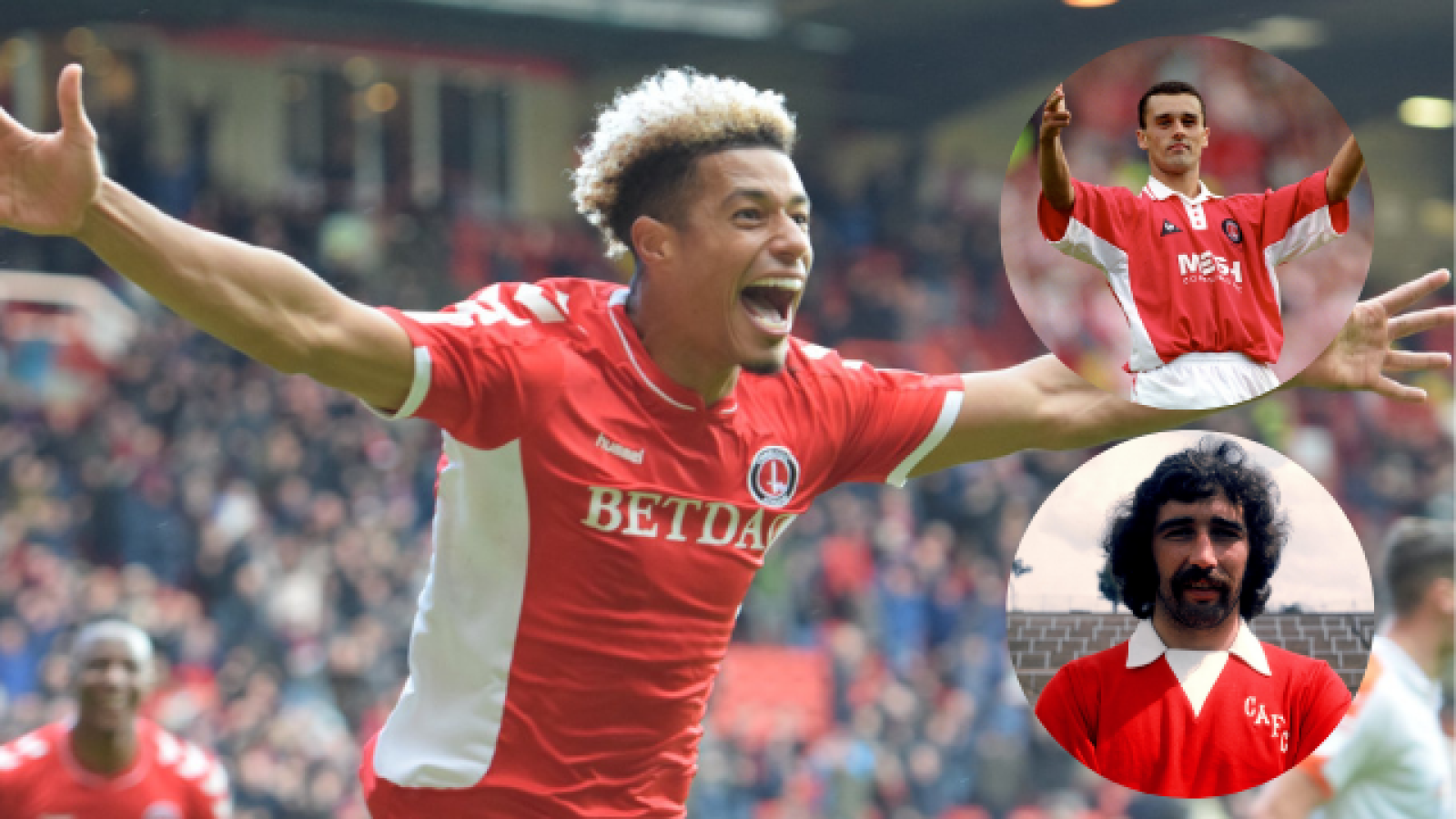 Lyle Taylor’s penalty in the 3-1 victory over Luton Town put him in the club’s history books alongside some illustrious names as he joined the '20 goals a season club’.

The Addicks’ number nine stepped up to stroke his penalty home in front of the Covered End and in doing so became the 20th different Charlton player to hit the 20-goal mark in all competitions in a season since the club turned professional in 1920.

In the 90 campaigns since first joining the Football League for the 1920/21 season, there have now been 32 occasions in which an Addicks player has achieved the feat with nine of those 20 players plundering at least 20 goals on multiple occasions.

The first to manage it was Fred Whitlow in 1928/29. He bagged 22 goals in the league and four in the cup, bringing his tally to 26 as he helped Charlton to the Third Division (South) title and promotion to the Second Division.

Indeed, he repeated the feat in the following season, bettering his tally and scoring all 27 of his goals in the league.

Cyril Pearce took over the scoring mantle in 1932/33, netting 22 times in the Second Division and also hit back-to-back twenties by scoring a total of 29 times in 1933/34.

Ralph Allen holds the club record for most goals scored in a season for Charlton and he achieved it in 1934/35, scoring 32 league goals and once in the cup for a hugely impressive total of 33. Four years later, George Tadman became the fourth player to join the club and he did so in the top flight, scoring 24 times in the First Division in 1938/39. It meant that Addicks fans had been treated to strikers scoring at least 20 goals in six seasons out of 10 as their team worked their way to the top tier.

Next up was Charlie Vaughan, hitting 21 in 1949/50 and then 22 in 1951/52 and it was not long before Stuart Leary became the first Charlton player to score 20 or more goals in a season on three separate occasions.

Charlton were in fine scoring form during those two seasons as Johnny Summers joined the party, joining Lawrie in the club both times as he celebrated 22 goals in 1958/59 and 21 in 1959/60 meaning that the Summers and Lawrie combination netted 43 and 45 goals between them in consecutive campaigns.

Summers had also scored 29 goals in the previous 1957/58 season, meaning he is still the only Addick to hit the 20 mark three seasons in a row.

It would be eight years before the Valley faithful could enjoy another 20-goals-a-season striker and the next came in the form of Arthur Horsfield who was another to hit 20 in back-to-back seasons with 29 in 1972/73 and 20 in 1973/74.

The next scoring hero would go on to become the club’s record goalscorer in all competitions and he came in the form of Derek Hales. The rugged forward found the net on 21 occasions in 1974/75 and scored 31 goals the following season, 28 of which came in the league, before netting 23 in all competitions in 1980/81 during his second spell at the club, becoming the second, and currently last, player to claim the feat three times.

Meanwhile, Mike Flanagan was next in line when he scored 23 times during the 1976/77 campaign while Hales spent a couple of seasons away from SE7.

There would be the longest wait yet for another prolific scorer with 14 years passing until the next player plundered 20 in a Charlton shirt.

David Whyte was the man to break the duck, scoring 21 goals in all competitions during an excellent 1994/95 season for the late striker.

As we move into the modern era, Clive Mendonca will always be remembered for his goalscoring exploits as he helped fire the Addicks into the Premier League with 28 goals in total, including that magnificent hat-trick at Wembley and he was swiftly followed by Andy Hunt in 1999/2000, who etched his name on the scoresheet 25 times as Alan Curbishley’s men secured an immediate return to the top flight.

That brings us to Darren Bent, who holds the club record for the most Premier League goals in one season with 18 in his debut 2005/06 campaign, scoring four in cup competitions to bring his total to 22, while Bradley Wright-Phillips’ 22 goals in the League One title-winning 2011/12 season was the last stop before Taylor’s initiation this term.

With 21 goals to his name so far and with four games of the regular season still to play, there is every chance that the Addicks’ number nine will increase that number as he climbs the list for most goals in a season. Either way, he has etched his name on a list packed full of Valley heroes who will never likely be forgotten.