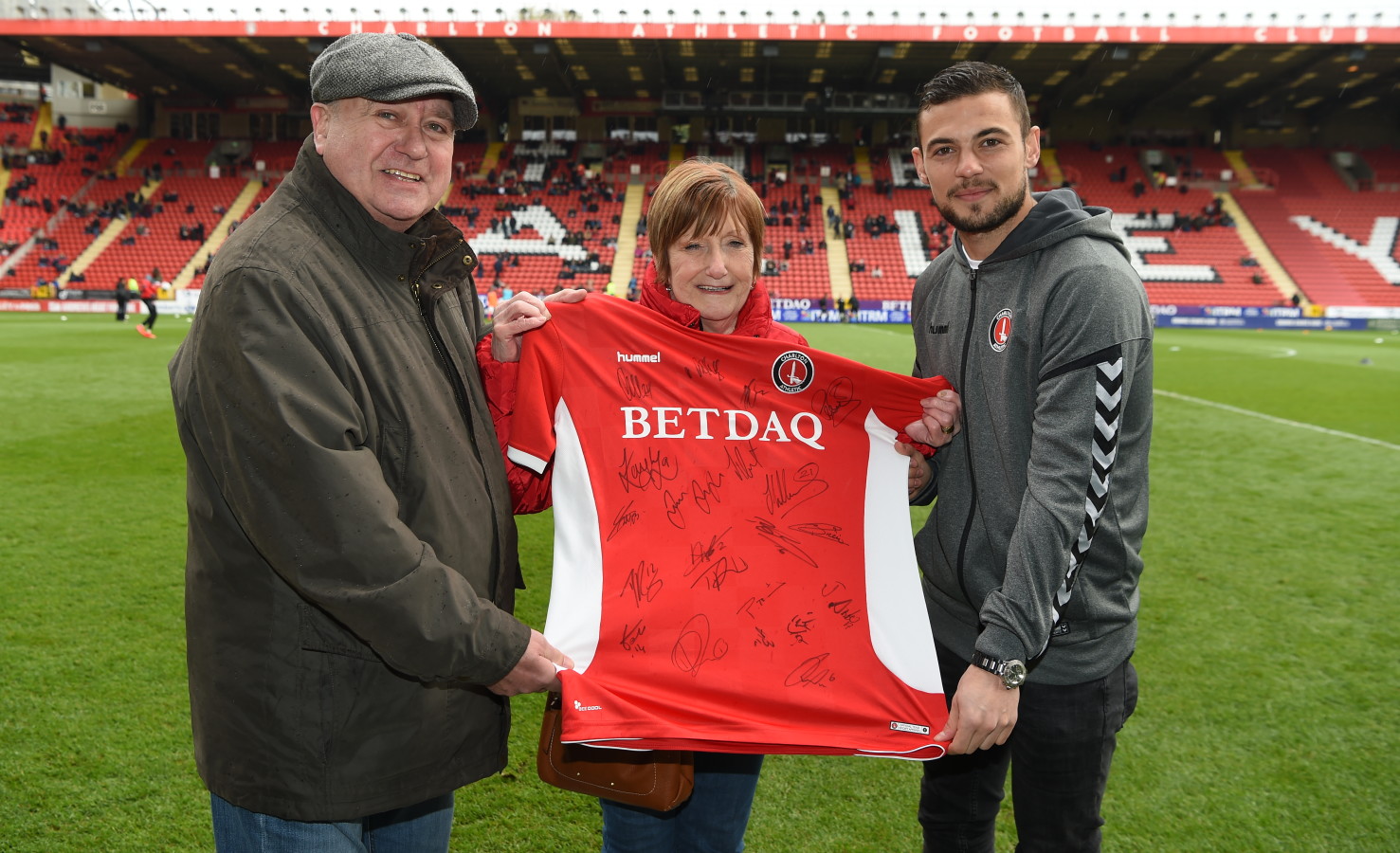 This week Margaret "Peggy" Taylor has been nominated. Margaret comes from a family of Charlton fans and first watch the Addicks play in the 1950s.

Margaret featured in Saturday's matchday programme and was presented by a signed Charlton shirt by Jake Forster-Caskey.

Why I became a Charlton fan: I lived opposite The Valley in the late 50s. They opened the gates at half-time so used to go in. My brothers and their mates used to bunk in before half time. I didn’t really go to Charlton regularly until the 1990s.

My first away day with Charlton: I remember seeing Paul Konchesky’s first game. He was the youngest player at 16 to play for Charlton.

On 25th May 1998 I was: At Wembley when we beat Sunderland on penalties. My brother and his son came down from Norwich. My husband couldn’t go as he was on night work, so he watched the game on tv. It was a great day, I came home and had a Chinese takeaway to celebrate.

My favourite Charlton game (not including the play-off final) was: Last month win against Portsmouth. It was the best game I have seen them play and we were on Sky!

My favourite Charlton player: Was Andy Hunt. He scored some great goals. Had to pack up playing due to illness.

My favourite Charlton kit: Was the 1995-96 third strip. The purple and green one.

The best part of being a Charlton fan is: The atmosphere In the ground, along with the singing.

The Charlton player of the season will be: Lyle Taylor, he is very exciting to watch.

The game I am most looking forward to: is Luton Town, today! Fingers crossed we play like we did against Portsmouth. (editor's note: and what a game it was)