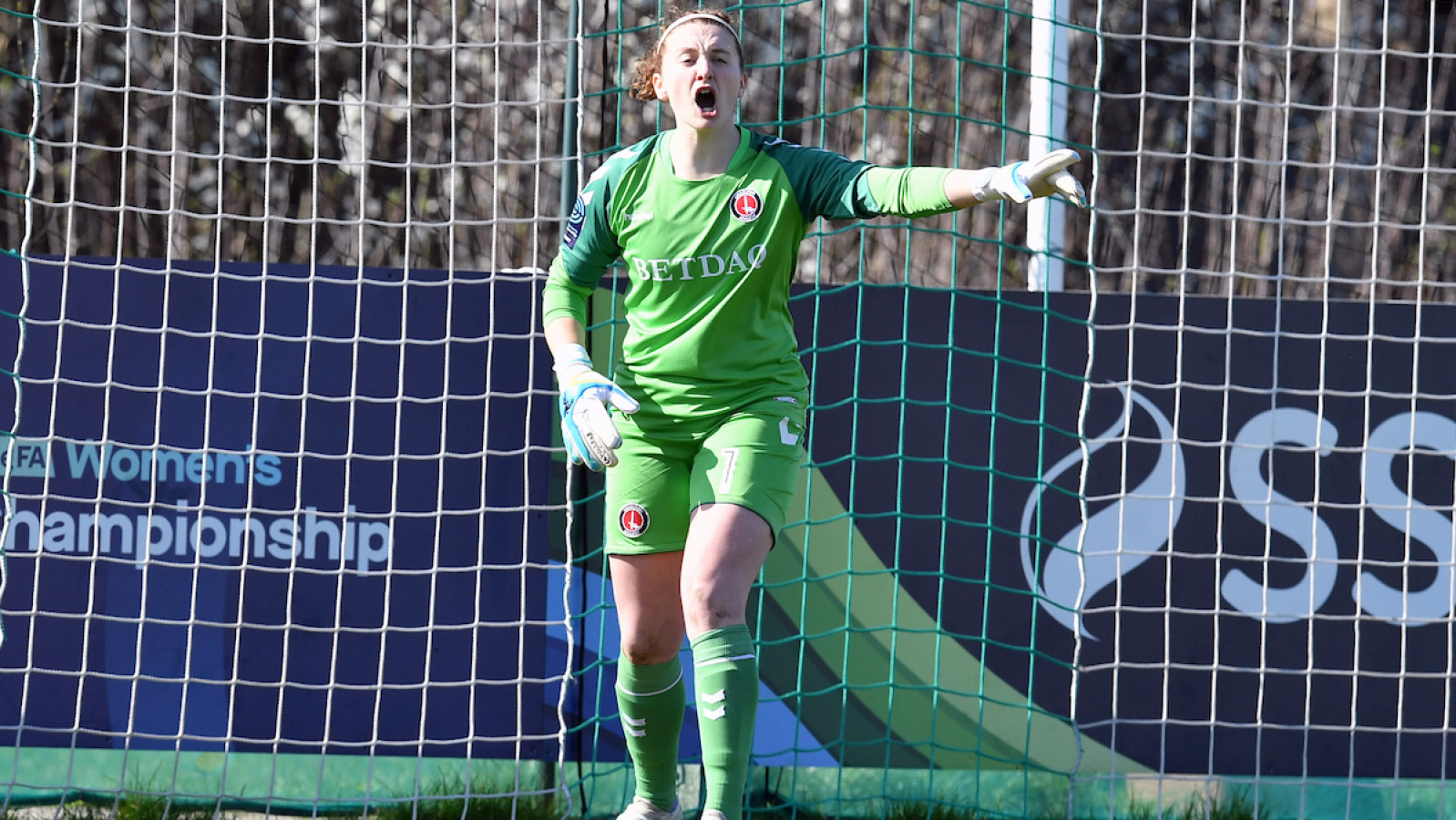 Charlton Athletic Women's goalkeeper Katie Startup feels she and her teammates are ready for what will be a huge game in their bid to finish in the top-two of The FA Women's Championship this season against Tottenham Hotspur at The Oakwood on Sunday (2pm).

With Spurs occupying second-spot and the Addicks just four points behind them in third, Sunday’s match is likely to have a big impact on the situation at the top of the table.

Startup said: “We're two teams both chasing promotion this season. It's quite significant because if we get the three points that takes us to just one point behind them in the league. With two games to go, it puts is in a strong position where we can compete with them and try and get into second-place.

“I think every game from now on is going to be a cup final. We can only do what’s within our hands. We’ve got three games left - we need to win all three games.”

It’s been an incredible inaugural season in the Championship for Riteesh Mishra’s side, having only been promoted from the Women’s National League last season.

She continued: “People have been a bit surprised to see us do as well as we have done. Being the team that was promoted up, I think people expected mid to low-table and we've surpassed everyone's expectations.

“I think not having a big a name as Manchester United or Spurs, no one really knew what to expect from us. At the start of the season, when we were playing all these teams for the first time, we battled and got really good results.

The Charlton shot-stopper and the defence in front of her has played a massive part in this season’s success, letting in just 17 goals in as many games.

She said: “We take our defence with a lot of pride. It's a been a real boost to our strikers as well. We believe in our strikers, we know what they will score, so if we can keep them out we know that there's a strong chance we can score and win 1 or 2-0.”

It will undoubtedly be a thrilling end to the season with plenty more twists in the tale expected between now and The Addicks’ final game of the campaign against Leicester City on May 11th. However, Startup is calm and believes Charlton have enough to overtake Spurs in the top-two of the division.

She said: “I absolutely believe we can do it. I think there’s definitely an opportunity there. We just need to make sure we get our three wins and work hard for the next month or so in order to make that happen.”

Tickets to Sunday's game are available on the door and cost just £6 for adults and £3 for concessions.

Charlton season tickets for 2019/20 start at just £210. You can purchase yours here and add a Women's season ticket from just £25.