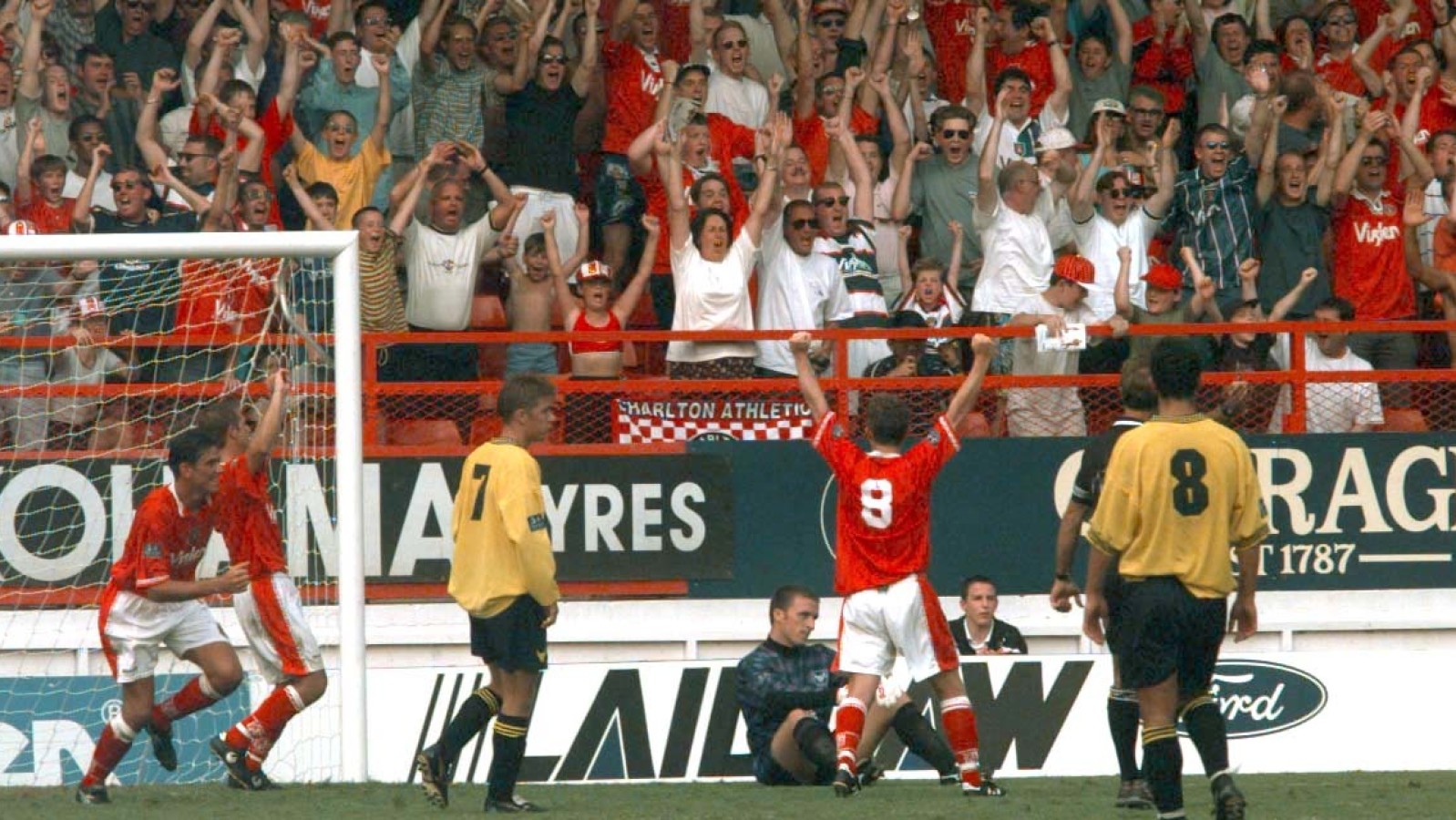 Ahead of today's clash between Oxford United and Charlton, we looked into the Valley Pass archive at some classic encounters between the two teams.

You can listen to live commentary of today's game on Valley Pass which costs just £6.50 a month and also includes Lee Bowyer's pre and post-match press conferences and an extensive archive with highlights from every Charlton game from the last 30 seasons.

A crowd of 4,069 witnessed the Addicks secure an excellent away win over Oxford United at the old Manor Ground.

It was Charlton who drew first blood against Brian Horton’s Oxford team. Academy product Darren Pitcher with a sweet strike from 25 yards that sailed over the head of Ken Vesyey in the Oxford goal.

United got level when Jim Magilton capitalised on a mix-up at the back to smash the ball into the net from just inside the six yard box.

Charlton were the team to come away with three points, though. A long throw-in from Carl Leaburn caused confusion at the back for Oxford and Robert Lee made no mistake when the ball fell to him in the box and fired it into the net.

Charlton secured a fantastic away victory at the old Manor Ground in 1994.

Carl Leaburn got the Addicks off to a good start when he used his pace and power to charge past Matt Elliott and prod the ball past Phil Whitehead into the back of the net.

Leaburn notched up his second goal of the afternoon 15 minutes after the restart when he flicked a wicked delivery into the far corner past Whitehead.

Anton Rogan fouled Kim Grant in the box moments later which Alan Pardew with the chance to score from the spot and he duly obliged.

Charlton scored a fourth when Gary Nelson’s shot deflected off an Oxford defender and into the back of the net.

Charlton secured their first win of the season at The Valley with a thrilling 3-2 victory over Oxford United.

Steve Jones pounced on a sleepy Oxford defence to score his second goal of the season and the first of the afternoon.

Clive Mendonca - who had only recently joined for a club-record fee - scored his first goal for the club to open up a two-goal cushion.

The win wasn’t wrapped up yet, though. Darren Purse pulled one back for Oxford to give the away side some hope.

However, substitute Kevin Lisbie blasted the ball past the Oxford keeper to restore the Addicks’ two-goal cushion.

Nigel Jemson converted a penalty late on to make things nervy for Charlton, but they held on and secured the three points.

The Addicks eased past Oxford into the second-round of the League Cup with a comfortable victory over the U’s at The Valley.

Simon Church opened the scoring on his home debut with a composed finish into the corner after a Joe Pigott shot deflected off Jake Wright and into his path.

Danny Green extended the Addicks’ advantage in the second-half when his long-range effort took a wicked deflection on its way into the back of the net.

Church got his second and Charlton’s third when a dinked ball into the box was lashed into the corner by the former Reading striker.

Pigott compiled Oxford’s misery when he tucked away a late penalty that was awarded after Jordan Cousins was fouled by Jake Wright in the box.

The Addicks faced Oxford another two times in cup competitions that season, drawing 2-2 in the FA Cup in January and winning the replay 3-0 a few weeks later.

﻿You can listen to live commentary of today's game on Valley Pass which costs just £6.50 a month and also includes Lee Bowyer's pre and post-match press conferences and an extensive archive with highlights from every Charlton game from the last 30 seasons.