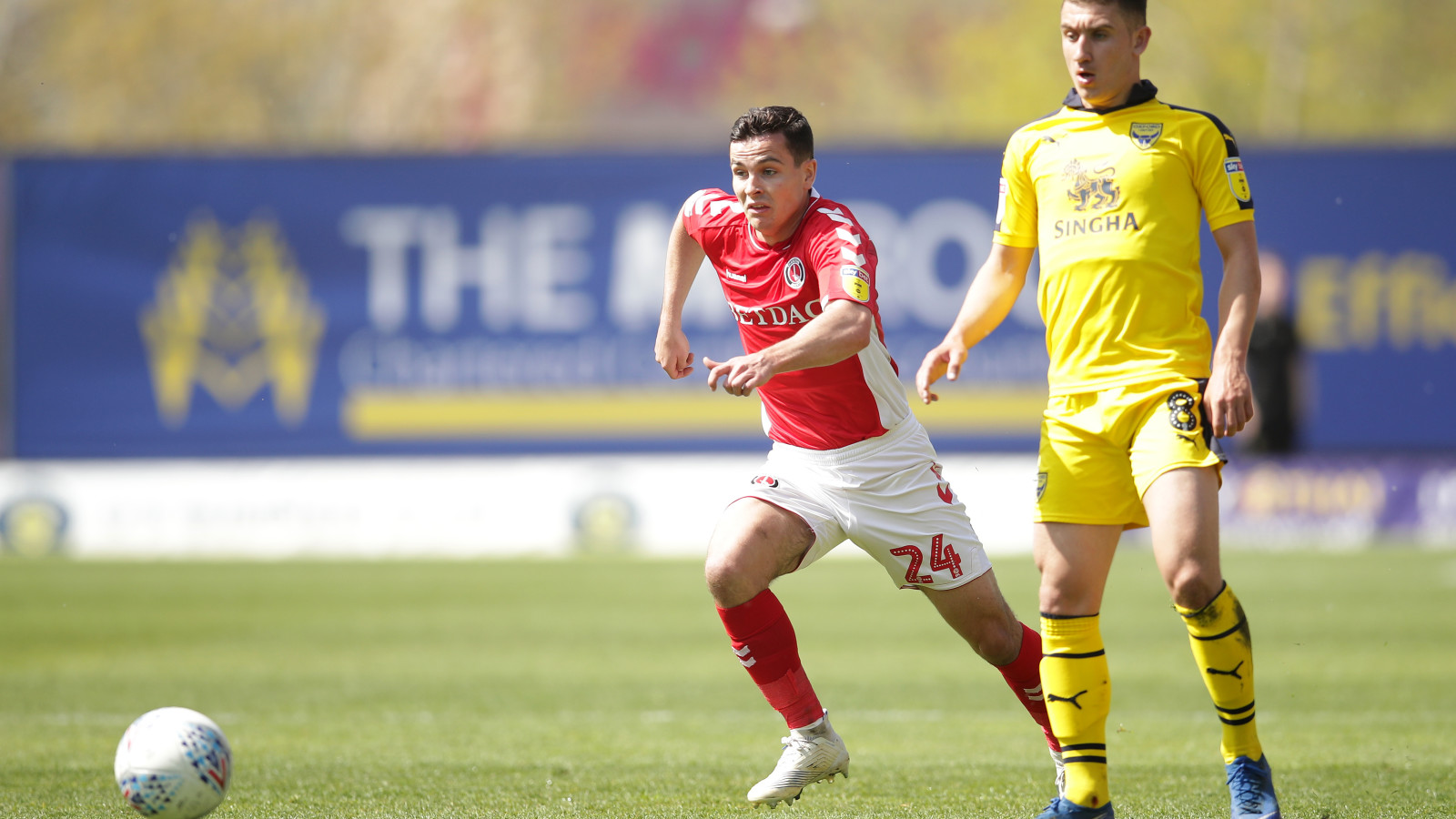 Charlton’s unbeaten run of 11 came to a crushing end at the hands of Karl Robinson’s Oxford United in an action-packed game at the Kassam Stadium.

The Addicks took an early lead through a Lyle Taylor penalty but set-piece goals from Curtis Nelson and Luke Garbutt all but ended Charlton’s automatic promotion opportunities with the U's winning a game that included a sending-off apiece 2-1.

Lee Bowyer made three changes from the side that beat Luton Town last week with Anfernee Dijksteel, Jason Pearce and Ben Reeves replacing the ill Ben Purrington, Naby Sarr, who moved to the bench, and Igor Vetokele, who picked up a minor injury in last week’s win.

The change in personnel meant a change in formation with the Addicks moving away from the 4-4-2 diamond formation that has served Bowyer’s men so well this season. Instead the Addicks played the 4-2-3-1 formation favoured by Oxford’s former Charlton manager Robinson with Joe Aribo in the number 10 role behind Taylor.

Just like last week’s win the Addicks first chance came 45 seconds into the game when a Taylor volley was well saved by Simon Eastwood in the U's goal.

Minutes later and Charlton had a penalty. Aribo capitalised on a slip from former teammate Ahmed Kashi to steal the ball off him high up the pitch. The midfielder charged forward and was brought down by Nelson to give Darren Drysdale an easy decision. Taylor stepped up to take the penalty and smashed the ball to the goalkeeper’s left, giving Eastwood no chance as the Addicks took the lead.

The visitors oozed confidence and Williams had a shot well blocked, Taylor a header comfortably saved and another shot blocked all before the 15-minute mark.

Oxford’s first sight at goal was a Cameron Brannagan effort from outside the area that was headed over by Pearce. From the resulting corner though the hosts levelled the scores with Nelson arriving at the back post to neatly volley home the corner from their right wing in the 18th minute.

It was 2-1 six minutes later when Garbutt curled a beautiful left-footed free-kick from 25 yards out right into the top corner of Charlton’s goal.

Aribo continued to cause the U's problems and was denied a penalty in the 26th minute after going down in the box. Five minutes later he set-up Taylor whose shot was well blocked and fell into the path of Williams who couldn’t control his first-time effort.

Oxford tightened up as the half went on and Charlton returned to the diamond formation for the second half with Josh Parker replacing Ben Reeves.

It was in the 54th minute that the dynamic of the game changed with the dismissal of Eastwood. Chris Solly played forward and Taylor looked to latch onto it, Eastwood got there first but inexplicably caught the ball outside the box giving Dysdale no option but to send him off.

From the resulting free kick Parker’s effort directed just wide and it wasn’t long after that Aribo turned well in the box only to have his effort bundled into the hands of substitute goalkeeper Jack Stevens.

The game turned again in the 73rd minute when Solly was sent-off for a lunging tackle on U's substitute Jamie Mackie.

With 10 against 10 the Addicks still had chances, a Bauer effort was miraculously blocked on the line and Taylor had a header comfortably saved.

At the other end Phillips made a very impressive save to deny Mackie on a swift Oxford counter attack but it wasn't to be for Charlton.

Sent Off: Eastwood (54, hanballing to deny a goalscoring opportunity)