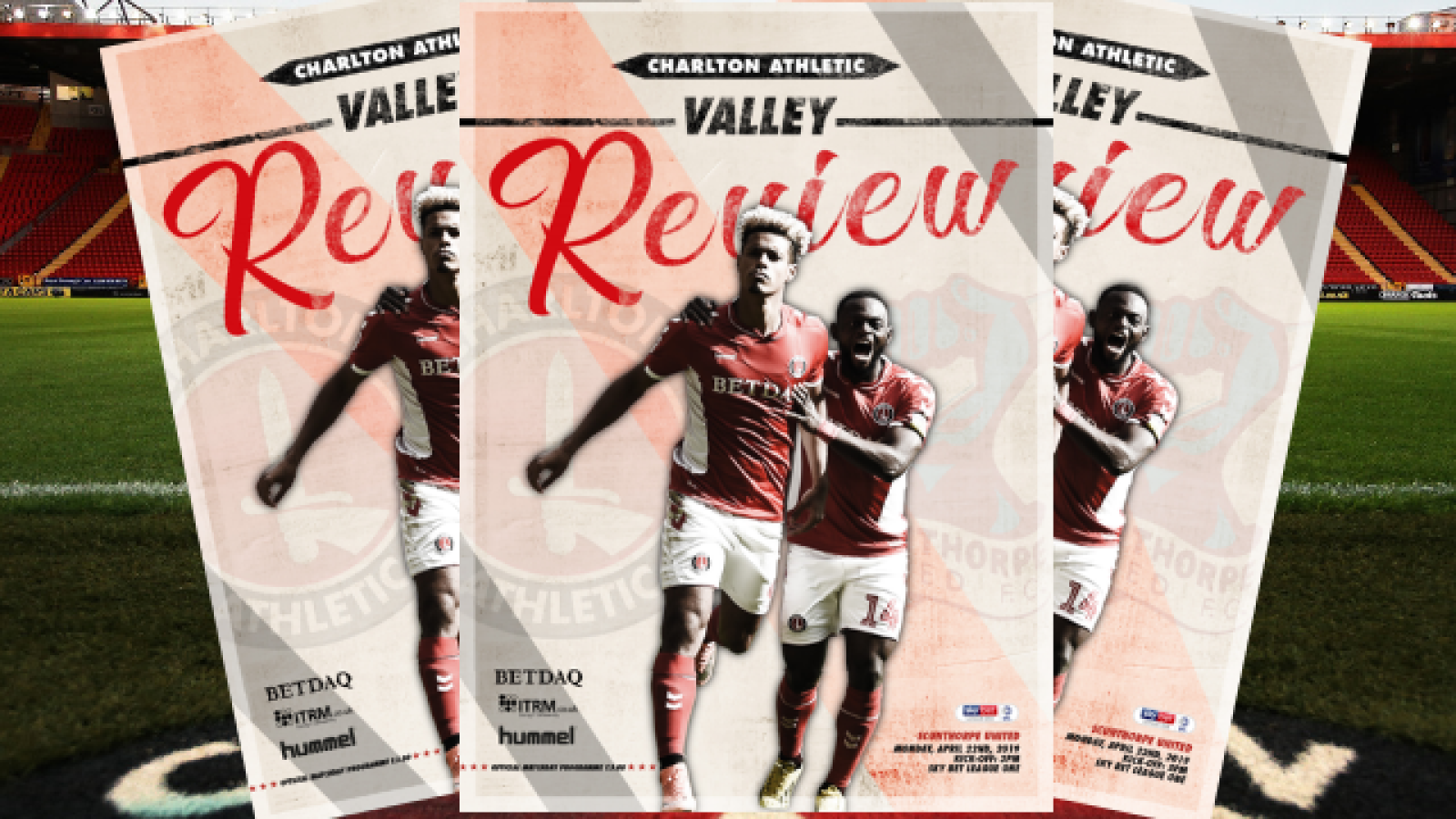 Jake Forster-Caskey is the star of Easter Monday’s official matchday programme for the visit of Scunthorpe United.

The midfielder was expected to miss the entire 2018/19 season after suffering an ACL injury on the eve of the campaign, but has made a quicker-than-expected recovery, getting his first 45 minutes if the season for the U23s last week.

Speaking in his first feature interview after his first run-out in nine months, he discusses the difficult period when he suffered his injury, his extraordinary return to fitness and his hopes of impacting on the first team and helping towards promotion before the season is out.

That game against the Hatters also saw Lyle Taylor break the 20-goal barrier for the season and we take a special look at every occasion in which an Addick has achieved the scoring feat.

The ever popular history features sees a follow-up to a recent article about a town called Addicks in Texas, USA as we learn about a racehorse who shared the club’s famous nickname, and we remember four memorable past encounters against Scunthorpe, while Matt Holland is the next former player to pick his best eleven based in the players he played alongside during his time in SE7.

Tickets for Monday's match remain on sale and can be purchased online by clicking here.