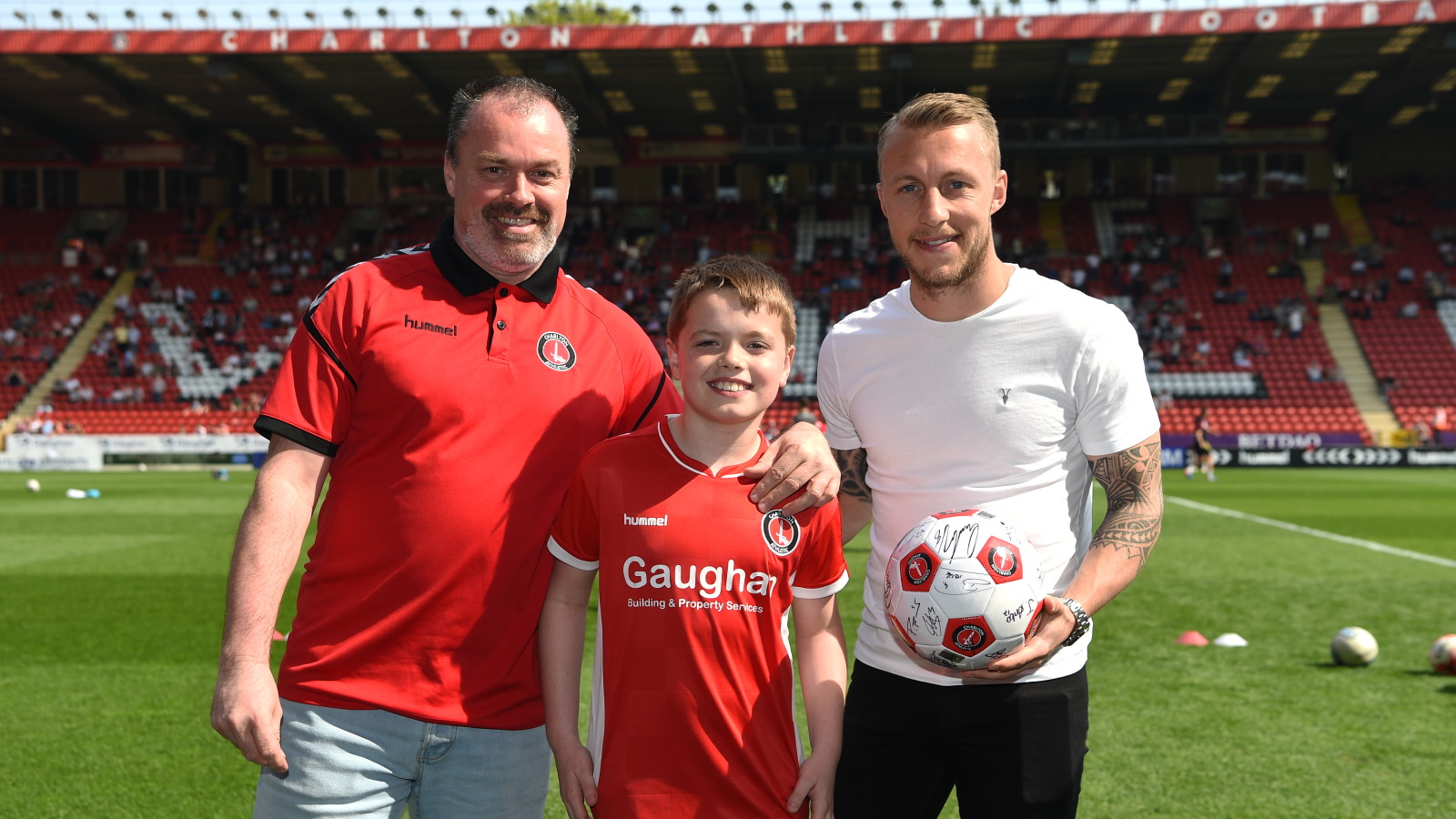 Young season ticket holder Liam Graham follows Charlton up and down the country and sings his heart out at every game.

On Saturday he become the latest winner of Charlton’s Young Fan of the Week award.

The accolade – awarded at every home game – rewards young Addicks fans for showing great support for the team.

Ahead of kick-off against Scunthorpe United, on Easter Monday, Liam was presented with a signed football from club captain Chris Solly. We asked Liam for his Charlton Memories…

- My first game at The Valley was: against Huddersfield, a 3-0 win in February 2015. My memory of this game was a great goal scored by Gudmundsson from a free kick and the wonderful reception that Chris Powell received on his comeback to The Valley as Huddersfield manager, Charlton fans always showing their class.

- My first away game was: Bury away in August 2016 it was sadly a 2-0 defeat, my memories were of the old fashioned turnstiles and the metro from Manchester Piccadilly.

- My favourite Charlton game: was Oldham away last season, September 2017. It was a 4-3 victory to us and my memory of this game was a brilliant goal from around 35 yards out by Ricky Holmes, my dad and I were right behind the shot and we knew it was a goal the moment it left Ricky's foot.

- My favourite Charlton player: is Naby Sarr. My favourite memory of him is when I was mascot at the Portsmouth game for the 25 year Valley return anniversary game and I went out the tunnel with Naby and he kindly gave me his tracksuit after the warm-up as it was a cold day, I still have the jacket at home.

- My favourite Charlton kit: was the last Nike kit from the 2015/16 season which I still keep even though I have grown out of it!

- The best part of being a Charlton fan is: that all of my friends aren't all Charlton fans and follow more seemingly popular Premier League clubs. I also like that the Charlton players are approachable and friendly.

- The Charlton player of the season will be: Lyle Taylor as he has been superb although my vote went to Krystian Bielik who has had a brilliant and consistent season for someone so young.

- The game I am most looking forward to: is the Rochdale home game on May 4th when hopefully that'll be the day when we're confirmed as a Championship team again in 2nd place, if not then at Wembley on the 26th May!

- If Charlton could sign any player in the world: it would have to be Lionel Messi but realistically I would love Charlton to sign Krystian Bielik permanently.