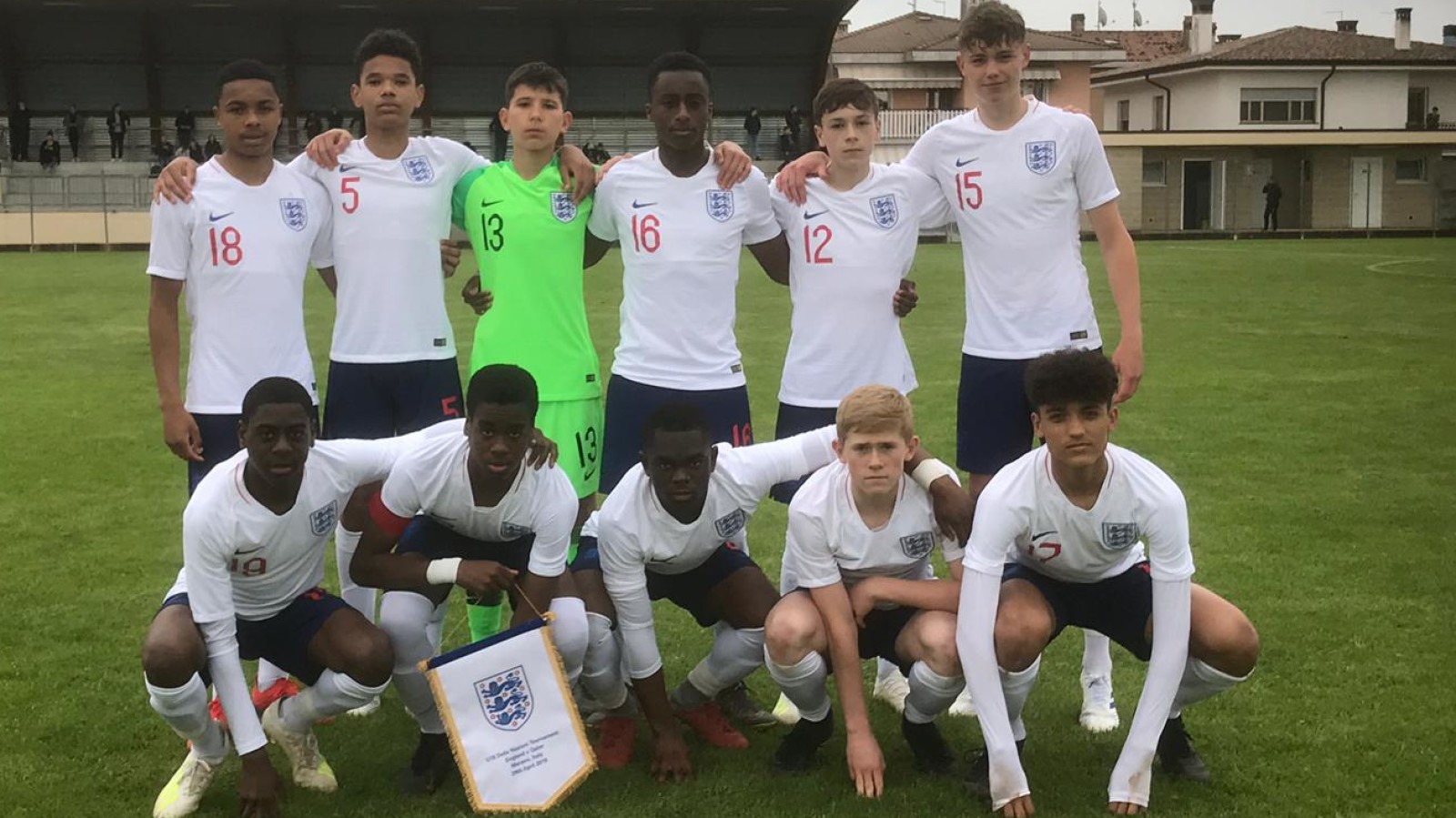 Young Addick James Beadle has been called up to the England U15's team as they travelled to Italy to play against the host nation, Qatar and the Czech Republic.

The goalkeeper made the trip to Gradisca, to take part in the Torneo Delle Nazioni, with the Three Lions at the tender age of 14.

Beadle remained on the bench for England’s 2-1 loss against the hosts, Italy, but was in the starting XI for their 6-0 thrashing of Qatar. Beadle was once again watching from the sidelines as England lost 3-0 to the Czech Republic.

Academy goalkeeping coach Deren Ibrahim made the journey with Beadle and has been impressed with his performances on his first international outing.

“The first few days (James) was nervous as you’d expect because he’s still only 14, and a 14-year-old lad representing England you can imagine how he’s feeling.”

Despite his nerves, Beadle soon settled into the side during England’s comfortable win over Qatar

“After his first touches he settled down a little. He was very good, very confident. He played the England way… He made a great save in the first half to tip a shot onto the bar and he came out for a corner and managed to get a good punch on the ball which set up a good counter so there were positives from the game. It wasn’t just a 6-0 where he didn’t touch the ball.

“Because of the way England play the goalkeeper becomes a real focal point at the back because the ball gets recycled a lot and then England get out on the counter attack.”

Despite his young age Beadle has a good head on his shoulders and is able to identify how to improve.

"After the second day he made good save in training and it’s turned his confidence and he’s been fantastic since then. The goalkeeper coaches’ exact words were that ‘he’s a real credit to Charlton.”

At academy level, Beadle has also had an impressive season for Charlton. Despite being out over the Christmas period, Beadle overcame the setback and came back to hit the ground running making a number of appearances for the U16's.

Continuing on Beadle, Ibrahim said: “He’s a goalkeeper that likes to be set challenges and myself and Peter Lodge (U9-U16 Goalkeeper Coach) are trying to do that for the best for him because he is now an England international so you do want to try and push him but on the flip side you have got to remember that he is a 14-year-old lad as well and you don’t want to sort of take the fun out of football. It’s just trying to get that balance.

Academy Manager Steve Avory also commented on Beadle’s call up. He said: “What’s pleasing to see happen with him is the recognition of a very good technical goalkeeper for his age, who is not actually the tallest. He’s got more growth to come. The FA recognize that, but in terms of his technical ability, his ball-handling as well as his ability with the ball at his feet, the FA clearly see his potential."

"It’s good recognition for a boy who has been at the academy ever since he was in the foundation phase, he’s got an older brother who’s here with the U16's. So, I’m very pleased for him and I’m very pleased for his family for all their hard work and sacrifices made for James over the years. It’s a nice reward for the boy - well deserved."