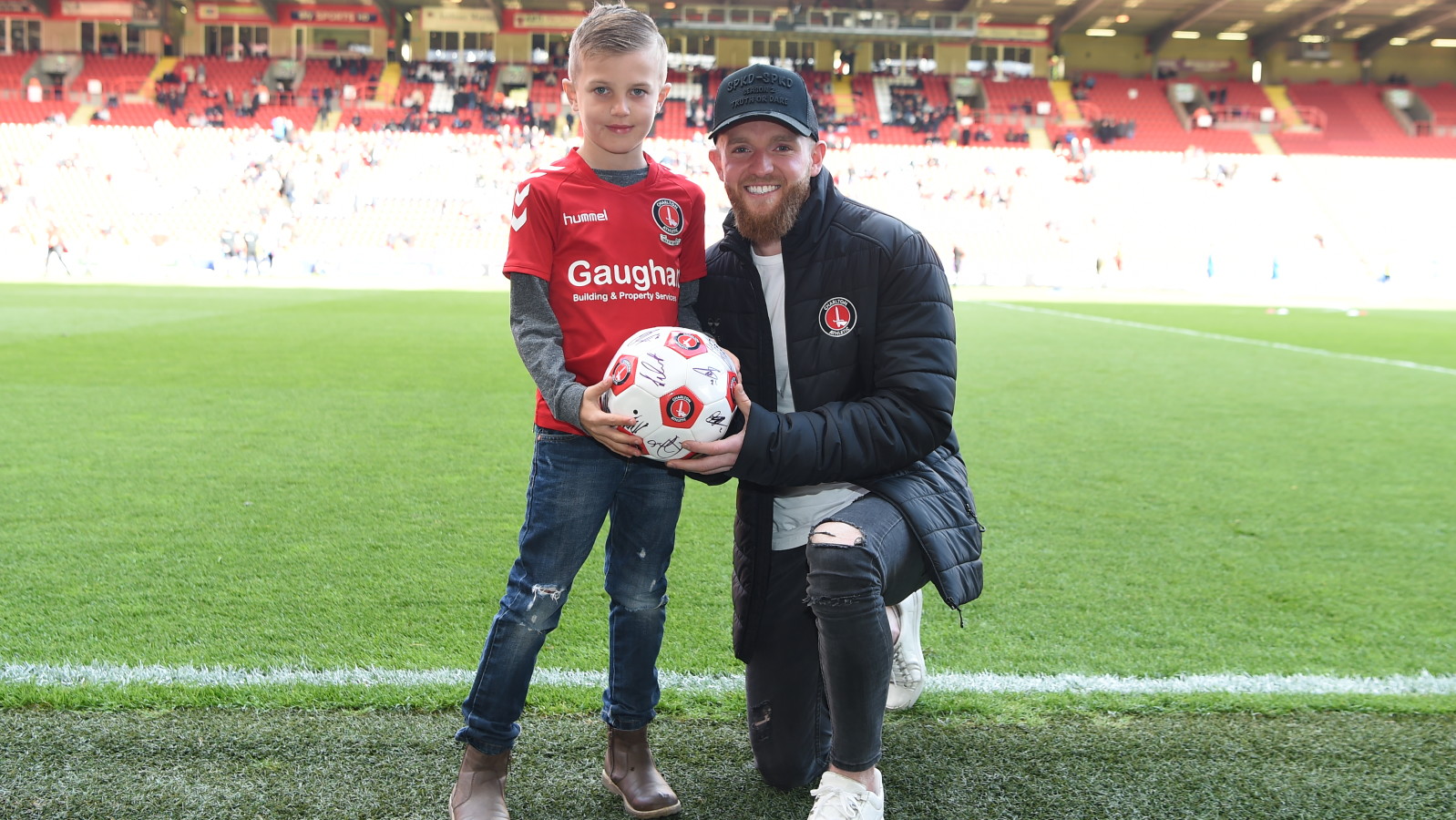 Young Charlton fan Joshua Tomkins cheers on the Addicks week in week out at The Valley and will be making the trip to Doncaster Rovers on Sunday.

On Saturday he became the latest winner of Charlton's Young Fan of The Week award.

The accolade – awarded at every home game – rewards young Addicks fans for showing great support for the team.

Before Saturday's game against Rochdale, Joshua went pitch-side to receive a signed football from Jonny Williams and we asked him for some of his Charlton memories...

My first game at The Valley was… 7th May, 2016 against Burnley. We lost 3-0. I was so excited to be there, the atmosphere was electric, so the result didn’t impact me too much.

My first away day with Charlton was… I haven’t been to an away match yet but the playoff game against Doncaster will be my first away game. I’m hoping it will have many memories for me.

My favourite Charlton game was… Back in January 19th when we played Accrington. Two sending offs and a penalty in the 93rd minute which Grant took and won us the game. It was a fantastic last 10 minutes. Accrington were so angry I thought it was funny.

I also loved being Mascot against Blackpool back in December 2017

My favourite Charlton player is… Lyle Taylor. He shares the same squad number as me and I think he’s awesome. Seems like such a nice man and my mum’s always talking about him. I love his boots and think he interacts with the crowd well.

The best part of being a Charlton fan is… The great atmosphere at every single game, we have the best drummer. It’s a respectable club that all other clubs seem to love and respect. I like seeing and making friends at games. I’m proud to wear my Charlton shirt and proud of my team and club.

The Charlton player of the season will be… Naby Sarr. He’s a fantastic defender and always tries so hard. He’s tall and rarely lets anyone past him.

The game I am most looking forward to is… The play-off final at Wembley. I’m hoping we get Portsmouth as we’ve already beaten them this season and I think we can do it again and get promoted. I’d love to go to Wembley and experience it with Charlton winning it.

If Charlton could sign any player in the world who would it be… Cristiano Ronaldo I think he is a class footballer and the best in the world. I love watching him on YouTube and would love to see him in partnership with Lyle Taylor at The Valley.