Taylor explains his goal and assist in Charlton's win at Doncaster 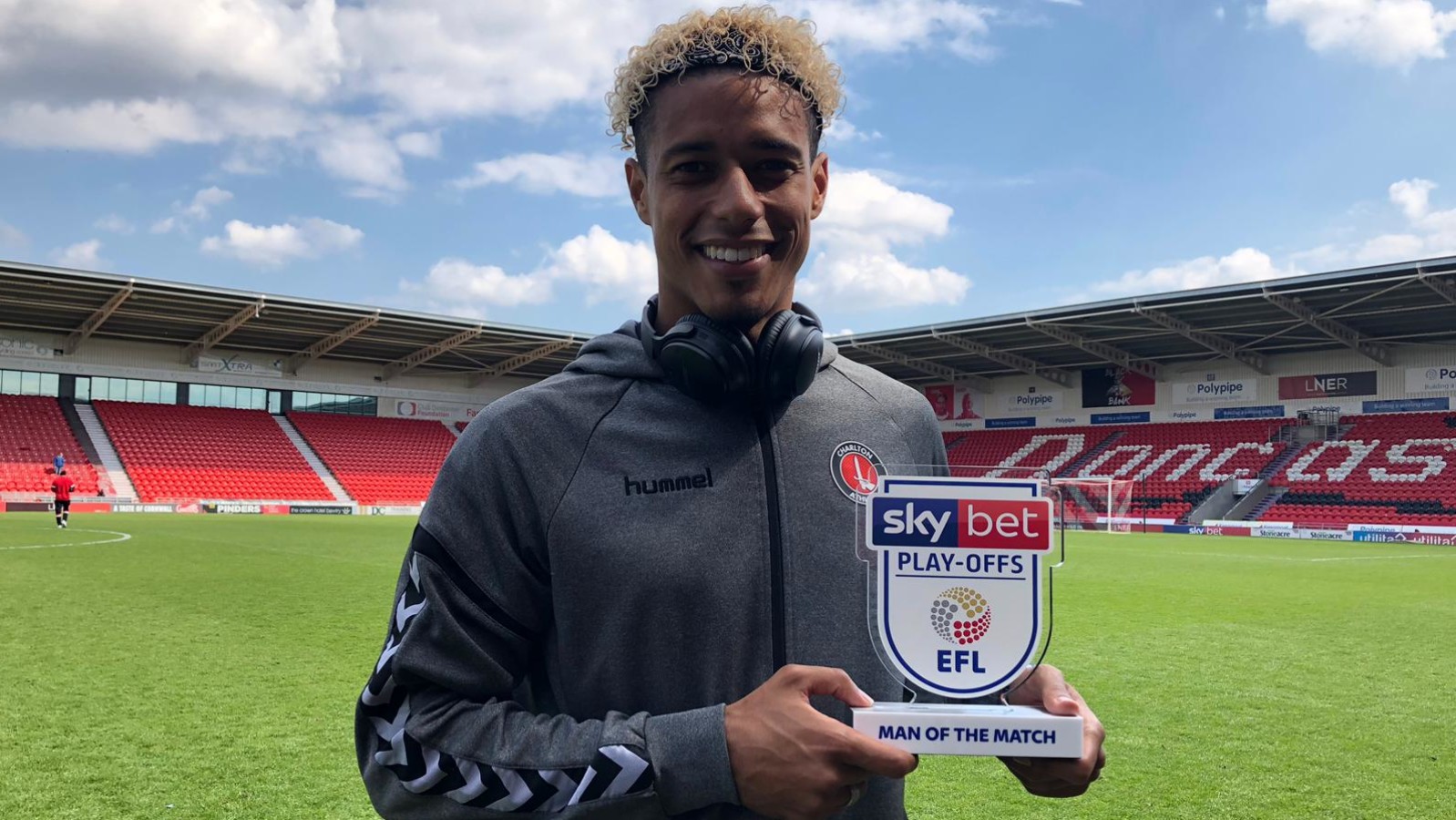 Charlton forward Lyle Taylor was in a good mood after picking up the Man of the Match award in the Addicks 2-1 at the Keepmoat Stadium.

Taylor opened the scoring and set-up Joe Aribo for Charlton’s second leaving Lee Bowyer’s men with a one goal lead in the Sky Bet League One play-off semi-final.

Speaking after the game Taylor said: “We would have taken it before the game started. Any result whereby we go in up is a good result, especially to come here because it’s a tough place to come as was proven in the league when we drew. They’re a good team so to be a goal up going home next week is a good thing and we’ll make the most on being at home.

Taylor was able to head home at the end of a 32nd minute goal-mouth scramble. He explained: “The ball came in, it flicked off of (Doncaster’s Andy) Butler and I just saw Josh Cullen stood on the (touch)line and I thought ‘What’s he doing there?’. It’s gone straight to him. It popped back in the box and I thought ‘I’m going to get my head taken off here but I need to score, I have to score, I’m going to have to head this’ so I just threw myself at it and thankfully didn’t get volleyed in the head.”

Speaking with a smile he claimed the assist for Aribo’s goal just a minute later. He said: “It came back to me from Albie (Morgan) on the edge of the box and Aribo was round me and called for it, he wanted it first time but I’ve taken my touch and just waited and waited and waited for the defender to commit and then rolled it and he cross-scored. It was definitely a shot, 100 per cent a shot, so I’ll take the assist on that.”

He added that with a slender lead the Addicks won’t be changing their approach at The Valley on Friday. He said: “With a goal the difference you can’t be slack and we won’t be slack. Bow would never let us be slack. We have to go about business as if it’s 0-0 and do everything we can to win the game and keep a clean sheet.”

Full post-game coverage, including interviews with Lee Bowyer, Josh Parker and Albie Morgan will be available on Valley Pass over the next two days. Valley Pass costs just £6.50 a month and includes an extensive archive with highlights from every Charlton game from the last 30 seasons. Click here to sign-up for Valley Pass.