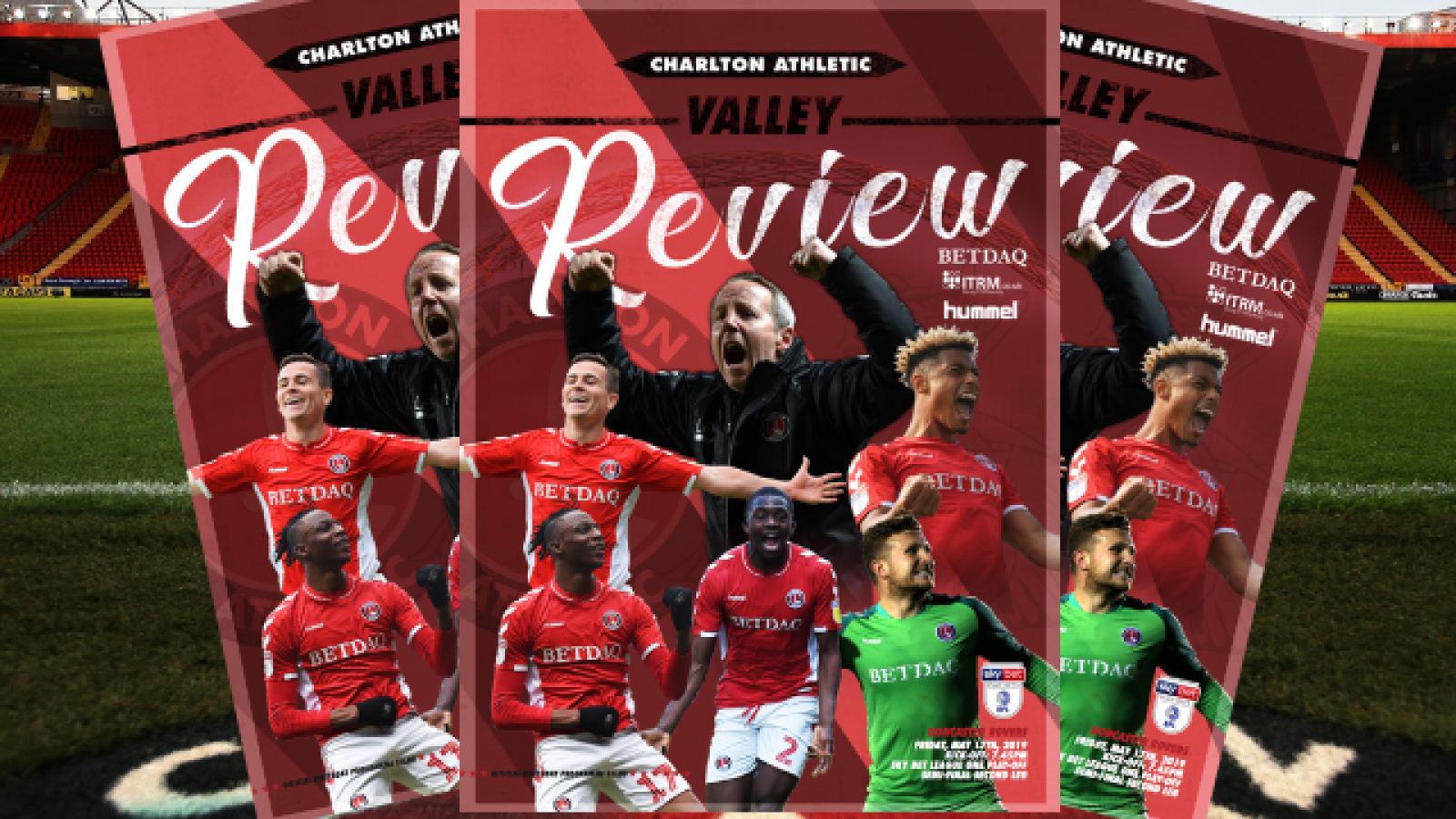 Supporters will be able to get their hands on a bumper 92-page edition of Valley Review for Friday's play-off semi-final, second leg clash with Doncaster Rovers.

As a memorable season nears its end, the official matchday programme details the campaign with a 10-page month-by-month account of all the highs and lows from August to May.

And with a Wembley meeting with Sunderland up for grabs in the final, 1998 play-off heroes Mark Kinsella and Sasa Ilic both provide exclusive interviews as they share their memories of their incredible achievement 21 years ago.

As well as that, we caught up with Albie Morgan as he reflected on the first leg victory at Doncaster and what an experience it was for him to play his part in such a big game for the Addicks.

Friday’s Valley review also includes an interview with Lyle Taylor and what it means to him to be named Player of The Year. As well as that, there is also interviews with Young Player of the Year George Lapslie and Women's Player of the Year, Liz Ejupi.

Johnnie Jackson and Head of Analysis, Brett Shaw, also sit down to discuss the importance of analysis and lift the lid on Charlton’s success from set piece situations in a fascinating four-page feature.

The latest history pages see the Charlton Athletic Museum look back at the Addicks’ very first involvement in a play-off game of any kind in the club’s formative years and remembers an incredible night at St Andrew's in the Football League's inaugural play-offs in 1987.

Meanwhile, Past Encounters looks back at some crucial play-off fixtures that have led us to the memorable moments the Addicks have enjoyed in play-off finals.

All this and more can be found in this 92-page special edition of Valley Review which will be available for purchase in and around the ground as well as in the superstore for £5.