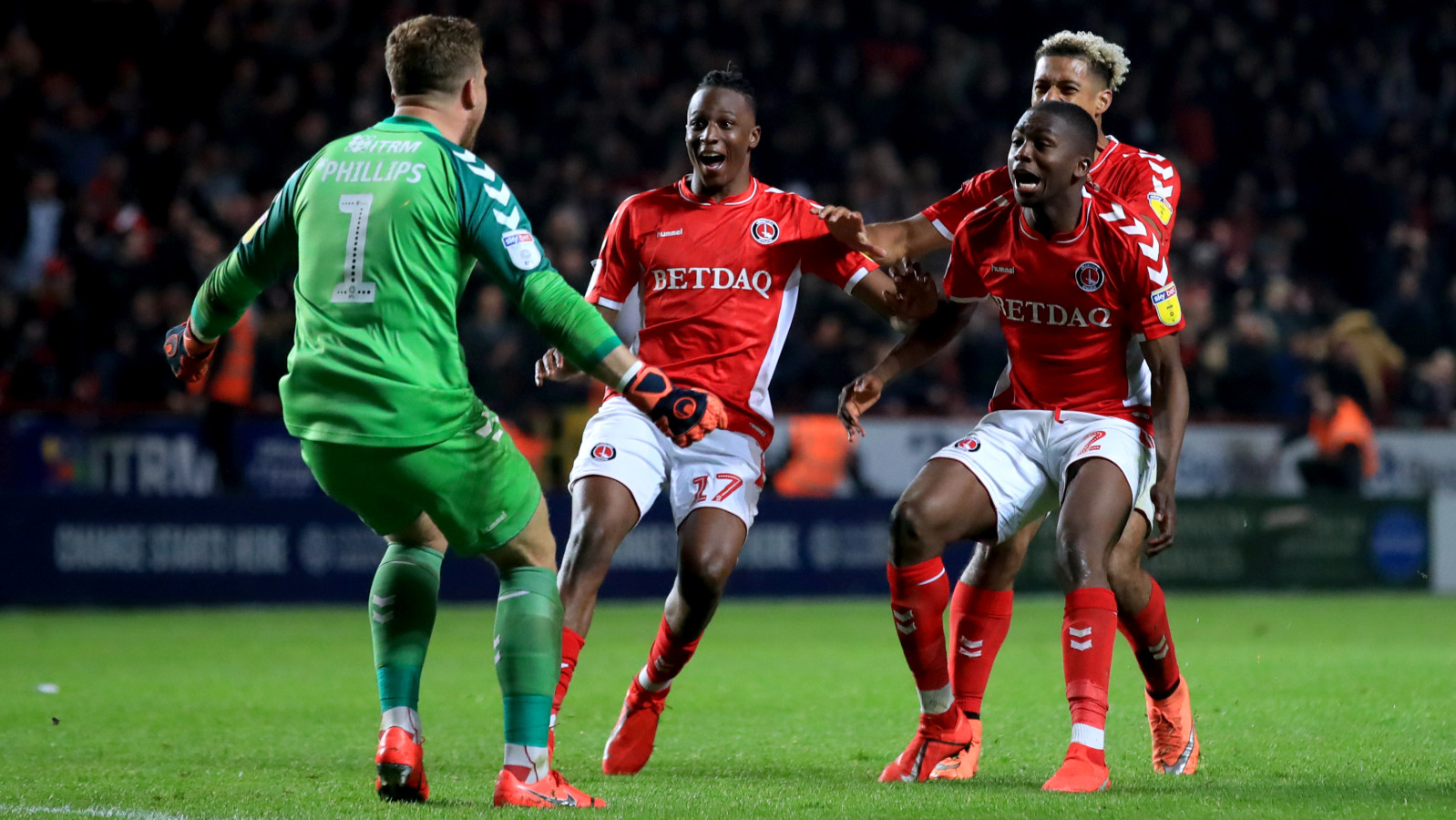 Charlton have booked their first trip to Wembley in 21 years with a dramatic penalty shootout victory over Doncaster Rovers.

A topsy-turvy tie saw the Addicks let their aggregate lead slip, despite Krystian Bielik putting Lee Bowyer’s men into a second minute lead. Tommy Rowe reduced Rovers’ arrears to just one goal nine minutes later and, just as Charlton looked like they would be heading through 3-2 on aggregate, Andy Butler headed home an 88th-minute leveller to send the game into extra-time.

The 100th minute of the game saw John Marquis head Doncaster in front for the first time in the tie, but just one minute later, substitute Darren Pratley was the hero, finishing from close range to make it 4-4 and aggregate and ensure we would be heading for penalties.

The Addicks converted their first four spot-kick, but it was Tommy Rowe’s miss for Doncaster’s fifth penalty which secured a 4-3 penalty shootout victory.

Bowyer opted for an unchanged Charlton team from the side that beat Rovers on Sunday but the side returned to his preferred 4-4-2 diamond after setting up his side in a 3-5-2 formation in the first leg.

With the sold-out Valley buzzing, Charlton gave the home crowd something to cheer about, taking a second-minute lead off the head of Bielik. The Polish U21 international won the Addicks a free kick just outside the area on the left wing. Charlton faked a short free kick to fool the Rovers defence and Cullen’s perfectly floated cross was met by the defensive midfielder who headed into the bottom corner of Marko Marosi’s goal.

The Addicks crowd were jubilant and the team fed off that energy with Albie Morgan hitting the side netting on a swift counter attack just minutes later after Taylor had done well to win the ball in the Doncaster half.

Anfernee Dijksteel forced a save from Marosi just before the 10-minute mark with a shot from 25 yards.

Charlton’s dominance meant Rowe’s 11th-minute equaliser came out of nowhere. The Doncaster skipper found himself in a lot of space and powerfully placed a shot into the bottom corner from range giving Phillips no chance.

The visitors nearly levelled the tie just a minute later when Marquis got in behind the Charlton defence and from the angle forced a low save from Phillips.

The Addicks took back control of the game and Patrick Bauer had a header well saved by Marosi from a Cullen corner.

As the half drew to a close Charlton had a passionate penalty appeal turned down by referee Gavin Ward. Taylor passed off to Dijksteel, the full back cut back to Cullen arriving inside the area whose shot on goal appeared strike the arm of Rovers’ Andrew Butler.

Bowyer changed things at half time as Charlton moved back to a 3-5-2 formation with Darren Pratley coming on in place of Morgan.

The intensity ramped up in the second half and the clear-cut chances were few and far between as both sides became more scrappy.

For Charlton, Josh Parker looked most likely to score, he saw an effort from range spilled and went just wide as he dived in trying to get on the end of a Taylor cross.

Rovers controlled much of the second half but rarely threatened the Charlton goal, that was until Butler got on the end of a corner and headed into the net with just two minutes of normal time remaining to give his side a 2-1 lead and level the tie.

Marquis was inches away from winning it before the referee’s final whistle when he couldn’t quite get on the end of a Mallik Wilks effort across the goal.

The 2-1 Rovers score meant extra-time and the home side started the additional period with their tails up as Taylor had a cross palmed away by Marosi.

Against the run of play the visitors took their first lead in the tie, Wilks, a constant threat to Charlton, fake a shot on his stronger left foot and went to the byline before chipping to the backpost giving Marquis an easy tap in.

Charlton weren’t to be defeated and immediately went up the other end and equalised. Taylor’s cross from the right was bundled in at the back post by Darren Pratley.

The exhausted, but still extremely vocal, Valley faithful now had to endure penalties.

Chris Solly, Cullen, Taylor and Joe Aribo all converted for the Addicks, while Marquis saw his penalty saved by Phillips. Naby Sarr could have won it with the fifth penalty, only to see it saved, meaning Rowe had to score to put Doncaster level.

Thankfully, he put his spot-kick wide, sparking wild celebrations as The Valley’s turf became a sea of jubilant sea of humanity.

And so, Charlton will make their first visit ever to the new Wembley next Sunday and first trip to that part of London since 1998 for another play-off final showdown with Sunderland, this time for a place in the Championship.