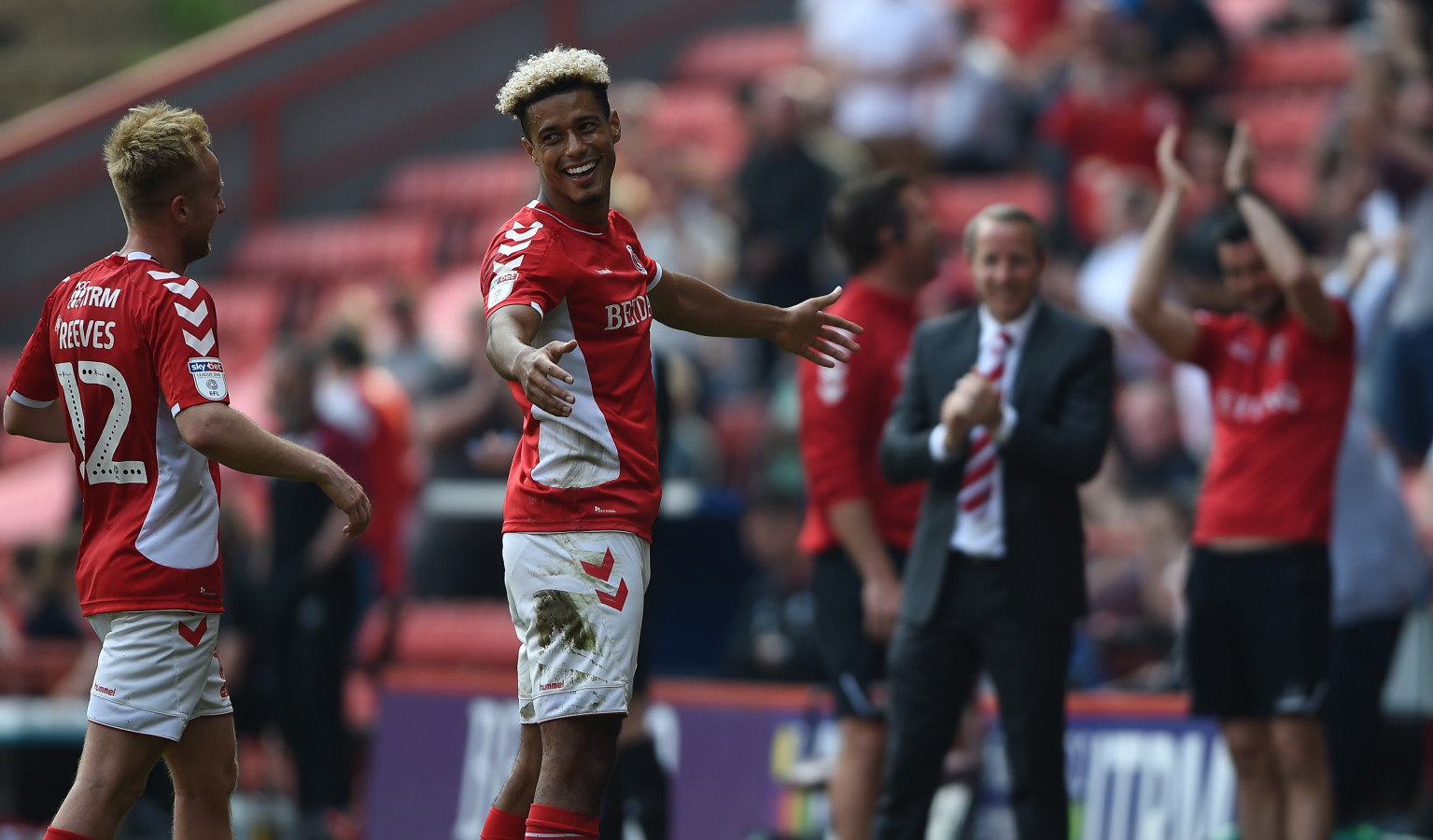 Lyle Taylor’s superb strike against Scunthorpe has been nominated for the Sky Bet League One Goal of The Season. Supporters can vote for Taylor’s goal by following this link.

Taylor, who has scored 25 goals in all competitions this season, struck his 22-yard free kick into the top right corner back in April, during Charlton’s 4-0 win over the Iron.

The Charlton marksman was awarded the Goal of The Month accolade for April for the effort and now is up for the season wide award.

Speaking on the goal, Taylor said:

“I remember putting the ball down and Ben Reeves was stood over it with me and he said, ‘let me have a look at this and go near side’.

I said, ‘if the wall stands over far enough feel free to take it’. He said okay and he looked at it and the wall was a little bit further over to the left than he would have liked, so I said ‘right that’s it. I’m hitting it’.”

It’s one of those one’s that I’m really proud to have scored and hopefully there will be a few more of those before I hang my boots up in the years to come.”

Supporters can vote for Lyle Taylor’s goal by following this link.