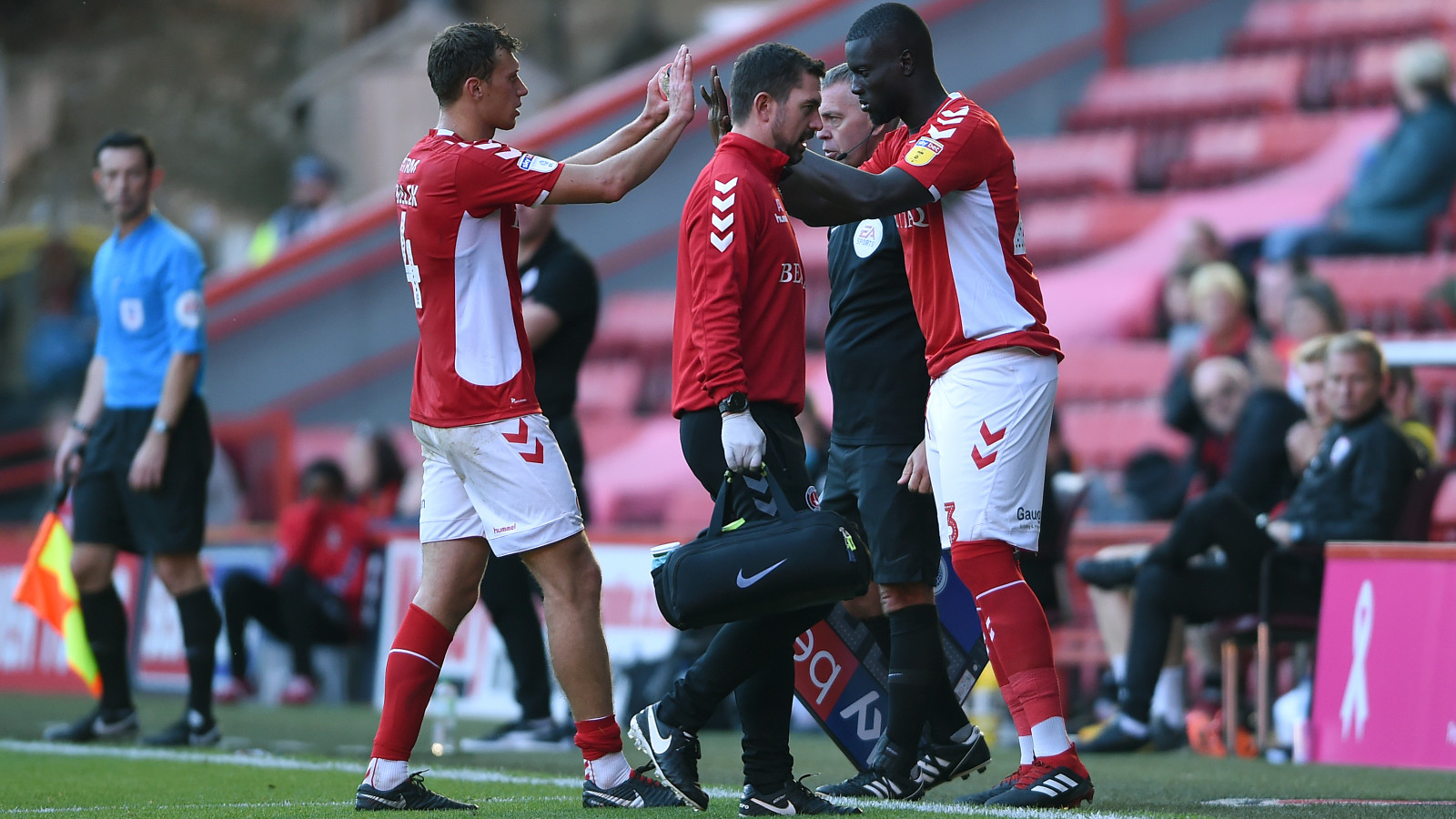 Naby Sarr and Krystian Bielik visited Greenwich Town Hall on Tuesday afternoon ahead of Charlton's play-off final at Wembley. Speaking at the event the Addicks duo gave their thoughts on Friday's semi-final against Doncaster Rovers and looked ahead to the final at Wembley.

Bielik, who opened the scoring on Friday, spoke about how it was to play in such an intense game with that amount of support.

"It was great to start, I scored in the second minute and it was obvious that we had to stay focused. Unfortunately we conceded in the next 10 minutes and we weren’t that sure about coming through to the final!

"I have to give [Doncaster] credit because they played quite well and it’s the first time we’ve lost at home since I can’t remember. It was a tough game and in the end, we beat them on penalties and now we’re playing at Wembley!"

Bielik also commented on the supporters on Friday and what he expects from them at Wembley.

"The support [on Friday] was incredible. I think it was over a year ago that I played in front of that amount of spectators! I’m really looking forward to playing at Wembley now.

"We’ll have 40,000 of our fans and another 40,000 Sunderland fans so it will be a great experience for all of us. If we can beat them and get promotion it will be even better."

Naby Sarr added about the supporters and commented on the impact they have on the team.

"It makes a lot of difference! We saw on Friday even when we were losing 3-1 they were still singing and screaming and that’s what helped us score the equaliser.

"All season they’ve been incredible. They’ve been behind us and they help us a lot to win games or score, like with the equaliser [on Friday], so we’re going to need them one more time this Sunday to help us and win us the game!"

Sarr continued on Charlton's upcoming trip to the national stadium

"I’m looking forward to playing there, I’ve been there to watch a game before but this will be the first time that I’m playing there.

Tickets for the League One play-off final at Wembley are on sale. Click here for full information.