Deadline extended for season tickets on sale at League One pricing 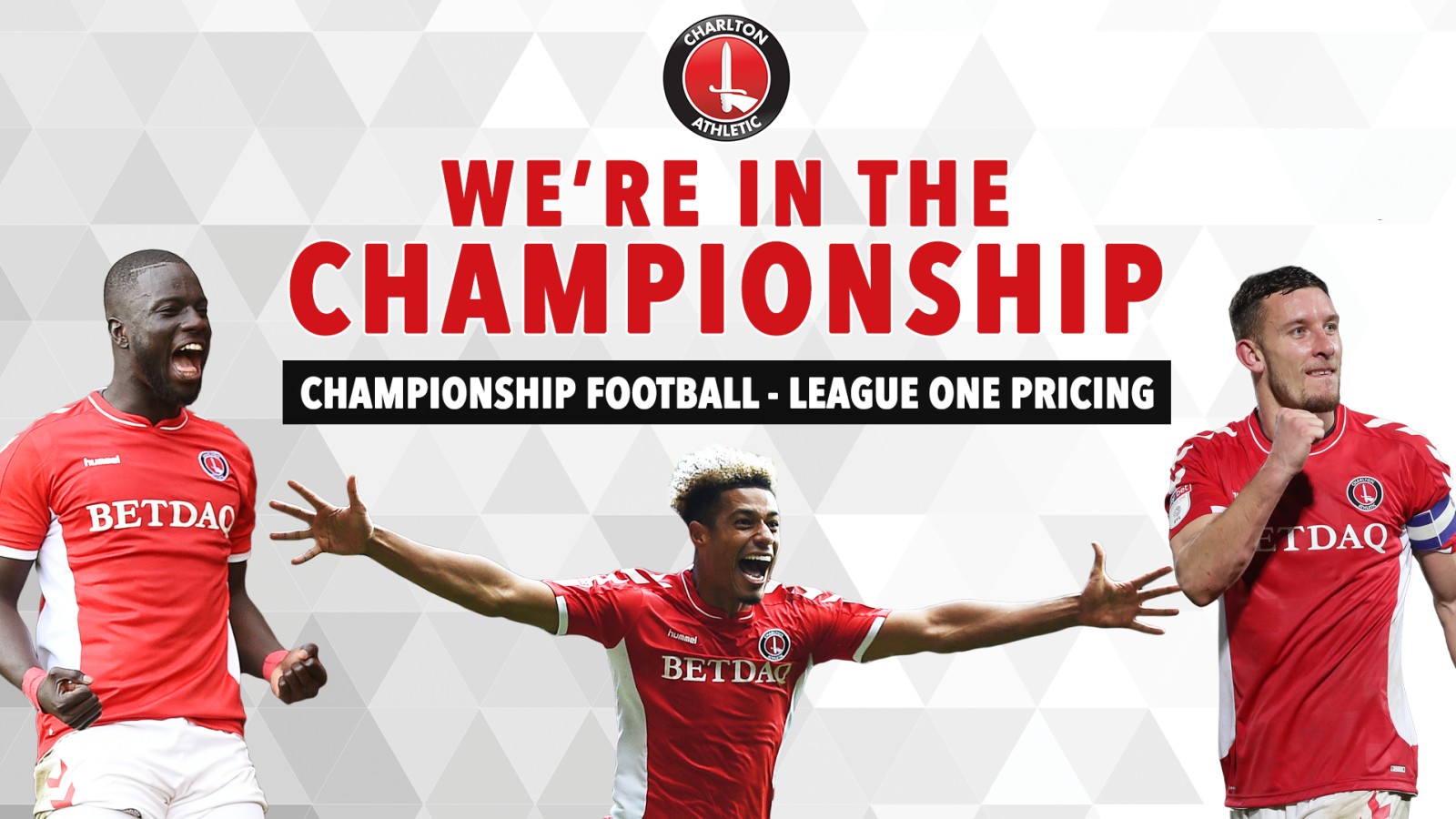 Charlton Athletic season tickets went back on sale last month and for a limited time fans can purchase Championship football at League One pricing.

Purchase your 2019/20 season ticket by clicking here and watch the Addicks in the Championship.

Tickets were set to go off sale on Sunday, June 9th but the deadline has been extended to Friday, June 28th before season tickets are put back on sale at the club's Championship prices for next season.

There are a number of ways supporters can secure their seat for 2019/20: In person from The Valley, by post, by phone, by V12 finance or online.

The club’s popular Valley Express coach service continues to transport supporters to and from SE7 from dozens of pick-up points across Kent and Sussex.

A Valley Express season pass can be booked online by clicking here, by visiting The Valley in person or by phone. Alternatively, fans purchasing their season ticket by post can add a Valley Express pass by selecting it under the ‘Additional Options’ box.

Charlton fans who have supported Lee Bowyer’s Addicks during 2018/19 will have their loyalty points carried over into next season.

The club’s loyalty points scheme, which works on a two-year cycle, was introduced last summer following the installation of the Addicks’ new ticketing software and provides fans who regularly support the team with greater ticket priority for in-demand away and cup matches.

For more information on loyalty points for the 2019/20 season, please click here.

In 2019/20 all season ticket holders under the age of 18 will once again be provided with complimentary membership to Charlton’s Young Reds scheme.

Supporters under 18 can also be signed up to the Young Reds’ all-new Premium Package, which is priced at just £20 and can save parents money over the course of the season.

For more information on the Young Reds, please click here.