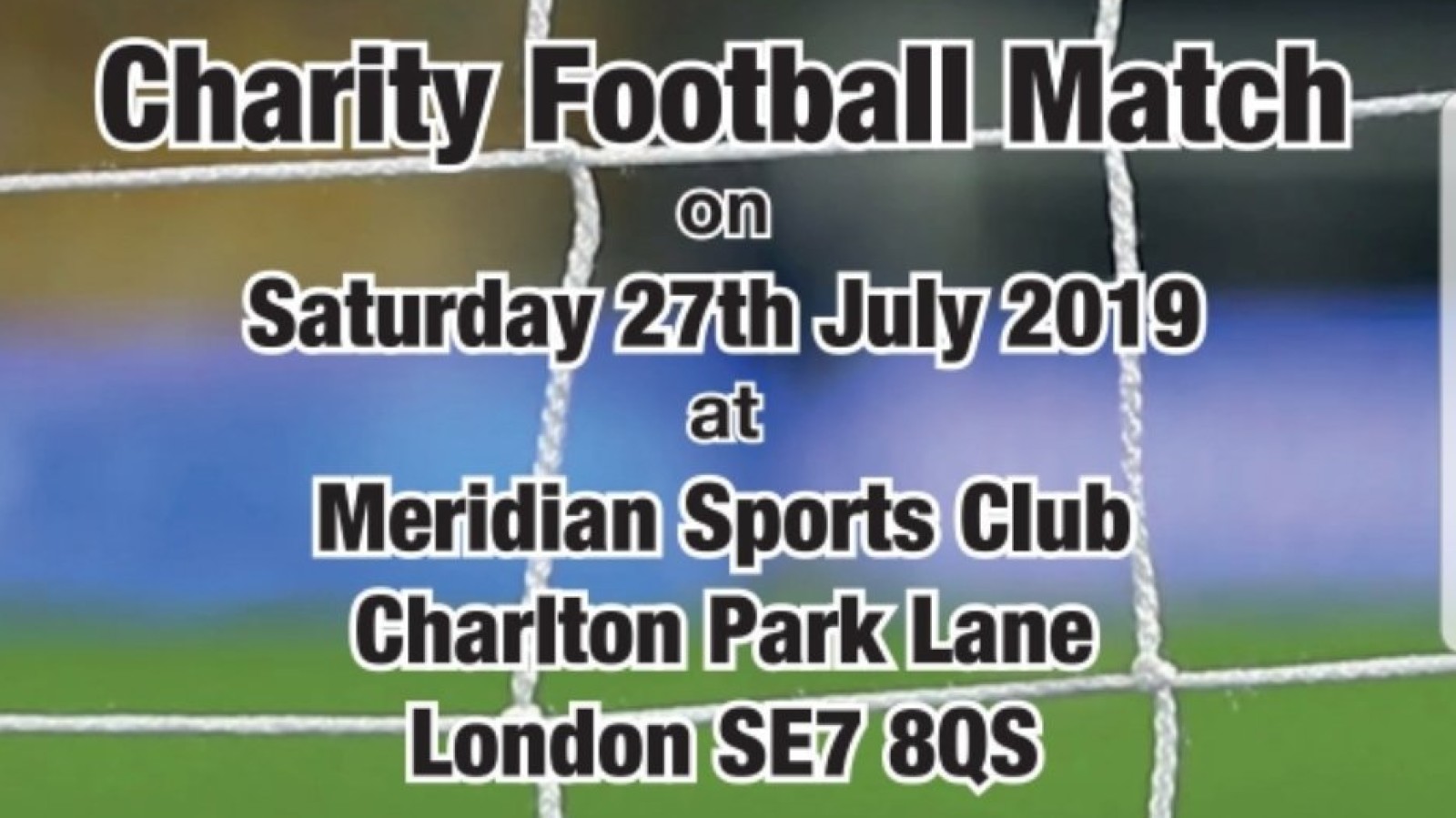 Along with the football match there will also be activities for children, food stalls and an auction where signed memorabilia will be sold including a signed Charlton shirt from the Premier League era, an Ahmed Kashi shirt and a pair of Yann Kermorgants signed boots.

We spoke to Daniel Davenport, who has spearheaded the organisation of the event.

"My mum died of cancer, my dad had cancer, my brother had testicular cancer, my father in law had cancer and my wife’s auntie has cancer so it’s quite a big thing for me.

I’m on Twitter all the time and it basically started from a few mates, who are all Charlton fans pretty much, and someone mentioned about having a kickabout, I said well lets hire somewhere and we did originally look at The Valley but it was all sold out. Then someone suggested the Meridian Sports Club and it just went mad from there on.

I put a tweet out saying that if anyone’s interested in playing, send me your phone number and I’ll add you to a WhatsApp group and then we just sort of arranged it all from there. There's a couple of us behind the scenes doing a few bits, arranging auction stuff etc. It’s gone from a kickabout to what is basically a family fun day! We’ve got 12 inflatables coming, face painting for the kids, food and drink. There’s all sorts going on."

The organisers hope that if this years event is a successful one they will look to turn it into an annual event.

"I’m going to look at probably doing it every year if I can but for a different charity each year.

My son is autistic so we’re looking at maybe doing it for a charity that helps with autism. Perhaps looking at doing an adults game and a game for children with autism."

Speaking on the support that he has received from the event, Daniel spoke of how clubs from far and wide along with former Charlton Legends have offered their support for the day.

"I’ve had some really good things, Glasgow Rangers donated a tour of Ibrox for four people to be auctioned. I’ve just had an e-mail today from Barcelona saying that they’re going to send a shirt to us. I’ve had all sorts from boxers; I’ve got signed gloves, a signed Anthony Joshua picture...

We also found out that Derek Hales is coming to the event as well and Steve Jones is actually playing in the event!"

While support for the event has been good, Daniel is still off hitting his Just Giving target

David White’s company donated £500 as like a kitty sort of thing and obviously I’ll have to pay for things like St. Johns ambulance and things like that."

Single tickets on the day are priced at £2 while a family ticket is £5. Gates will open at 1:30pm

Supporters wishing to donate to the Football vs Cancer event can donate by following this link to their Just Giving page.