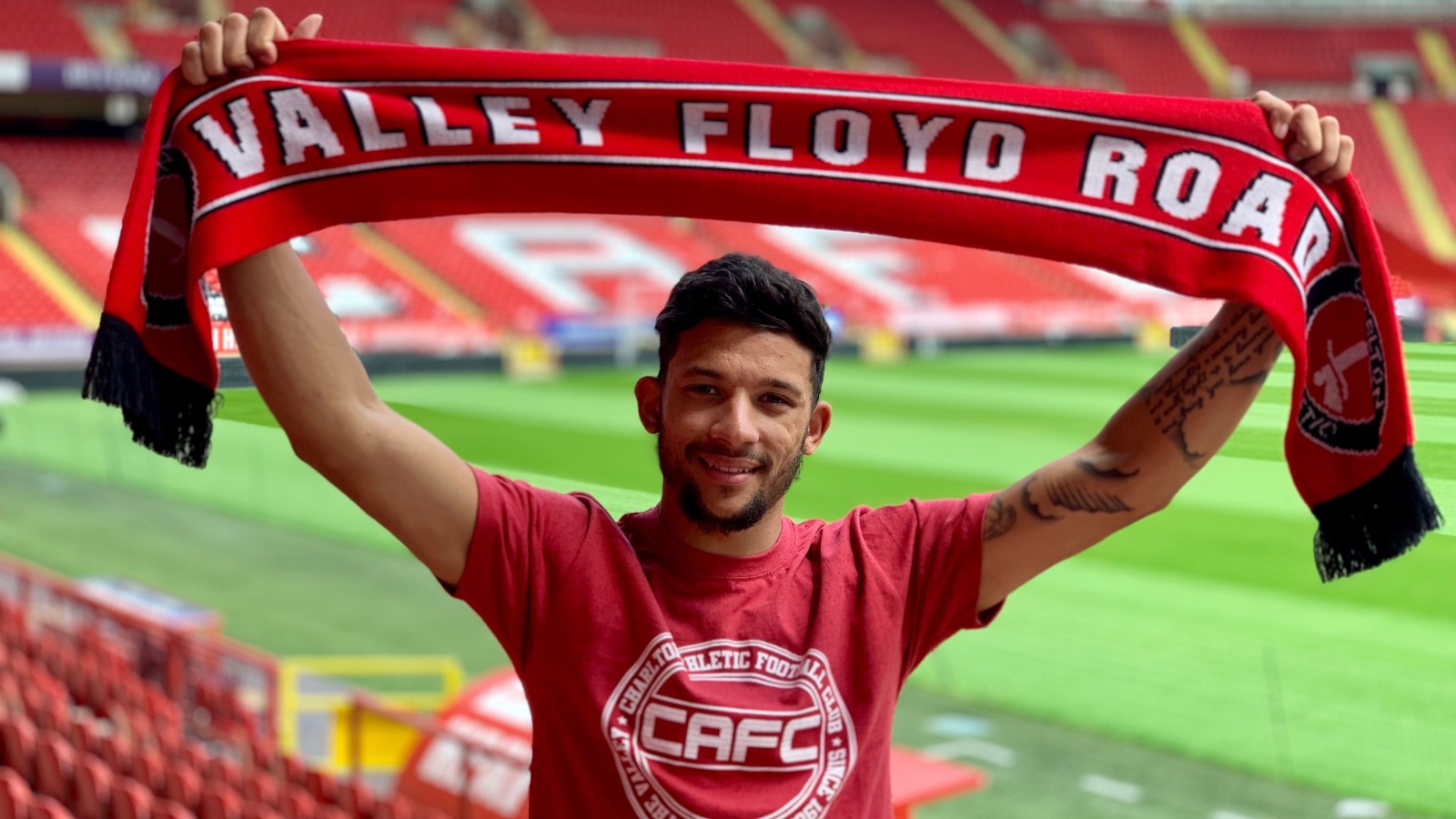 Charlton Athletic are delighted to welcome Macauley Bonne to The Valley as the club’s first signing of the summer.

The 23-year-old striker arrives in SE7 from Leyton Orient for an undisclosed fee on a three-year deal.

The Zimbabwe international scored 49 goals in the last two seasons for the Os helping them to promotion last term.

The Addicks new signing said: “I’m delighted to be here now, it’s been something that’s been on the cards for a while now and so I’m delighted that it’s over the line.

He explained why he chose the Addicks: “Seeing how they’ve had a young team for the past two seasons and they’ve managed to get where they have with the youth in there. I thought it was the best move for me to progress and become a better player.”

Charlton boss Lee Bowyer told Valley Pass that like last summer, when Lyle Taylor was his first signing, he has prioritised bringing in a striker. He said: “If you don’t score goals, you don’t win games. We did the same thing last season with Lyle, he was our first signing and Macauley’s ours this summer.

“We have to get people in that are going to do things in the attacking third, that’s what we’re focusing on and what we’ve been focusing on for a long time.

“Steve Gallen (the club’s Head of Recruitment) has been looking at him for two years, so it’s been something that we’ve been keeping an eye on and now it’s the right time for him to come to us.”

Gallen said: “Macauley’s been part of the team that won the National League, and he’s scored a lot of goals and as I say he’s someone who we’ve been watching for a while. The manager and I talked about him in January as a potential replacement for Karlan (Grant) at that stage to see if we could do it. We couldn’t at that stage, but we’re now really pleased to get him.”

Born in Ipswich, Bonne made his professional debut for Colchester United in 2013. After loan spells at Lincoln City and Woking, he joined Orient in 2017. The striker netted 25 goals in his first season and 24 goals this season.

Supporters can watch his first interview as a Charlton player on Valley Pass. Interviews with Bowyer and Gallen on the first signing of the summer. Valley Pass costs just £6.50 a month and fans can sign-up here.