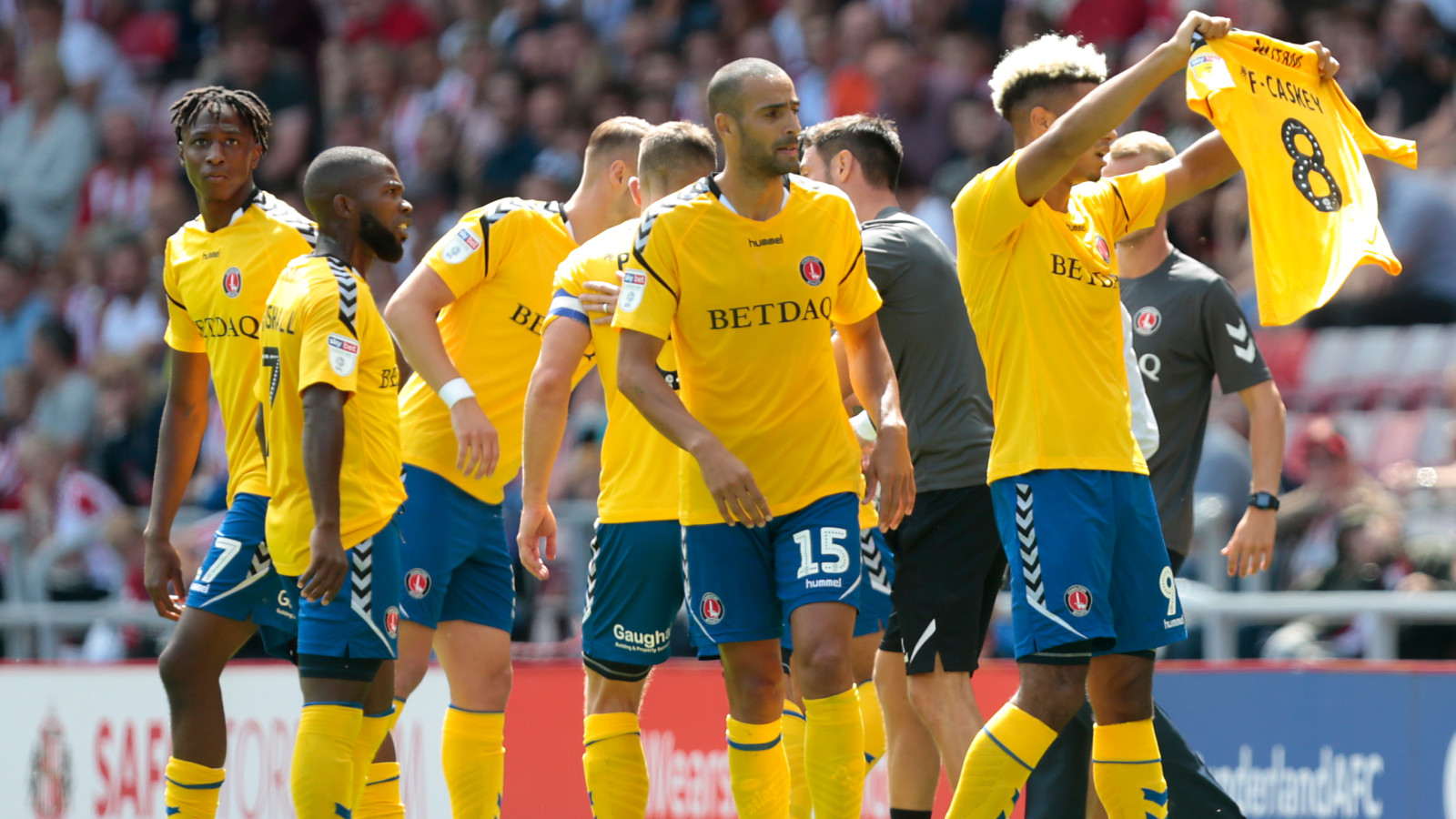 As The Addicks begin to gear up for the new season, we take a look back over last seasons exploits with a month-by-month review of 2018/19 starting with our opening games last August...

Charlton began the 2018/19 League One season with a difficult away fixture at the Stadium of Light, succumbing to a harsh defeat, despite a resilient performance, as a 96th-minute Lynden Gooch goal snatched a 2-1 win after Josh Maja had cancelled out Lyle Taylor’s debut penalty.

When football returned to The Valley a week later, it was Charlton who came up with the late winner to seal a 2-1 victory over last season’s play-off vanquishers Shrewsbury Town. Taylor notched his second goal in as many games, but it seemed as if it would be in vain when Lenell John-Lewis equalised with six minutes to go. However, as would develop as a key theme throughout the season, the Addicks remained determined and found a stoppage-time winner through Karlan Grant’s first strike of the campaign.

The following Tuesday, a much-changed Charlton side succumbed to Carabao Cup elimination in a disappointing 3-0 defeat at Milton Keynes Dons. The match did provide an exciting taste of the future as debutants Ryan Blumberg, Ben Dempsey, Brandon Sarpong-Wiredu, Alfie Doughty and Kenneth Yao put in assured displays while Albie Morgan and Taylor Maloney made their first starts for the club.

Attention then turned back to the League One season and a valuable away point was secured from a tricky match at Accrington Stanley. Grant opened the scoring, but a 78th minute Jordan Clark strike ensured that the spoils would be shared.

A congested August then saw the Addicks suffer a cruel late defeat to Peterborough Untied at The Valley, James Linington awarding a contentious 89th-minute penalty after a promising second-half performance went unrewarded.

Goals again proved elusive as the Addicks were forced to settle for a point in a 0-0 draw with Fleetwood Town at home, despite a dominant performance. Charlton controlled the match and endeavoured to find the crucial opening goal, but twice saw the ball cleared off the line.

The challenging first month of the season, picking up five points from five games, left Charlton in 14th place in the League One table, although many felt that the results were just as much a product of misfortune as any other factor.