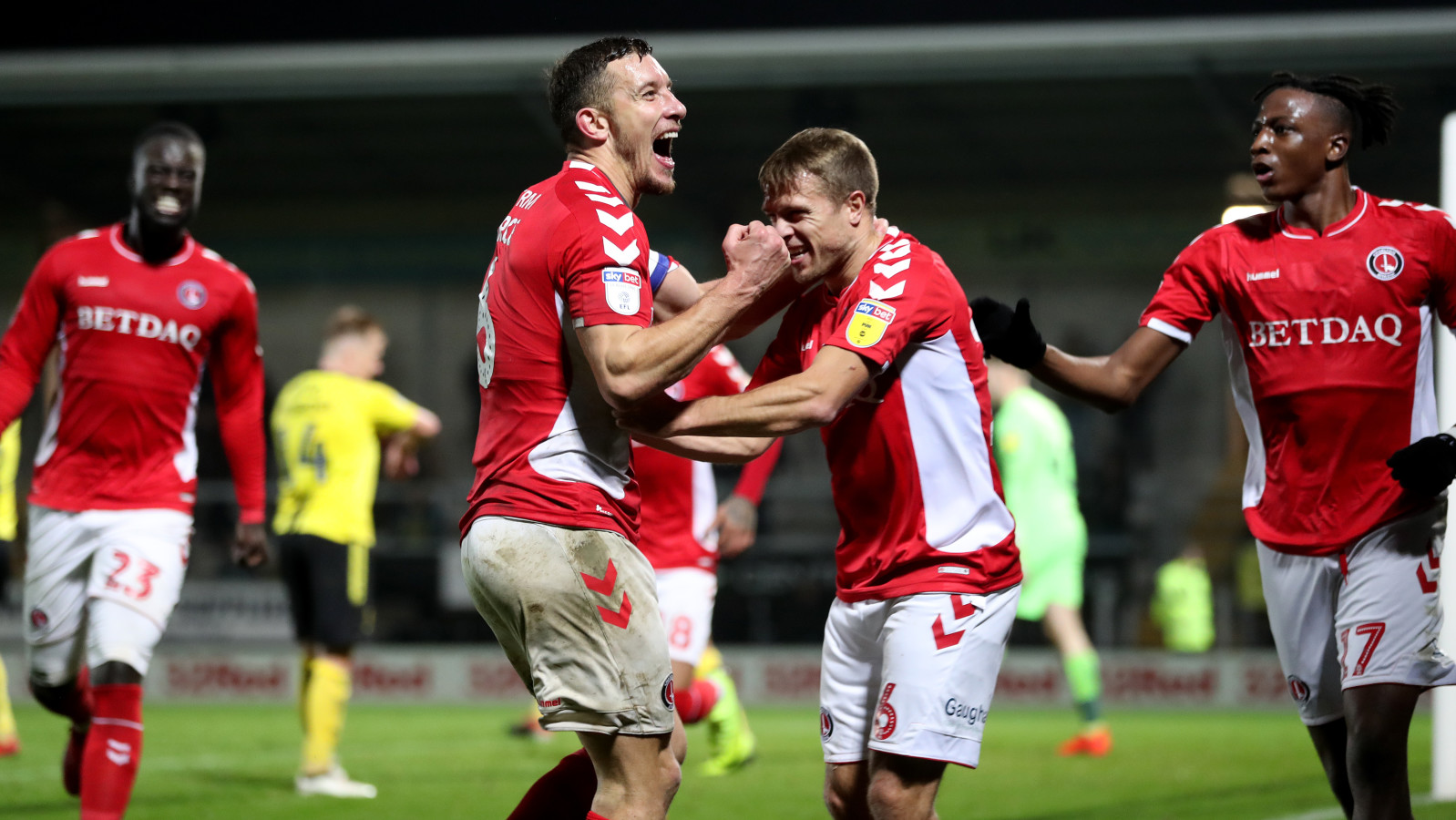 Consecutive 2-0 victories ensured a bright start to November with Karlan Grant and Joe Aribo on the score-sheet against Doncaster Rovers, while Lyle Taylor and Krystian Bielik grabbed the goals in a 2-0 away win at Walsall.

The revitalised league form was broken up by cup engagements - a 1-1 draw with Mansfield Town forcing an FA Cup first-round replay before the Addicks Checkatrade Trophy run came to an end as a youthful side lost 1-0 to Swansea City U21s.

The cup replay against Mansfield was navigated with minimal fuss as Taylor scored a hat-trick, including a sublime chip, as Charlton cruised to a 5-0 victory.

With the focus turned back to the league, Charlton continued their rich vein of goal-scoring form in a 3-1 victory against Bristol Rovers at The Valley. Jamie Ward opened the scoring and Joe Aribo netted on the stroke of half-time to regain the lead after Joe Martin had equalised for the visitors against the run of play. Grant added a third with his ninth goal of the season in stoppage time to seal the points.

A terrific month of four league wins in four culminated in a dramatic victory away at Burton Albion. Captain Jason Pearce scored the decisive 88th-minute goal to claim another crucial late victory as was becoming typical of this resilient Charlton side. Grant reached double figures for the season with a penalty to cancel out Lucas Akins’ opener for Burton, also from the penalty spot. An exhausted Addicks team, playing on limited rest, found the energy to push for a winner late on and were rewarded for that bravery when Pearce sneaked in at the back post to thigh home the winner, pushing The Addicks back into the promotion play-off picture in sixth place.

Charlton season tickets are back on sale and until July 8th the club are offering Championship football at League One pricing.