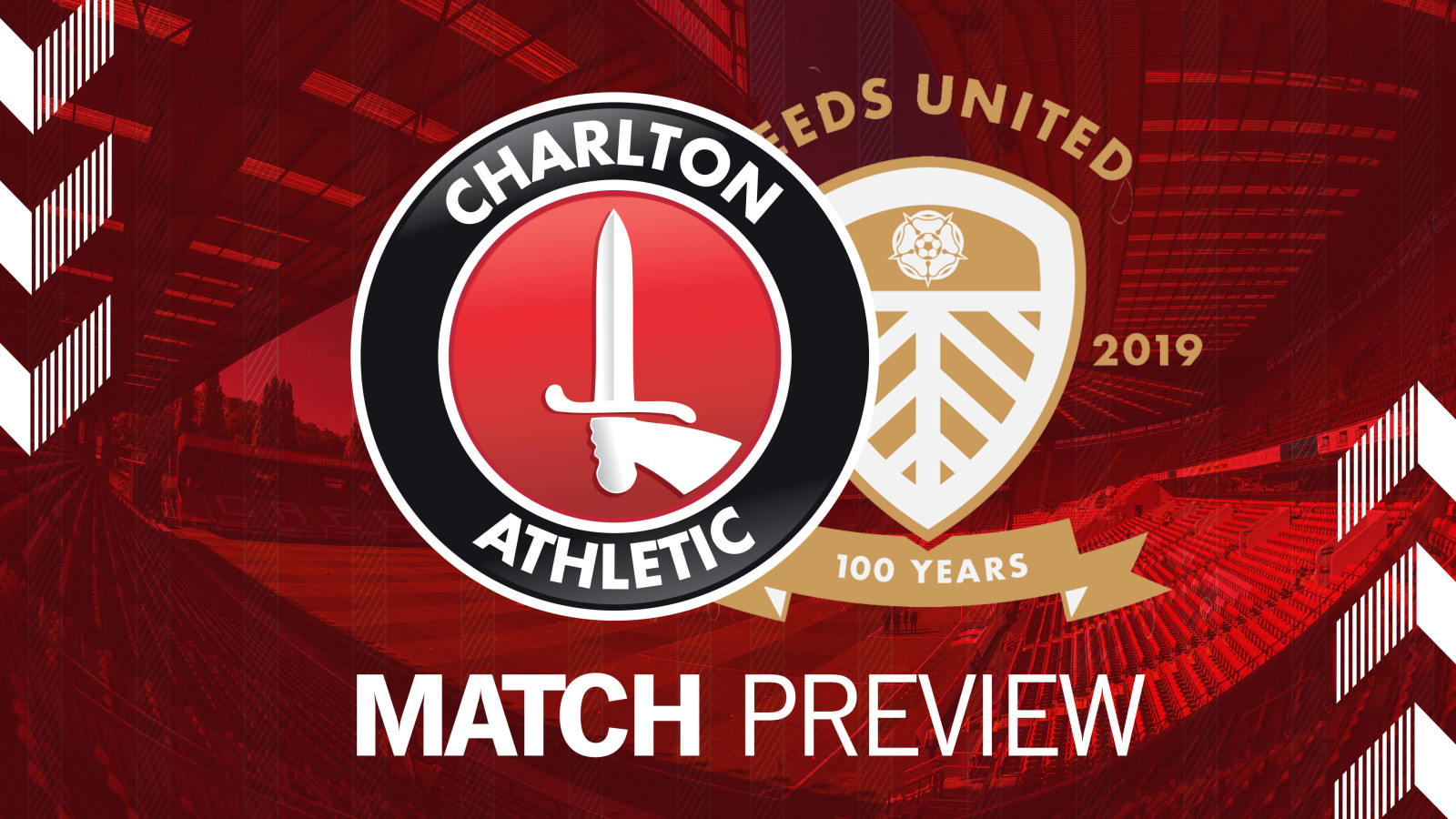 Charlton Will take on Leeds at The Valley on Saturday afternoon and Addicks Boss, Lee Bowyer, will be hoping his team will provide a response after losing their last two fixtures.

Leeds currently sit at the top of the table having taken five wins from their opening eight games this season. They will be hoping to stay in the top spot, having suffered play-off heartbreak last term.

They arrive in south-eastLondon off the back of a draw against Derby County, which saw them look certain to win the fixture before Chris Martin snatched a 91st-minute equaliser to ensure the Yorkshire outfit only took a single point.

Jason Pearce will be available for selection after being an unused substitute in the Addicks' 2-0 defeat against Wigan last weekend. Bowyer insisted he has recovered from a strain but wanted to be careful after the defender hadn't trained much prior to the game.

Lyle Taylor is still sidelined and is expected to remain in a brace for a further couple of weeks before any further assessment can be made. Bowyer will also be without Beram Kayal who will now be unavailable for a couple of weeks due to a groin injury.

Adam Matthews' fitness is improving, but the full-back is not expected to be in contention for Saturday's game.

Leeds will be without Pablo Hernandez who picked up a muscular injury during the warm-up in their game against the Rams last weekend. Helder Costa is set to replace him with Marcelo Bielsa stating that he is 'prepared and ready'.

Elsewhere Luke Ayling and Tyler Roberts are unlikely to start for Leeds.

Charlton boss Lee Bowyer: "It’s a massive challenge. For me they’re the best team in the league. They should have gone up last season but fell just short. I watched Leeds the season before he took over and what he’s done is unbelievable. There’s not much difference to the squad that he took over and the squad that he’s got now. So, I have the utmost respect for him and all his staff and what they’ve done there.

Leeds boss Marcelo Bielsa: “Charlton are a team who have started well in the Championship, but every team has ups and downs and anybody can win or lose against everyone.

“I’m not surprised with Charlton’s start, what makes the Championship special, is the distance between teams, before every match you can think one team will win, but after the match, it sometimes happens and sometimes doesn’t happen."

Charlton and Leeds have locked horns a total of 55 times. The Addicks have won 19 times, drawn 11 times and lost to the Whites 25 times.

The last game against Leeds saw Charlton take all three points at Elland Road with goals from Joahann Berg Gudmundsson and Ademola Lookman ensuring Sol Bamba's goal was nothing more than a consolation.

John Brooks will be the referee for Saturday's fixture and he will be joined by assistants Graham Kane and Sam Lewis.

Brooks has officiated seven games this season handing out 24 yellow cards and awarding one penalty. He last officiated a Charlton game during their 2-1 win against Portsmouth at Fratton Park back in December last year.

Stephen Martin will be the Fourth Official. 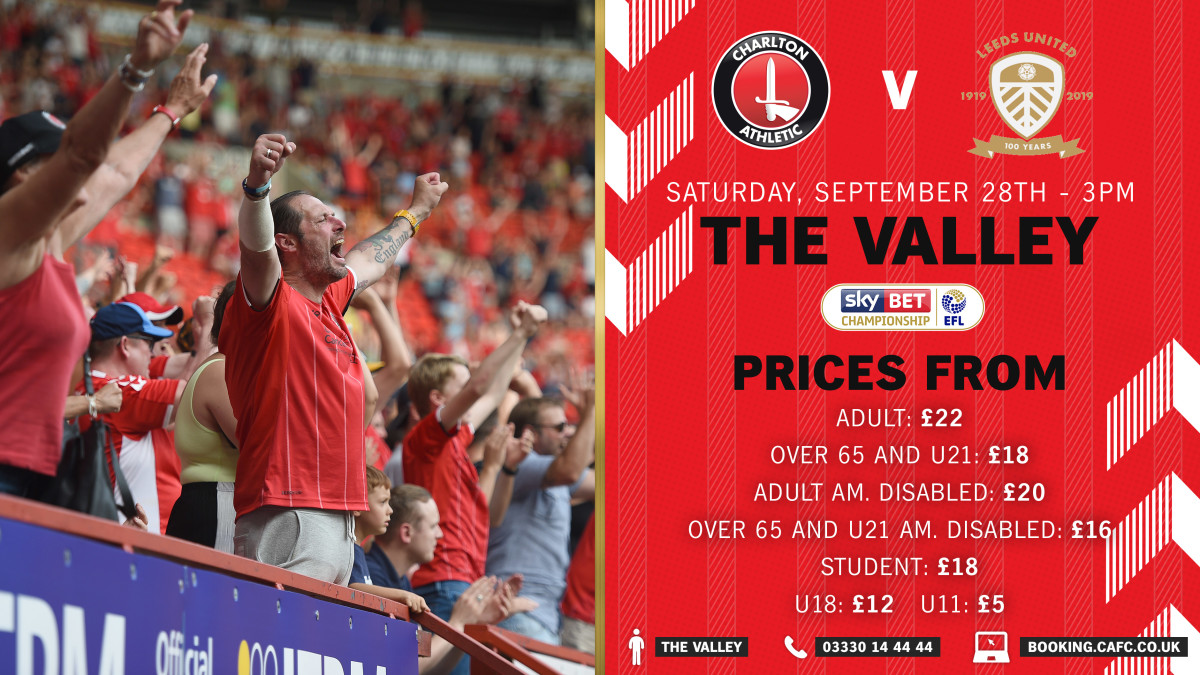 Supporters purchasing concession tickets should be aware that ID checks will be in place for those who may appear close to, or outside, the relevant age groups. Appropriate identification includes a driving license, passport or any other photographic ID that shows date of birth. The club will also accept a copy/photograph of these documents provided the date of birth is clearly legible.

Supporters who live abroad will be able to watch live coverage of the match on Valley Pass for a one-off price of £5 or £110 for the season.