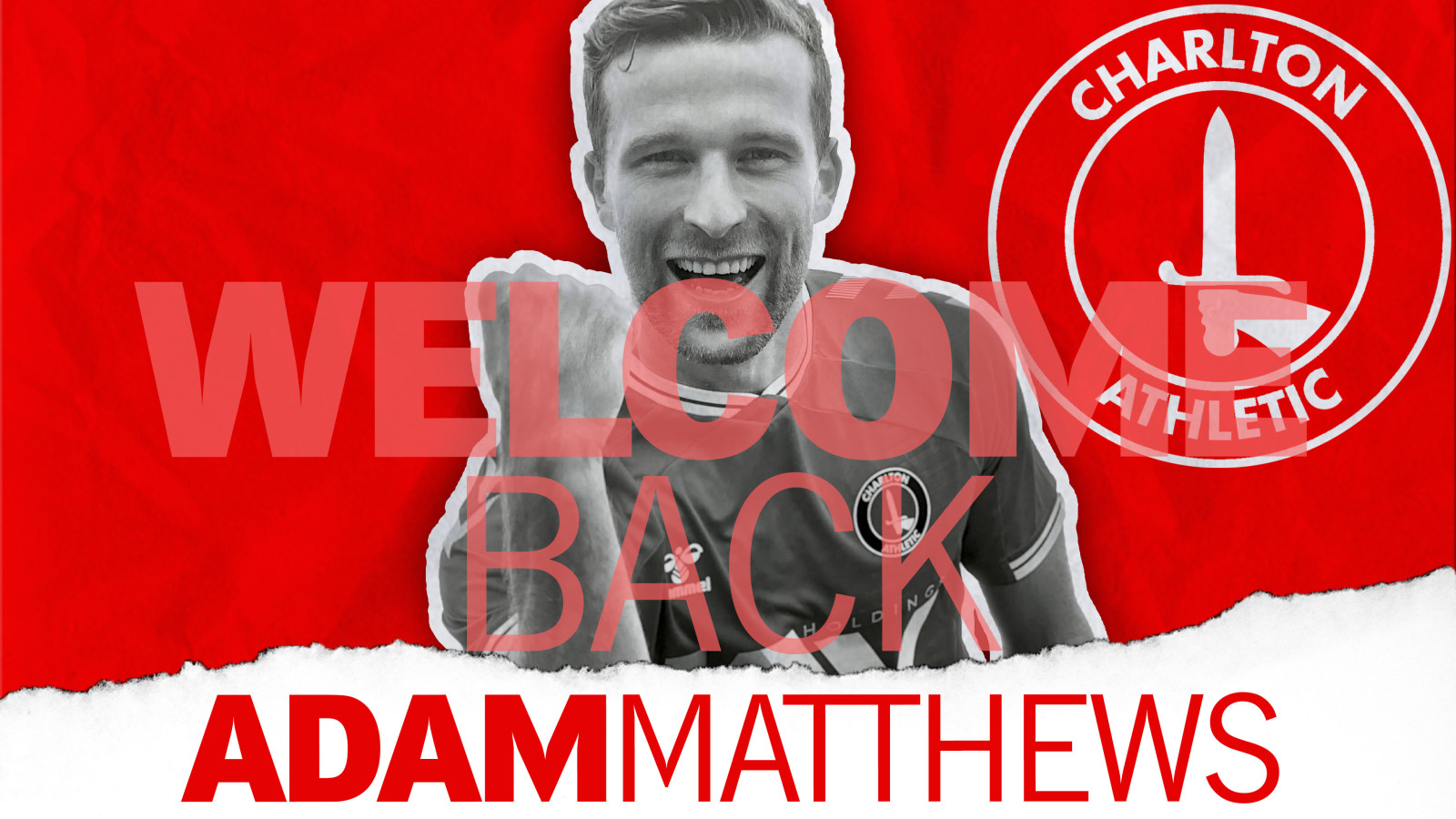 Charlton Athletic are delighted to welcome back Adam Matthews who has signed an one-year deal with the club.

Lee Bowyer had been looking to add a piece to the squad following the transfer window closing earlier this month and was delighted to be able to bring in a player that he knows fits the system he is looking to play.

The Charlton Manager said: “He's another strong addition to the squad, obviously we know Adam inside out. He's a good player so it definitely makes us stronger. We always try to put a squad together so you have two players competing for each position, so we have good cover, good backup and good competition for places and adding Adam has done that."

The Addicks are in fine form, winning their last three games and going four games without conceding a goal. Matthews, who trained with the club this summer, explained he is pleased to be back and is looking forward to getting started. He said: “It's very exciting, obviously it has been a bit strange this year, not just for me but for football in general and I'm very excited to be back at a place I know. I have a good relationship with the manager, with the boys and the fans seemed to like me while I was here, so it is good to eventually get it done and to get back playing."

The 28-year-old, right-back becomes the 10th signing of the Thomas Sandgaard era and the new Charlton owner was pleased to see Matthews return at the club after watching him in pre-season against Crystal Palace. He said: “I was at our game against Crystal Palace before I took over. I was very impressed with the way Adam Matthews played that day against Premier League opposition. It has taken a bit of time but he is another great signing for us. He is a player that fits in with the style of football Lee wants to play, I am excited he will be a part of our journey.”

Supporters can purchase a match pass for Tuesday's game against Oxford United here.