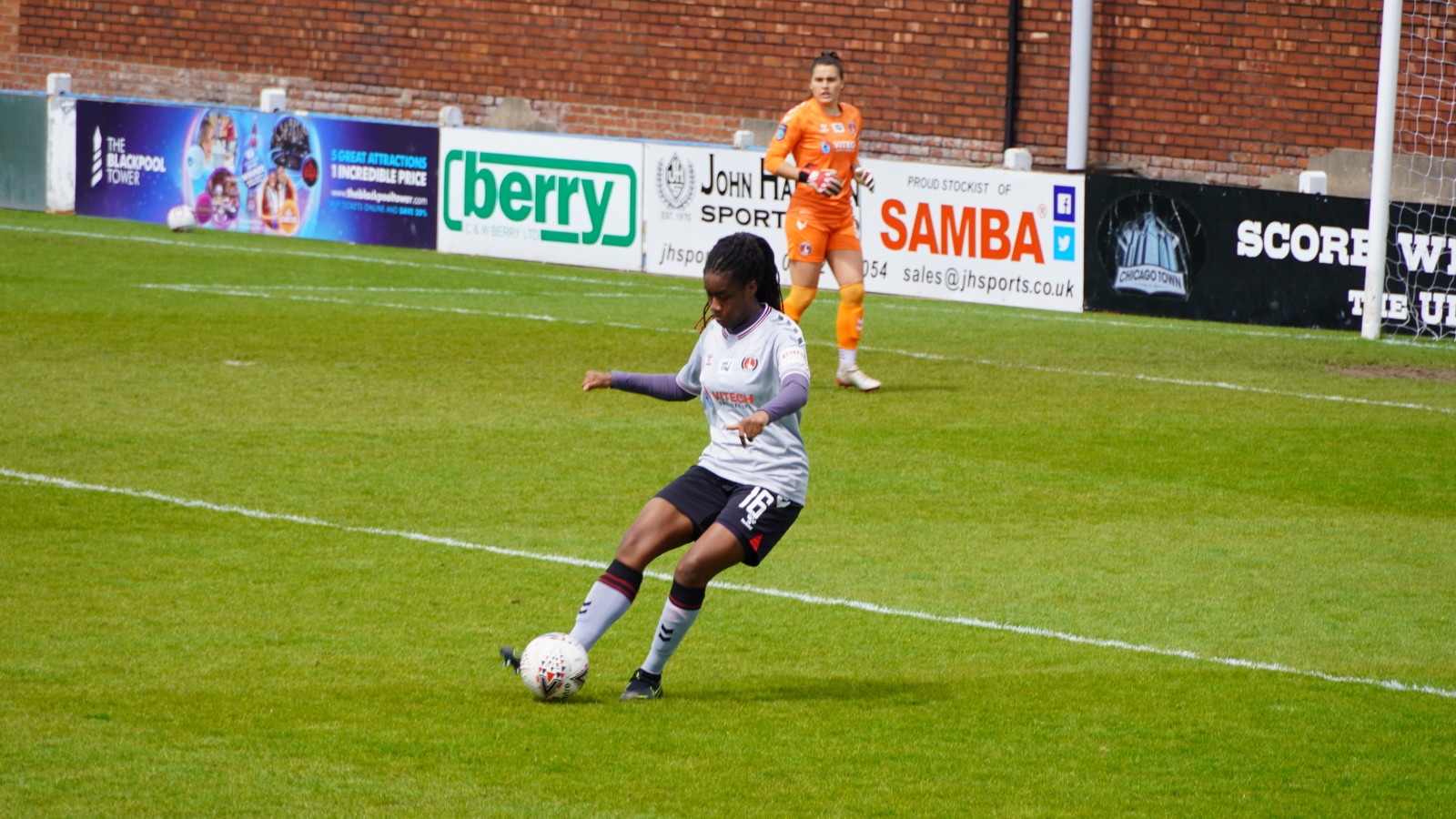 A second half strike from Jess King put Charlton Athletic into the quarter-finals of the Vitality Women’s FA Cup after a 1-0 victory over Blackburn Rovers on Sunday.

King kept her cool to slot a Katie Godden through ball past Alex Brooks 12 minutes from time to secure the win for the Addicks.

Chances were at a premium for most of what was a cagey contest. Blackburn largely dominated the first half with Charlton clawing themselves back into it after the break.

Emma Doyle and Saffron Jordan looked dangerous for the hosts, with the former playing the latter in early on but the striker’s touch was too heavy. Doyle then dispossessed Elisha Sulola in the middle of the park but could only see Eartha Cumings save her shot.

Later in the half a ball over the top caused concern in Charlton’s back line as it evaded the defence and Cumings was found in no-man’s land. Jordan got the head to the ball before the Charlton stopper but the effort drifted wide of the post.

Charlton’s best chance of the first period came just before the half when Ella Powell floated a corner underneath the crossbar but Blackburn eventually scrambled the ball away.

The second half was much more eventful as both sides pushed for the elusive opener. Jordan again was in the thick of things, attempting to lob Cumings first time but finding the Scot equal to it.

Another good Powell corner was headed wide across goal by Sulola and Charlton perked up when head coach Karen Hills introduced a trio of substitutes on 55 minutes.

Two of those combined to almost make an immediate impact when Godden pulled back for Shauna Vassell, who could only poke at Brooks.

Blackburn created chances to find an opening, but that never really came. A few set pieces were overhit and the visitors’ defence stood strong.

It was on 78 minutes when the deadlock was finally broken. Godden picked the ball up in Blackburn’s half and split the Rovers defence with an incisive pass. King ran onto the ball and calmly rolled it into the corner for what was to be the winning goal.

Charley Clifford took aim from range moments later, only to see her effort fly over, while a mazy run from Blackburn’s Natasha Fenton saw Jordan miscontrol and allow Cumings to save.

Fenton was to have one last shot late on in the contest that was easily saved by Cumings, but it was Charlton that had the better chances to extend their advantage.

Lois Heuchan headed a Powell corner goalwards to see it headed off the line and Ellie Dorey almost pounced on a spill from Brooks.