Nigel Adkins: "I’ve been made to feel welcome from the day I joined the football club" 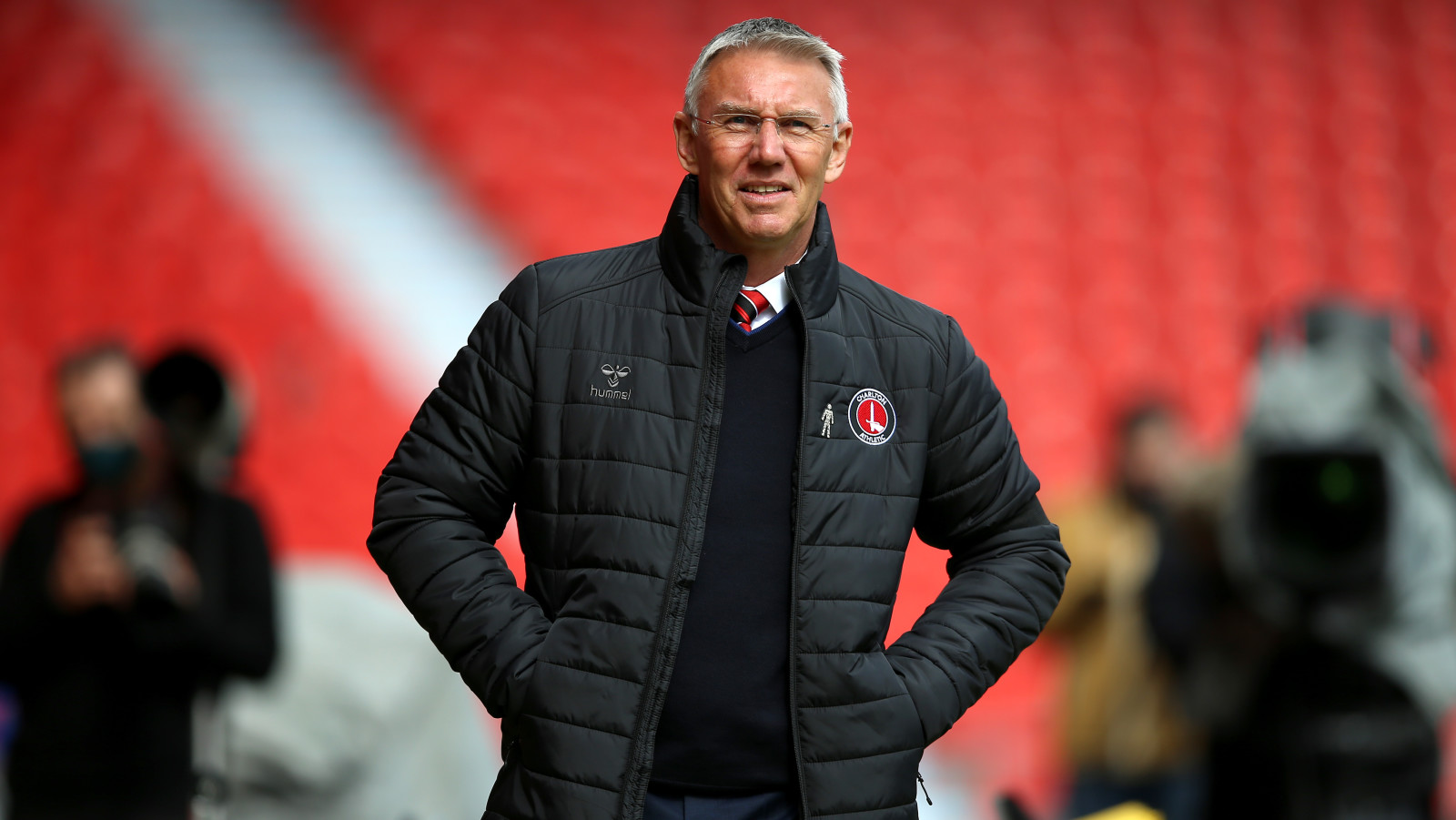 Nigel Adkins has thoroughly enjoyed his first two months as Charlton manager since arriving at The Valley in March.

The Addicks lost just once during Adkins’ first 10 games at the helm and concluded the season with consecutive SE7 victories over champions Hull City and promotion hopefuls Lincoln City, only to miss out on the play-offs on goal difference.

“I’ve really enjoyed it,” Adkins told Charlton TV. “I’ve been made to feel really welcome from the day I joined the football club by other staff, the players. The engagement with supporters has been really good, really enjoyed it. It’s just such a big shame that we just missed out at the final hurdle.”

The 56-year-old also revealed the Addicks’ preparations for the 2021/22 season are well underway and provided an insight into this summer’s ongoings.

“Having been at several football clubs before I know the importance of getting your business done as early as you can. Obviously there’s a lot of things going on behind the scenes. Normally when the final whistle’s gone, that following week which we’ve just had, is always a very, very busy time for myself and all managers. We’ve had loads of conversations with players that we have under contract, one-on-one meetings, reflection on the season, what did we learn? How can we move forward?

“Players need decisions. They’re human beings, they need to know where they stand. But likewise, we’ve got to be building for the future. Obviously I’ve just joined six weeks before the end. We need to be thinking hopefully in 12 months time, or the next window, we’re ahead of the game in respect of players that we’ll be looking to recruit. As I’ve said it’s a very, very busy period, but an exciting situation that’s on the horizon.”

Adkins recently met with almost 300 Charlton Athletic Supporters’ Trust members on Zoom and admitted he has been overwhelmed by the interactions with supporters ahead of their long-awaited return to The Valley in the coming months.

“I really enjoyed it. So many great questions, intelligent questions, challenging questions. I could’ve talked for hours! I would’ve liked to have spent a lot more. It would’ve been great if we could’ve been in a room and actually see each other face-to-face and get the feeling of that. But it was just great for the initial start that we can just start to talk and engage, and realise that it’s the supporters’ football club, how much it means to them and how privileged we are to be in the position we’ve got. Just try and do the best we can whilst we’re here.

“Around the world we’ve been facing this COVID situation and we all just can’t wait to be in a stadium together to interact. We just talked about meeting face-to-face there; it will be great when we can all do that.

“To have 7000 supporters already wanting to be here for next season is fantastic. We’ve obviously got to make sure that we put a squad in place, a team in place that’s going to give the supporters something really exciting to cheer about. But even if we don’t I think all the supporters want to be there, enjoying themselves with their mates. It’s the community feel. We’ve talked about it so many times, about Charlton Athletic and the role they have within the community. It’s so important. It’s a starting point going forward.”