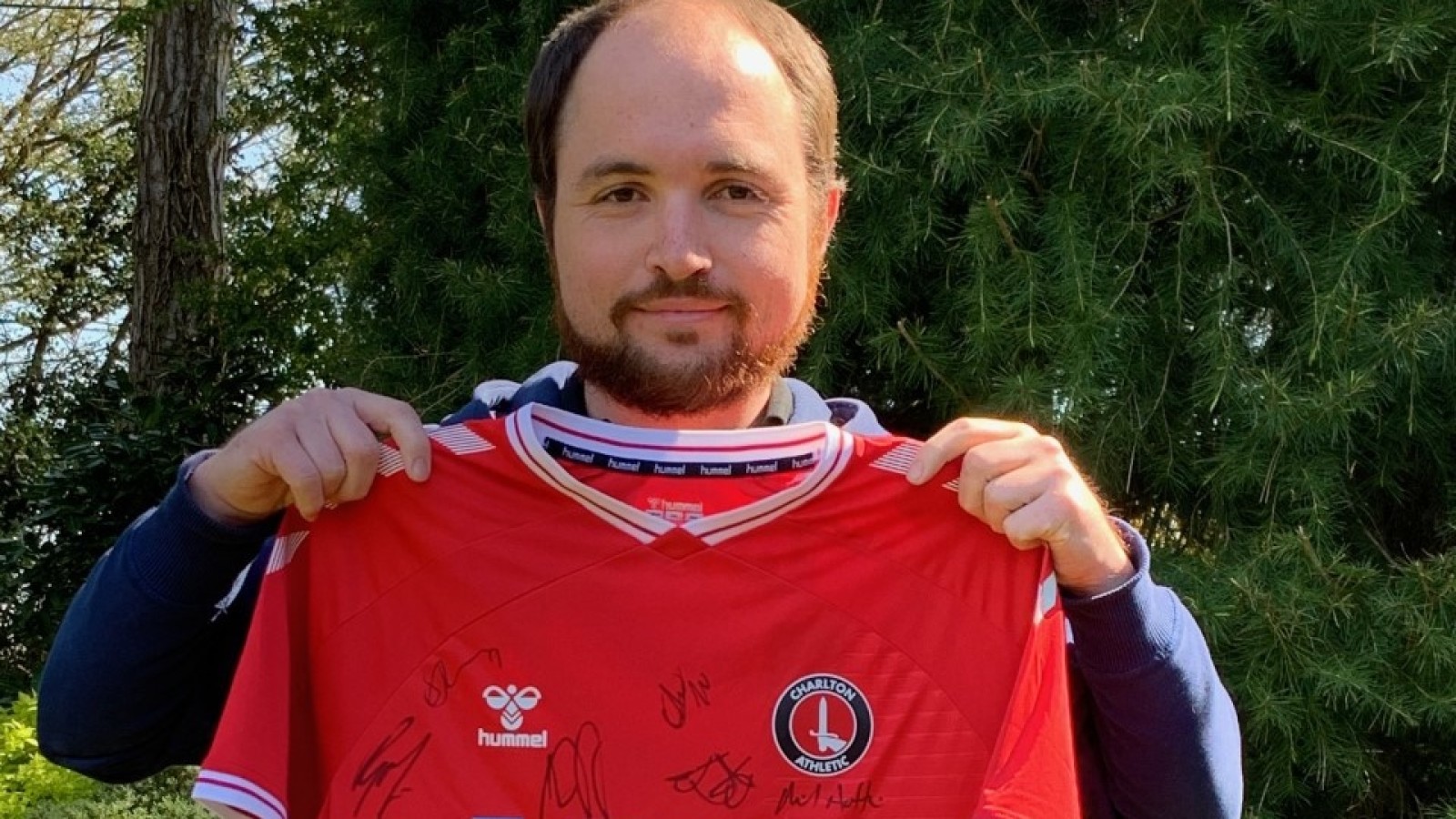 With lockdown presenting a difficult time for many supporters, the club launched a Random Act of Kindness campaign in December which sees a fan randomly selected each month to be the recipient of a birthday gift from Charlton Athletic.

In April, season-ticket holder Dan Lee turned 30 and was gifted a signed shirt to celebrate.

He said: "I was surprised but delighted to receive a signed home shirt for my 30th birthday in April!

"My Dad started taking me to Charlton during the 1996/97 season and I have been a season ticket holder ever since the 1997/98 Division One play-off winning season. Since then I have had some very special moments watching Charlton, aside from the 1998 play-off final of course, most memorably the 4-3 win away at Aston Villa in 1999 and the 4-2 win against Arsenal at Highbury in 2001. I have also been lucky enough to be mascot twice against Leeds United, at home in 1999 and away in 2002.

"I can’t wait to get back to watching live games at The Valley!"

The campaign will run until at least June, with one lucky fan being contacted via email each month to receive their gift.

Fans are urged to ensure their personal details are up to date on their account on the club's ticketing system.