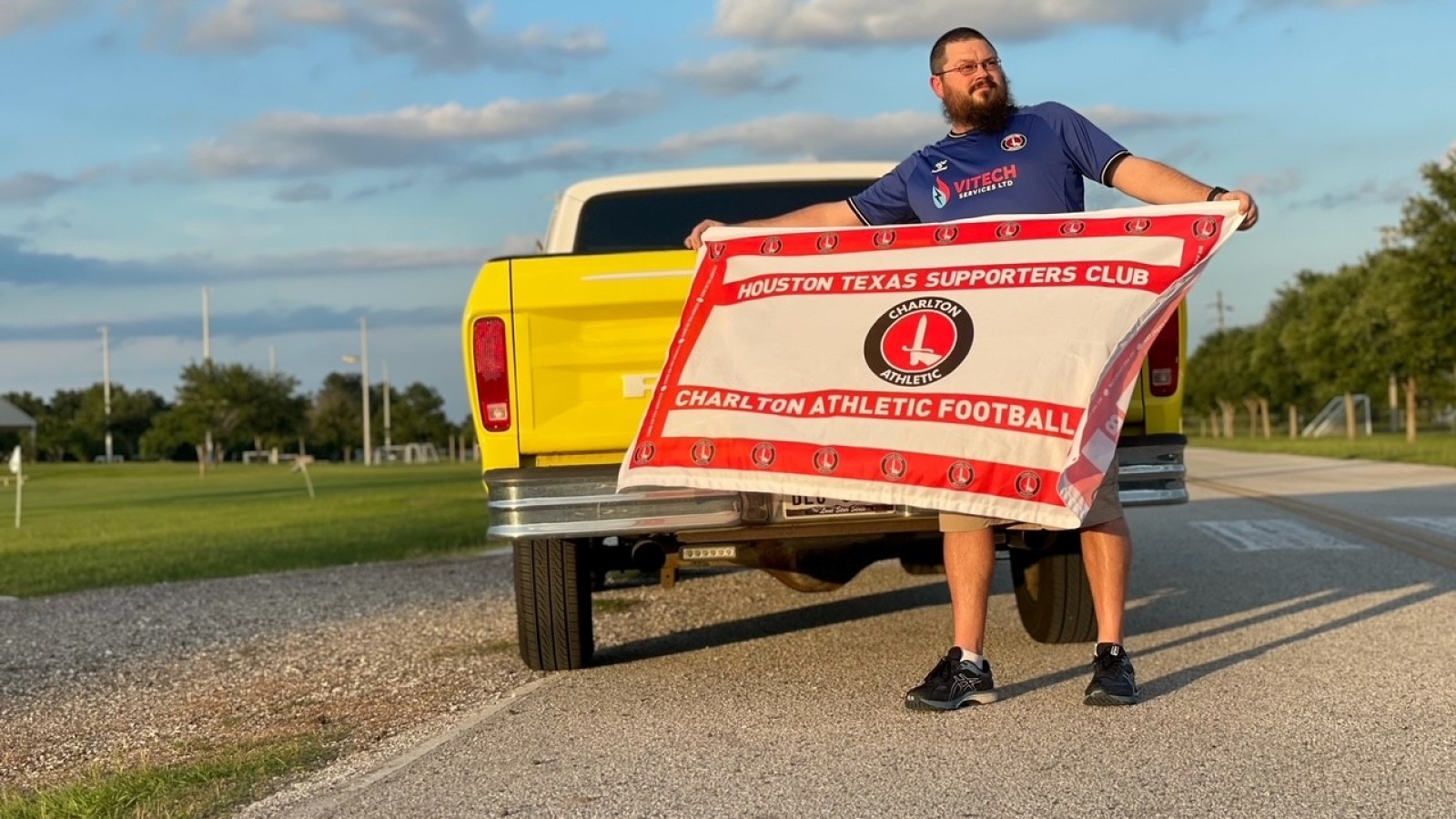 Lifelong fan Randi Bish, who now resides in America, became the first ever international member following the launch of the club’s new membership scheme at the start of this month.

Randi was born in Dartford to a long line of Charlton supporters and was a season-ticket holder before moving to Houston, Texas in 1997.

He said: “I’ve made it home a few times since then and always go to see as many games as I can. I was lucky enough to be in town to see the Charlton 3-2 Blackburn game in 2004 when Brad Friedel thought he had equalised and I was at The Valley on Boxing Day 2003 when we beat Chelsea 4-2.”

Now Randi watches all the Addicks games on CharltonTV, following the takeover of Thomas Sandgaard and was in quickly to become the first international member. The membership costs just £25 and includes an International Addicks flag and pin badge.

International Addicks will also receive 15% off an annual CharltonTV subscription to help them follow all the action from afar, 25 loyalty points and 20% off stadium tours. Click here to find out more and to purchase your membership.

Randi added: “I was lucky enough to bring my wife over in September 2014 for her first visit to see Charlton in a goalless draw against Middlesbrough. I watched us get promotion via the League One play-offs a couple of seasons ago at my dad’s house.

“As soon as I heard we had new owners I signed us up for the CharltonTV season ticket and have enjoyed watching every game home and away again. I watch as many as I can with my dad but the midweek games are usually watched on my work computer as they are the middle of the day for me.”