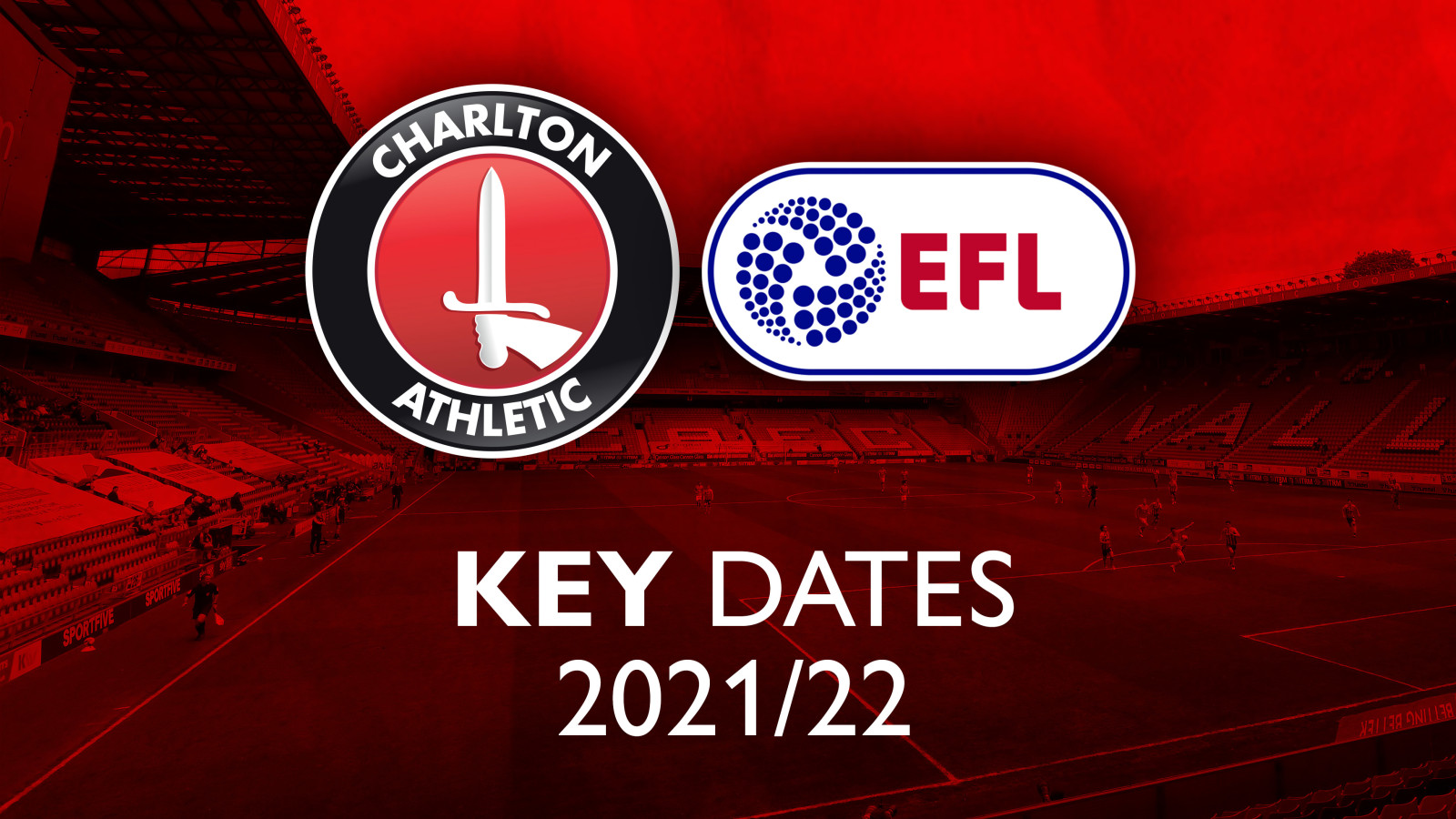 Charlton's 2021/22 Sky Bet League One fixtures will be released across the club channels on Thursday, June 24th at 9am.

The Addicks will discover how their new campaign will be laid out with the opening day of the new season set for Saturday, August 7th, while the first round of the Carabao Cup will follow swiftly during the following midweek.

The final day of the League One season will take place on Saturday, April 30th, one week earlier than the Championship and League Two. This is to accommodate the EFL play-off finals being split across two weekends due to the Queen's jubilee bank holiday in 2022.

More than 8,500 supporters have already snapped up their season tickets for 2021/22 and you can join them by securing your place at The Valley to get behind Nigel Adkins' Addicks in what is sure to be an exciting campaign in SE7.

League One playoff final: May 21st