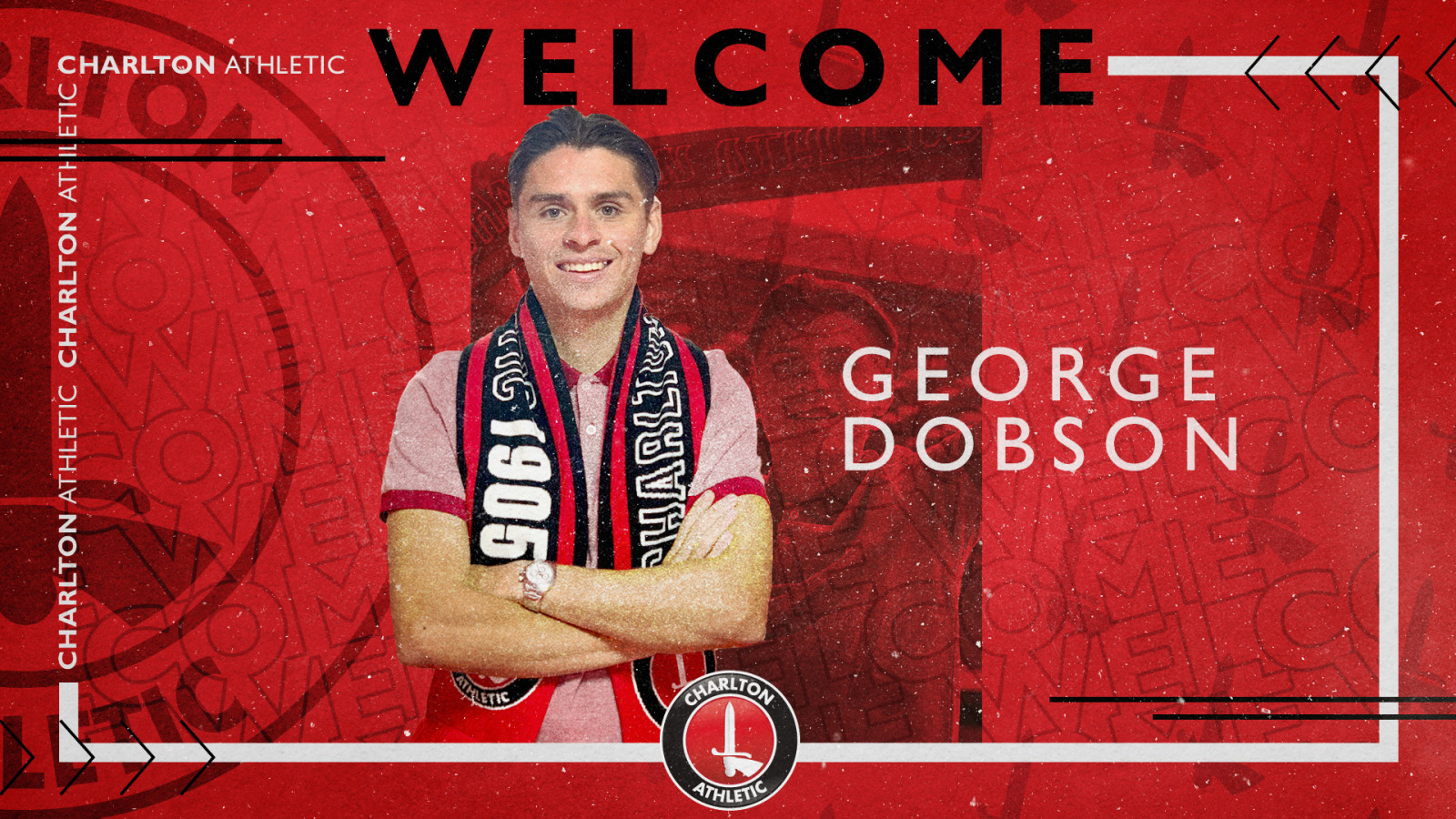 Charlton Athletic are pleased to confirm the permanent signing of midfielder George Dobson.

The talented, 23-year-old has signed a two-year deal with the Addicks.

The midfielder was earmarked as a key signing for Charlton while playing an important part in AFC Wimbledon’s strong second half of the 2020/21 season, appearing in 21 games during a very impressive loan spell at the club.

After putting pen to paper at The Valley, Dobson said: “I’m delighted - the size of the club, the manager, the fans – it has everything really. When I found out about the interest it was something that really intrigued and interested me. Then, obviously, once you have the conversation and find out the manager’s aspirations for you, it was a no brainer. I’m delighted to be here and really can’t wait to get started."

Manager, Nigel Adkins, has said previously he wants to bring younger players to The Valley. He said: “I am pleased George becomes another summer signing for us, he has a reputation as a combative midfield player, so I’m looking forward to working with him."

Dobson becomes the third signing of the summer transfer window following the arrivals of Jayden Stockley and Craig MacGillivray. Owner, Thomas Sandgaard, explained he is happy to see the Addicks continue to build the squad in line with the club’s strategy.

He said: “George is a player our recruitment team have been looking at very closely and highlighted as one of our priorities. He is a talented midfielder who, despite his young age, has a wealth of experience at this level, so I’m really pleased we’re able to welcome him to The Valley.”

Dobson is a former West Ham United U21s captain, who shone in League One at Walsall, earning a move to Sunderland before joining AFC Wimbledon on loan in January. He has already played 139 games in League One and also played five Eredivisie games for Sparta Rotterdam during the 2017/18 season.