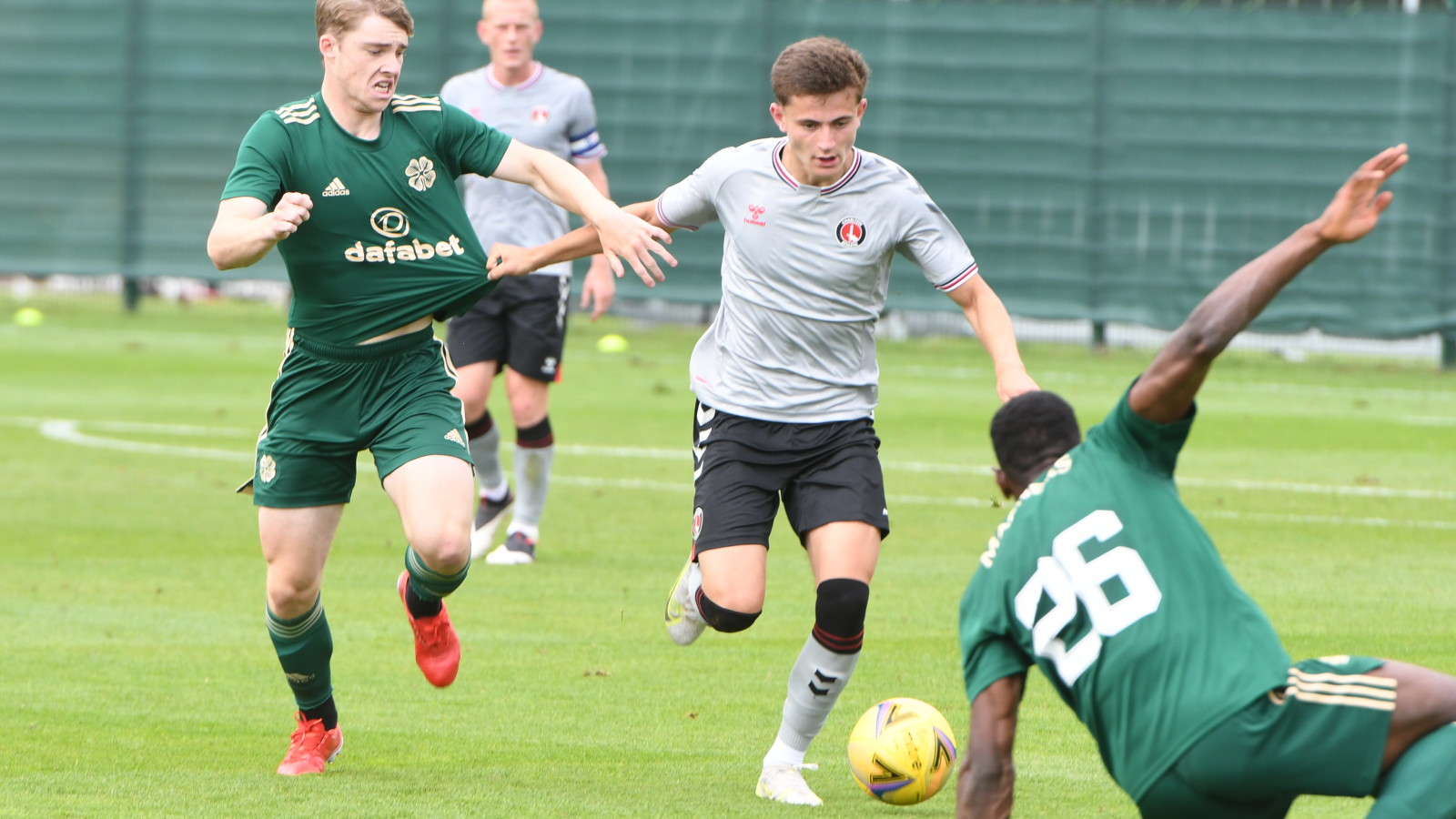 A young Charlton side opened the Addicks' 2021/22 pre-season campaign with an impressive performance in a 2-1 loss to Celtic.

Both teams looked to play football with the Scottish Premiership outfit taking a 2-0 lead into half time before a strong second half performance from Nigel Adkins’ side in which Conor Washington scored a well-taken goal.

After an even start, winger Charles Clayden created the best opportunity of the opening 20 minutes, advancing well into the box after the Addicks had won the ball with some high pressure. His drive across goal, from the byline, could have gone anywhere but was touched behind for a corner.

Celtic took a 24th minute lead when Charlton weren’t quite able to clear their lines and Karamoko Dembele collected the ball in the Charlton box, moved it onto his left foot and shot hard and low into the net.

The Addicks were denied an immediate response by the hand of goalkeeper Vasilis Barkas. Albie Morgan fed a clever ball in to Ben Dempsey, who shot at goal from a tight angle, forcing a save from the Greek international.

Two new sides started the second half and the Addicks started well, controlling the midfield through Ben Watson.

A powerful, overlapping run from Charlie Barker down the right was followed by a deep cross which Conor Washington wasn’t quite able to get his head on.

The Addicks pulled a goal back in the 77th minute when Josh Davison won the ball in the Celtic half and played in Conor Washington on the left wing who placed a neat right-footed shot through the legs of goalkeeper Scott Bain.

Bain did excellently to deny Washington an 87th minute equaliser, sprawling across his goal to tip right-footed curling effort just over his bar for a corner as Celtic ended the game 2-1 victors.