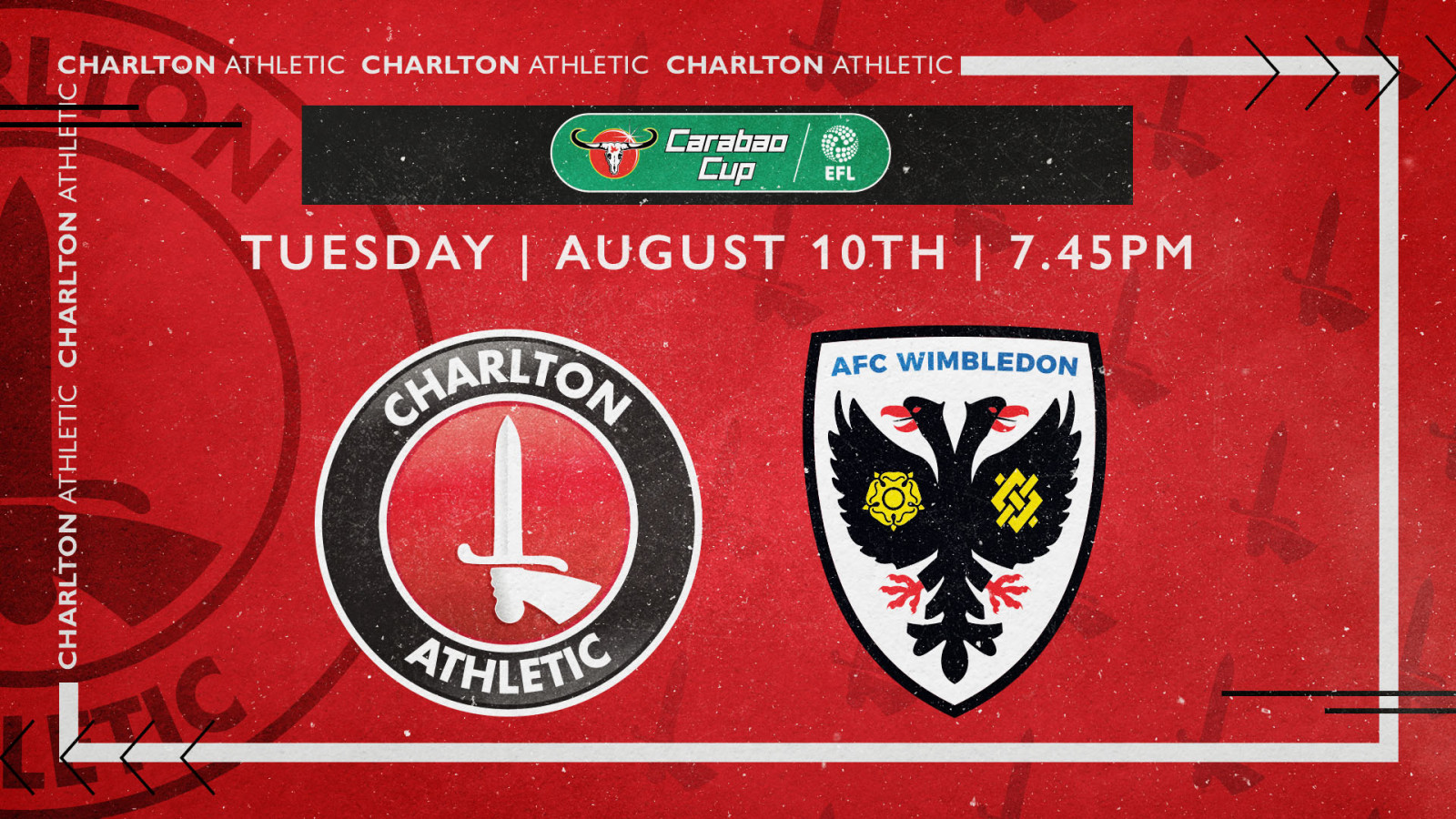 The Addicks will host AFC Wimbledon at The Valley in the first round of the Carabao Cup on Tuesday, August 10th (7.45pm).

Nigel Adkins' men will begin their League Cup campaign with the tie against the Dons in SE7, hot on the heels of the opening-day league clash with Sheffield Wednesday three days earlier.

Tickets for the cup clash will be priced £10 adults and £5 U21s and Over 65s and will go on sale once government guidelines are confirmed after July 19th.