Adkins looks ahead to Welling friendly 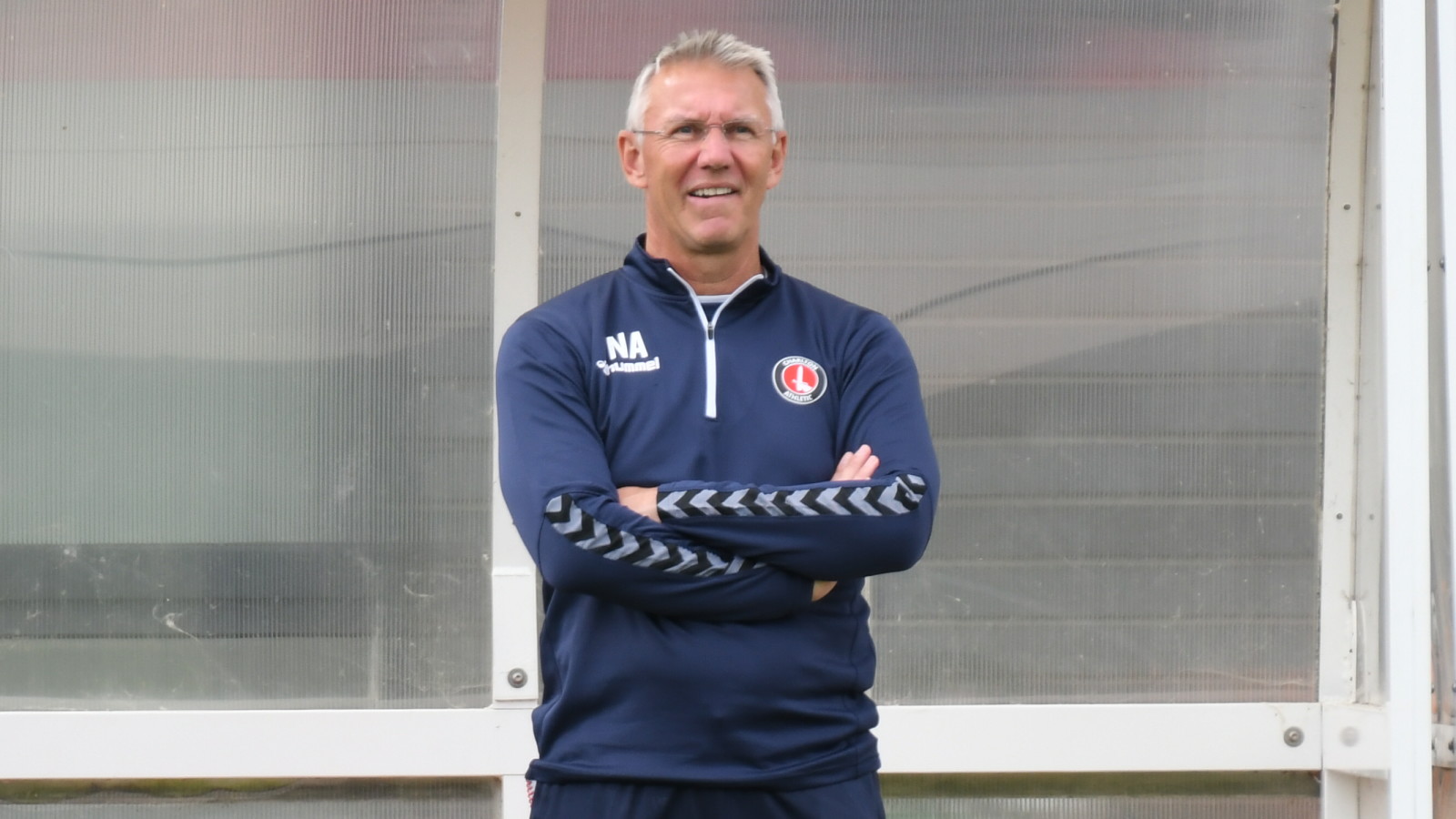 Ahead of Tuesday evening's friendly trip to Welling United, Nigel Adkins discussed his plans for his players as he looks to progress their fitness for the new campaign.

Charlton opened their pre-season with an impressive display against Celtic at Dragon Park in Newport on Saturday with a number of academy players catching the eye.

And Adkins revealed that his squad will look very much the same on Tuesday with the club's academy players set to supplement the first-team as they look to gradually increase their minutes.

"It will be a mix and match again, just as it was on Saturday [against Celtic]," explained the Addicks boss.

"Likewise, when we go to the Dartford game on Saturday, we’re planning to have four 30-minute periods, so players will be getting an hour’s worth of football. We’re doing 45 minutes at the moment, so it’s about progressing that.

"It’s a great opportunity for our young players to get involved, as they did on Saturday. Four of them didn’t get on the pitch, but they travelled with us.

"We’ve tried to have that collaboration throughout the football club which is really good and really exciting. We’re building something special."

Some tickets were still available for the friendly clash on Tuesday morning and they can be purchased directly from Welling's website by clicking here.

The game will also be streamed live on CharltonTV with a monthly (£6.50), annual (£60) or one-off (£5) pass. International CharltonTV Live seasonal subscribers can also see the game as part of their package. Click here for full information on how you can watch the game live.