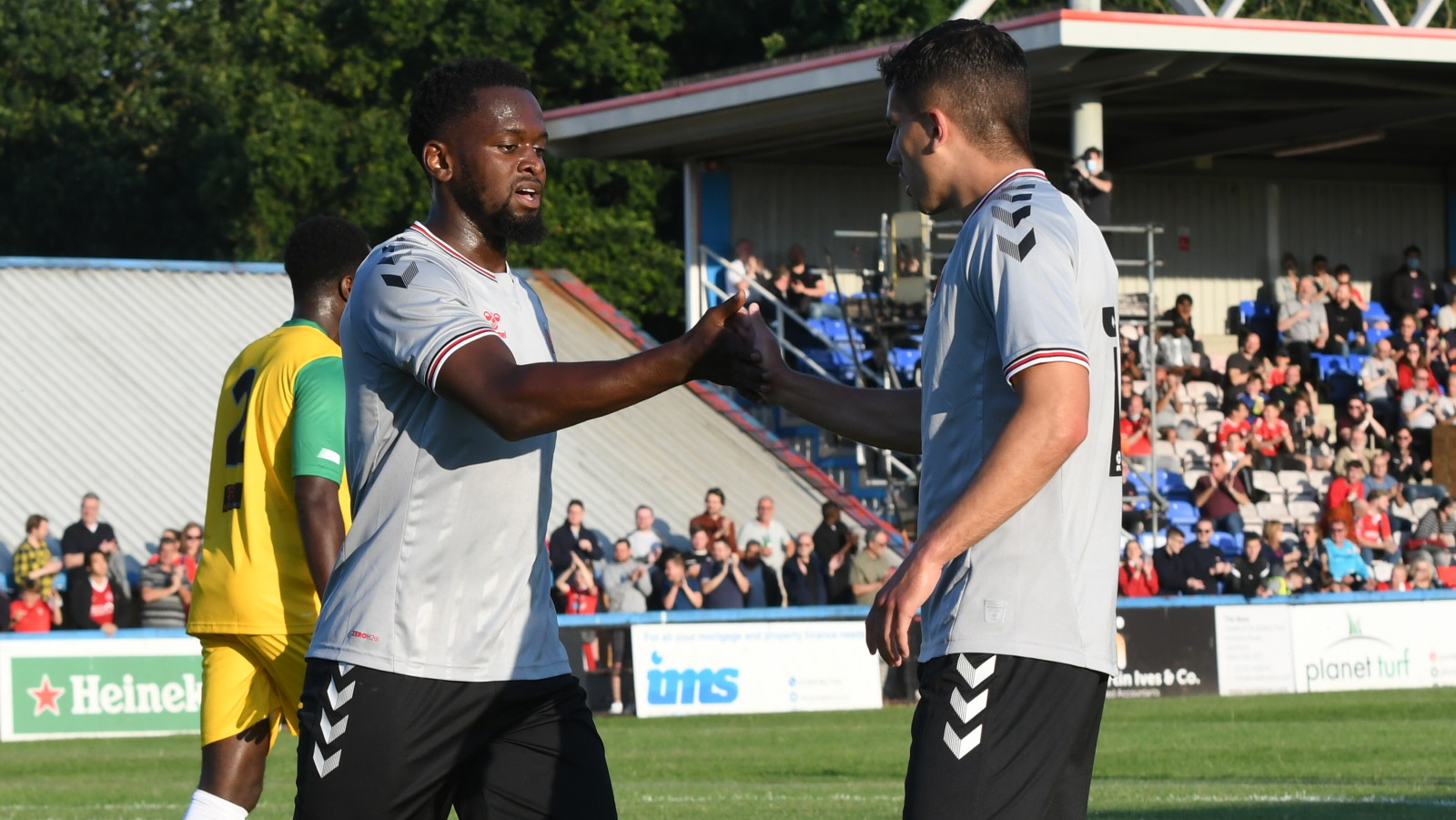 Diallang Jaiyesimi, Charles Clayden and Aaron Henry all found the net while Albie Morgan recorded two assists in a comfortable outing for the Addicks, playing in front of fans for the first time in 2021.

Clayden, a constant threat from the right in a busy first half, struck the crossbar in the eighth minute with a floated effort that initially looked like a cross but gave Welling United’s trialist goalkeeper a real scare as he scrambled across his goal.

Ben Dempsey forced a save from the trialist a minute later when he latched onto a cross from Ben Purrington.

The Addicks pressure paid off in the 12th minute when Morgan unleashed Jaiyesimi on the counter attack. The winger took two touches before striking a left-footed effort across the goalkeeper and into the bottom corner of the Welling goal.

A cross from the left from Jaiyesimi was met by Jayden Stockley, whose headed effort just wide of the post shortly after Nigel Adkins' side had taken the lead.

After giving Welling an earlier warning, Clayden doubled Charlton’s advantage in the 25th minute. The young winger received a pass from Morgan and danced in from the right wing onto his favoured left foot and dispatched a shot, beating the Welling goalkeeper at his near post.

After assisting both of the Addicks opening goals Morgan went searching for his own and saw an ambitious 40-yard effort fall just the wrong side of the crossbar with the Welling goalkeeper well beaten.

As with the previous game against Celtic, it was all change for Adkins at half time, although Craig MacGIllivray, who hardly touched the ball made it until the 60th minute when he was replaced by Nathan Harvey.

Just before the substitution the Addicks had scored a third, when a loose ball fell to Henry outside the Welling area. The academy starlet controlled onto his weaker left foot and placed a low shot in the bottom corner to put Charlton 3-0 up.

Samuel Oguntayo nearly netted Charlton's fourth when he got on the end of a lovely passing move but his driven effort across goal went just wide. Minutes later, Hady Ghandour, sliding in at the back post, was just too late to touch in a low Josh Davison cross.

Conor Washington was denied an 87th minute goal thanks to a diving save from Welling's substitute goalkeeper, also a trialist, as the Addicks ended the game 3-0 victors.