Welcome back! Tickets to go on sale for Sheffield Wednesday clash 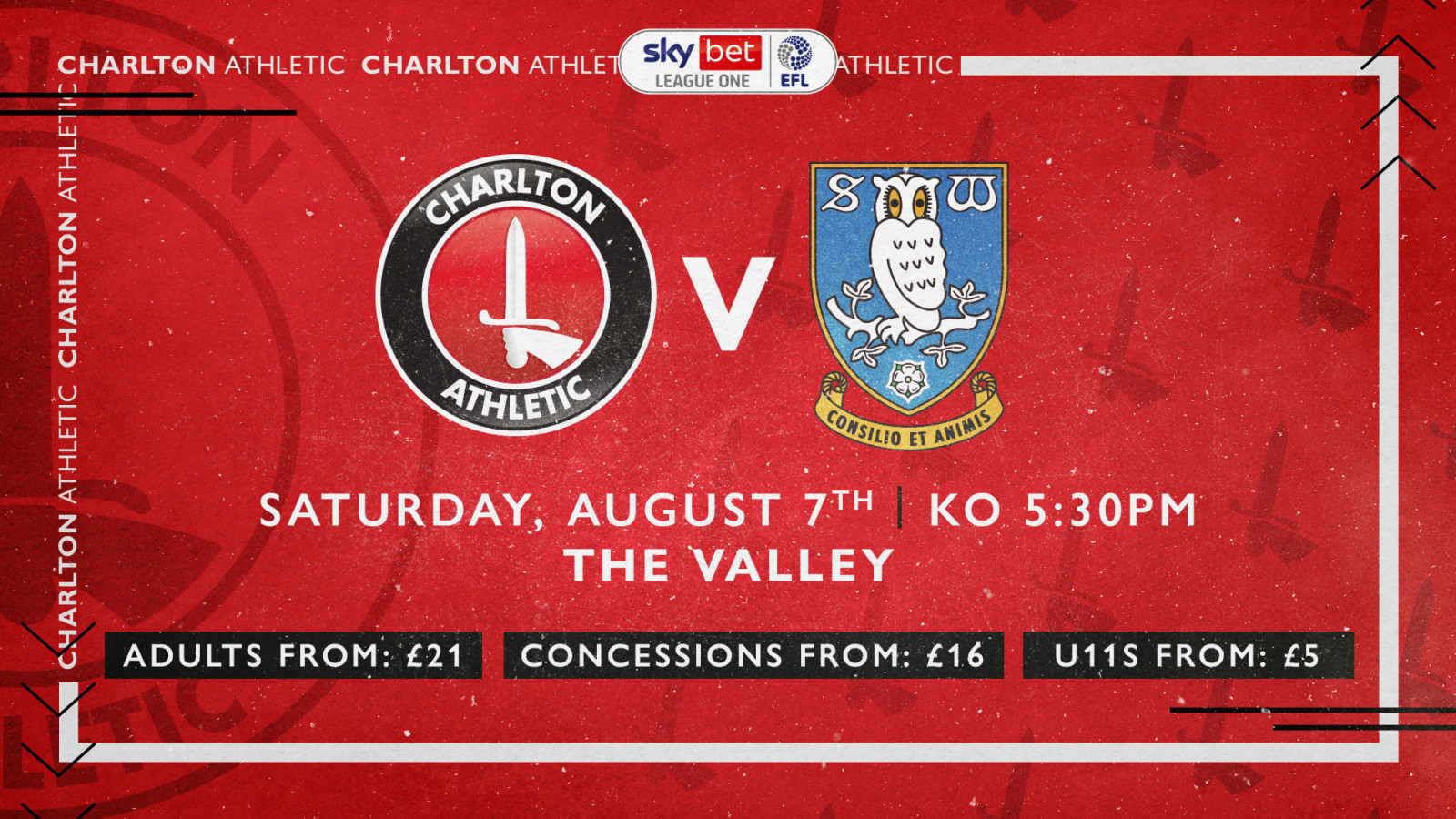 Tickets for Charlton’s opening game of the season, against Sheffield Wednesday, will go on sale from 1pm on Tuesday, July 20th.

The game is one not to be missed as it is set to be Thomas Sandgaard’s first with The Valley at full voice and will also include a celebration of Alan Curbishley as the legendary, former Charlton Manager’s new stand is unveiled.

Supporters can purchase their ticket for the game, which takes place on Saturday, August 7th (5.30pm), when tickets go on sale by clicking here.

The game has been assigned as a gold game and supporters who aren’t on the club’s database are advised to purchase well in advance with the potential for the game to go on restricted sale if the away end sells out.

The club’s match-to-match pricing for gold games can be found below.

As the game is a gold game, early-bird season-ticket holders won't be able to redeem their free ticket for the game.

Tickets for the Addicks’ home game against Wigan Athletic (Saturday, August 21st), go on sale to Charlton members on Wednesday, July 21st at 9.30am. Members receive a £2 discount on home league match tickets and have a the opportunity to purchase 48 hours before home league match tickets go on general sale. To become a member, which costs £35 for adults or £25 for season-ticket holders, click here.*

Tickets for the game against Wigan Athletic and the Carabao Cup game against AFC Wimbledon (Tuesday, August 10th) go on general sale on Friday, July 23rd at 9.30am.

The game against Wigan is a silver game and tickets with adult tickets available from just £18.

For the Carabao Cup game against AFC Wimbledon, tickets will be on sale at the below prices.

Details on purchasing tickets for upcoming Charlton away games will be announced in due course.

Below are the pick-up times for Valley Express for the 5.30pm kick-off against Sheffield Wednesday.

Information on the ticket office’s opening hours can be found here.

A 2021/22 season ticket starts at just £260 - which equates to just £11.30 per game, offering the best value for supporters watching Charlton this season. Click here to join more than 8,500 fans in purchasing your season ticket.

*Please note, while the £2 member discount still stands for the game against Sheffield Wednesday, the 48-hour member priority is not in place as the club delayed putting tickets on sale until the government’s Covid restrictions had been lifted.