Vyan Sampson on signing a professional deal with the Addicks 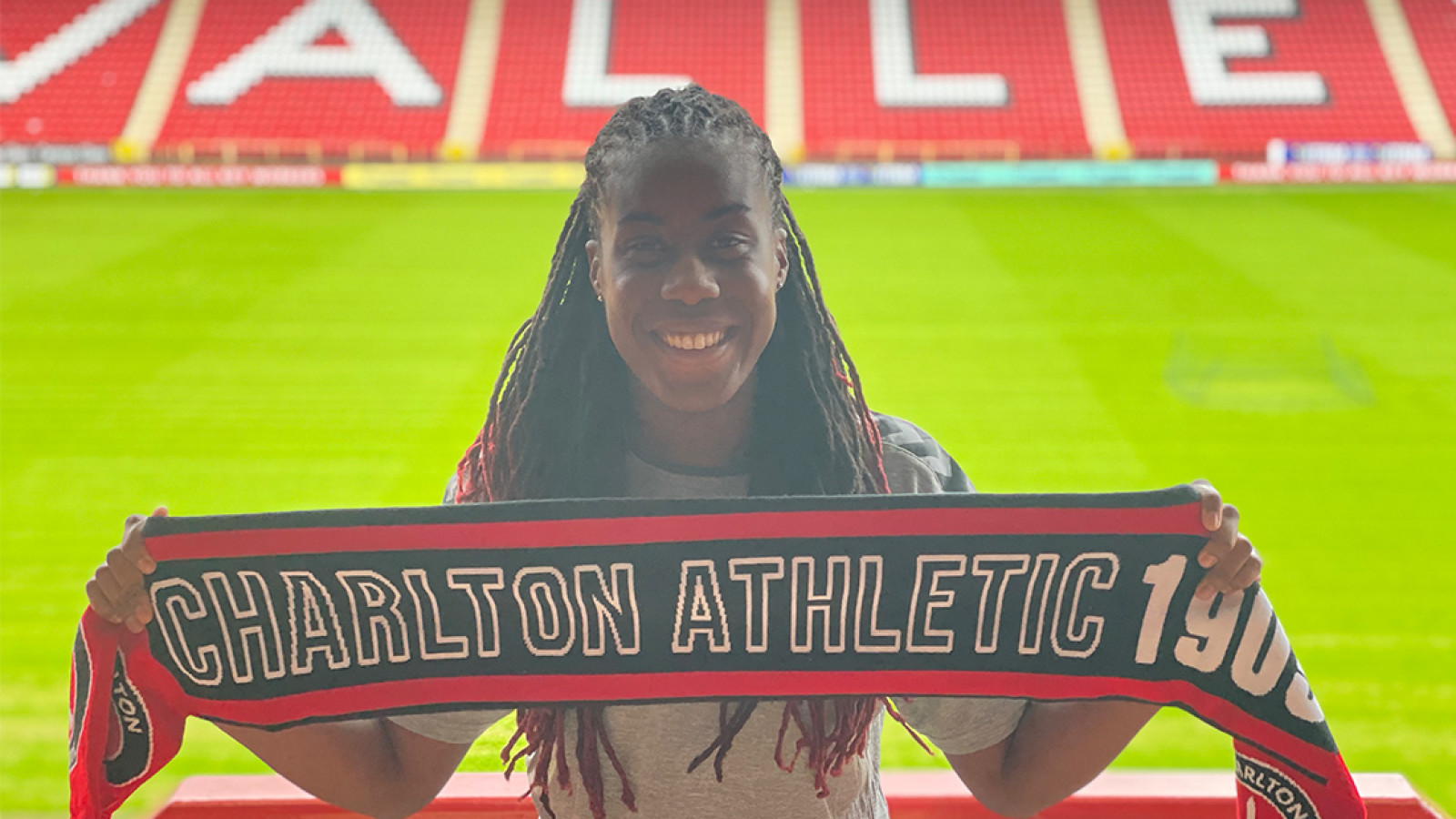 Vyan Sampson has lauded the welcoming environment at Charlton after penning a professional contract with the club on Wednesday morning.

The 25-year-old strung together a number of eye-catching displays since returning to the Addicks in January, having risen through the club’s Academy ranks before spells elsewhere in the capital with Arsenal and West Ham respectively.

”I’m really happy and really excited, especially off the back of last season,” said the Jamaican international. “I’m just really happy to get started now.

“It’s a very welcoming environment here. I was only here for less than six months but the girls all made me feel welcome, the staff all made me feel welcome. It’s not too far from home as well and obviously I have a bit of history playing here when I was younger, so there was an affiliation with the club as well. It was all positive.”

Sampson is very much enjoying life under owner Thomas Sandgaard, who has been the driving force behind the side’s transition from semi-professional to professional ahead of the 2021/22 campaign.

“I was just really thankful for him, because when you speak to him you really get an idea of his vision,” explained Sampson. “He definitely sees the value for the Women’s side, and that’s just the baseline. Things will continue to grow from here.

“You feel [the one club feel] when you speak to the ground staff up and down the facility, everyone’s really excited to have us here. Even with the RTCs [Regional Talent Clubs] and the younger age-groups, everyone’s around, everyone’s doing the same things and using the same facilities so it is very much like a one club feel."

The defender admits she is realising a childhood dream in representing Charlton’s first-team, and is relishing the prospect of welcoming fans back for the upcoming FA Women’s Championship season.

“When I was six, seven, eight playing here I never thought I would eventually play for the first-team. Obviously football was very different back then, so now it’s just so exciting just seeing all of the things that we can potentially do as a group this year.”

“I think it’s going to be a bit weird, especially post-COVID having no one at games, but the online support has been unreal. Hopefully all of those people can come out and support us live in the flesh and get a real feel for what Charlton is about. I’m really excited!”