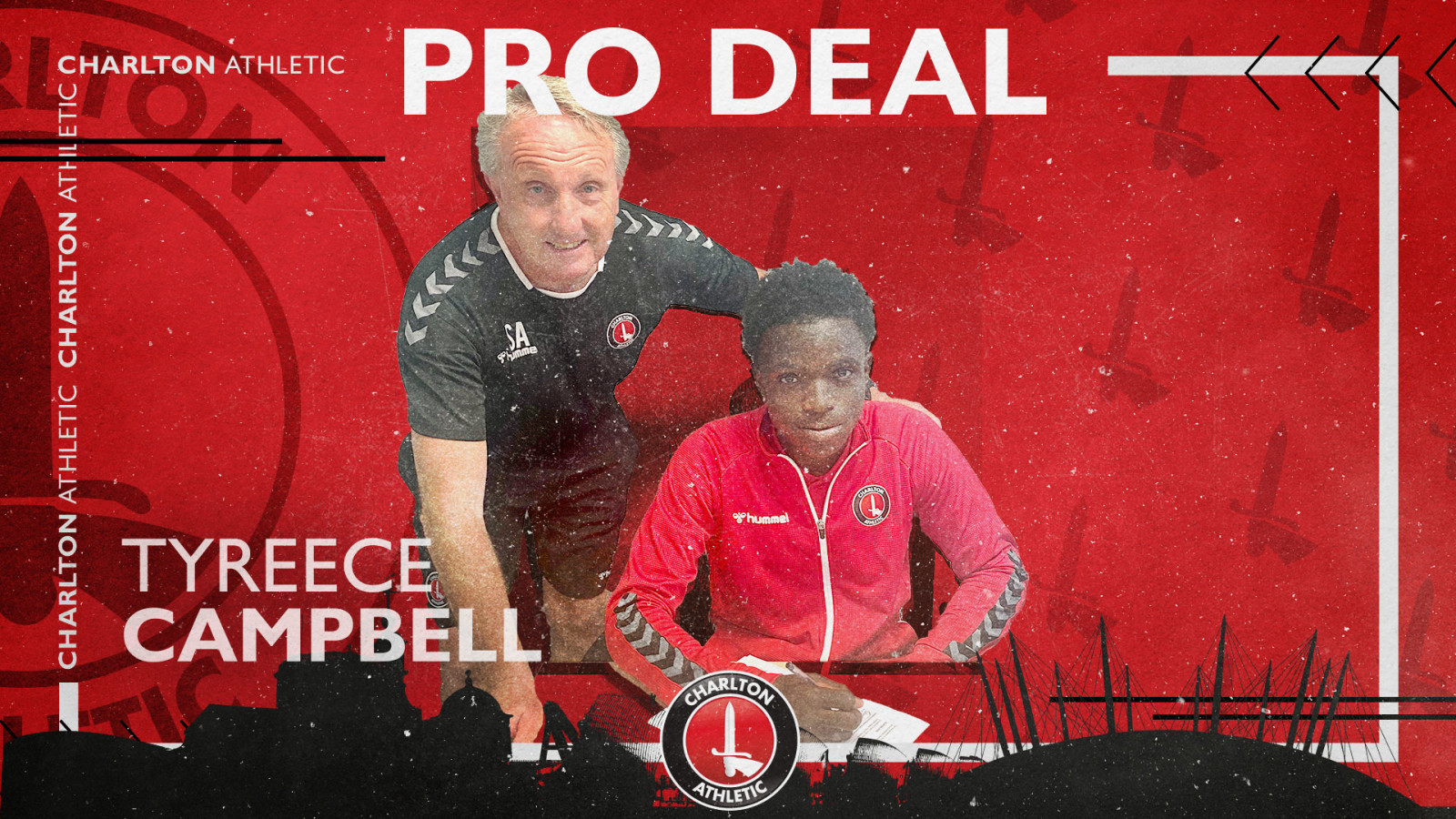 Academy prospect Tyreece Campbell has penned his first professional contract with the club.

A tricky winger capable of playing on both flanks, Campbell joined the Addicks as an U9 before navigating his way through the club’s esteemed Academy system.

Academy Manager Steve Avory said: “We’re delighted that Tyreece has committed to his immediate future at the club. He’s one of a number of what we feel are talented players with the potential to progress much further at the club, hopefully towards first-team level; there’s a development plan in place there to enable him to achieve that, and we’re confident that he’s got that ability.

“It’s good from our point of view because we obviously want the opportunity to work with Tyreece further in terms of developing him. He’s been with us now for eight years as a schoolboy and now a scholar, and we want to take him on to the next stage of his development journey. He clearly thinks, and so do his family, that the Academy can achieve that, as we have done with so many other products over the years.”

Campbell starred in Anthony Hayes’ U18 side last season as the young Addicks reached the Professional Development League 2 national play-off final, with the youngster now looking to kick on further.

“He’s a very humble young man,” added Avory. “He doesn’t get too carried away with the knowledge that he is a talented player and I feel he is confident to show us that talent on the pitch, but he doesn’t get carried away. I’m sure that, even though he will be delighted to sign this contract, he will move on to the next stage in terms of his desire to progress towards our first-team.

“Tyreece is certainly one of those players who you feel you’re going to get that little moment of magic from because he’s a dribbler. He loves that one-on-one situation against defenders and that’s exciting. He’s got goals in him as well and, even though I think he’s more naturally right-footed, he prefers to play on the left-hand side cutting in as a wide forward. He’s developed a good understanding and a good work ethic which he’s going to need to go further as well.”