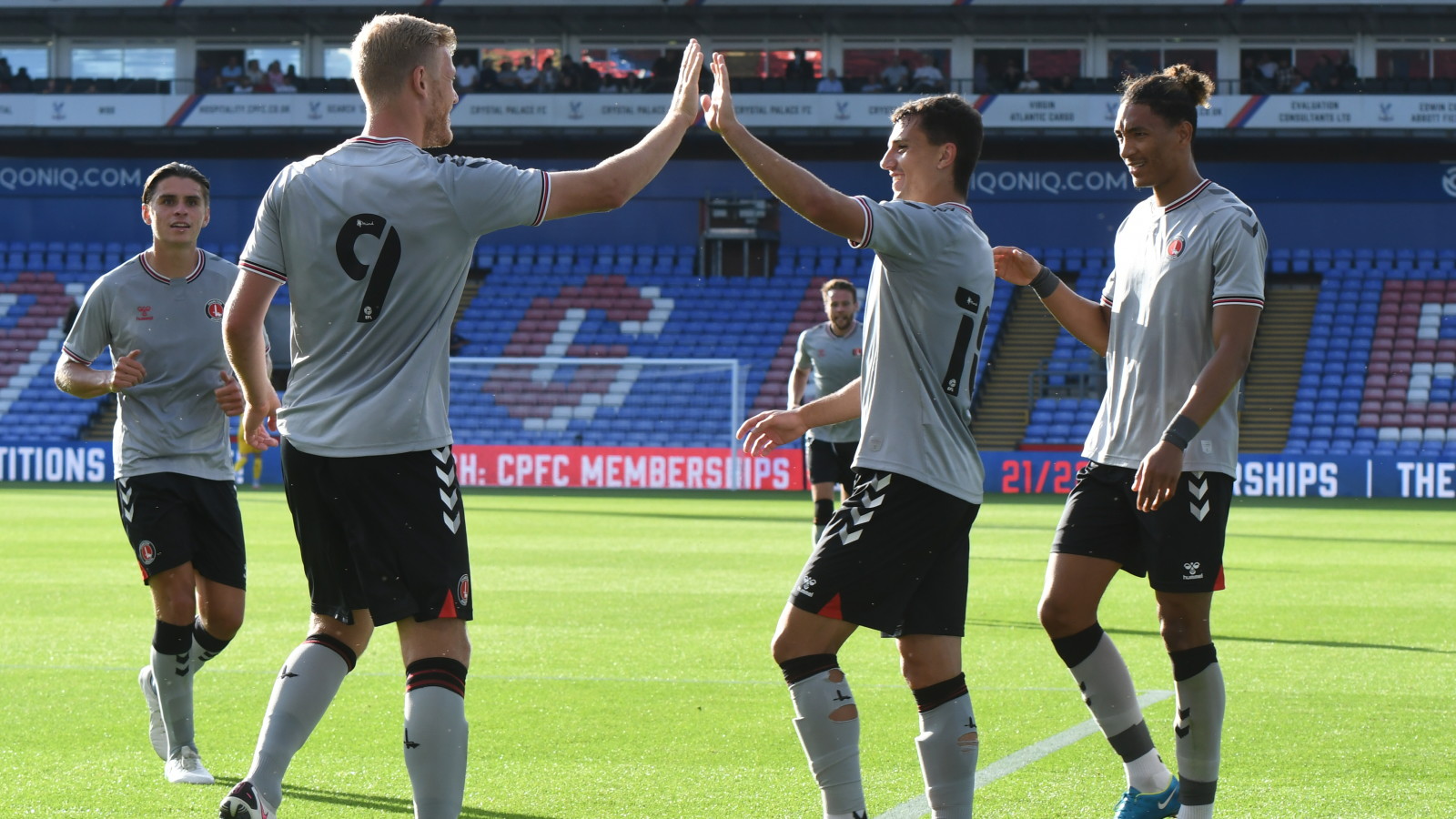 An impressive performance across south London saw Charlton draw 2-2 with Crystal Palace at Selhurst Park in their penultimate pre-season friendly on Tuesday evening.

Jayden Stockley levelled the scores with his first goal of pre-season after Jesurun Rak-Sakyi had gifted the Eagles an early advantage on 15 minutes. The second period saw a young Addicks side go toe-to-toe with the Premier League outfit to earn a 2-2 draw, with Josh Davison’s sublime finish cancelling out Scott Banks’ effort.

Manager Nigel Adkins made three changes from Saturday’s 1-1 draw at Reading, with Chris Gunter and Jason Pearce returning to the back four in place of the injured Ben Purrington and Ryan Inniss, who, as planned, was rested ahead of the trip to Fulham this weekend. Elsewhere, Jayden Stockley replaced Davison to spearhead the Addicks attack, having overcome a bout of illness.

The opening exchanges saw the hosts enjoy the lion’s share of possession, though it was the Addicks who mustered the early chances.

Tricky feet from Diallang Jaiyesimi took the winger past two Palace men on the right flank, but his through ball was cut out promptly by an onrushing Jack Butland under pressure from Conor Washington.

Minutes later, Chris Gunter’s tantalising left-footed delivery was met by Stockley, whose looping effort was nodded off the line by James Tomkins with Butland all but beaten.

The Eagles took the lead on 15 minutes, though, Rak-Sakyi’s intense pressing forcing Craig MacGillivray into an error with the keeper’s clearance ricocheting off the Palace man and into the net.

Charlton’s response was almost immediate: Washington brought down Albie Morgan’s diagonal ball forward, though the Northern Irishman could only fire straight at Butland from range.

Another flurry of chances arrived soon after, Washington flashing a dangerous ball across the Eagles six-yard box before Sean Clare nodded over from Adam Matthews’ pinpoint cross.

After the interval, Adkins made wholesale changes to his team, utilising seven substitutes with MacGillivray, Pearce, Gunter and Stockley the only survivors.

MacGillivray made a superb double save, first rebuffing Tomkins’ effort and then tipping captain Cheikhou Kouyate’s point-blank follow up onto the bar, though the linesman’s flag was raised regardless.

The Addicks youngsters certainly held their own as the second period continued, with Charlie Barker denying Rak-Sakyi with a last-ditch tackle after substitute Jeffrey Schlupp had threaded through the Palace goalscorer.

Palace doubled their tally on 75 minutes, however, when replacement Jean-Philippe Mateta combined neatly with Banks, who finished smartly past MacGillivray.

Adkins’ youngsters were not to be disheartened though, breaking forward moments later through Hady Ghandour, with an opportunistic Davison on hand to hammer the ball home emphatically.