"No one expected us to get this far": Charlton Invicta prepare for cup final 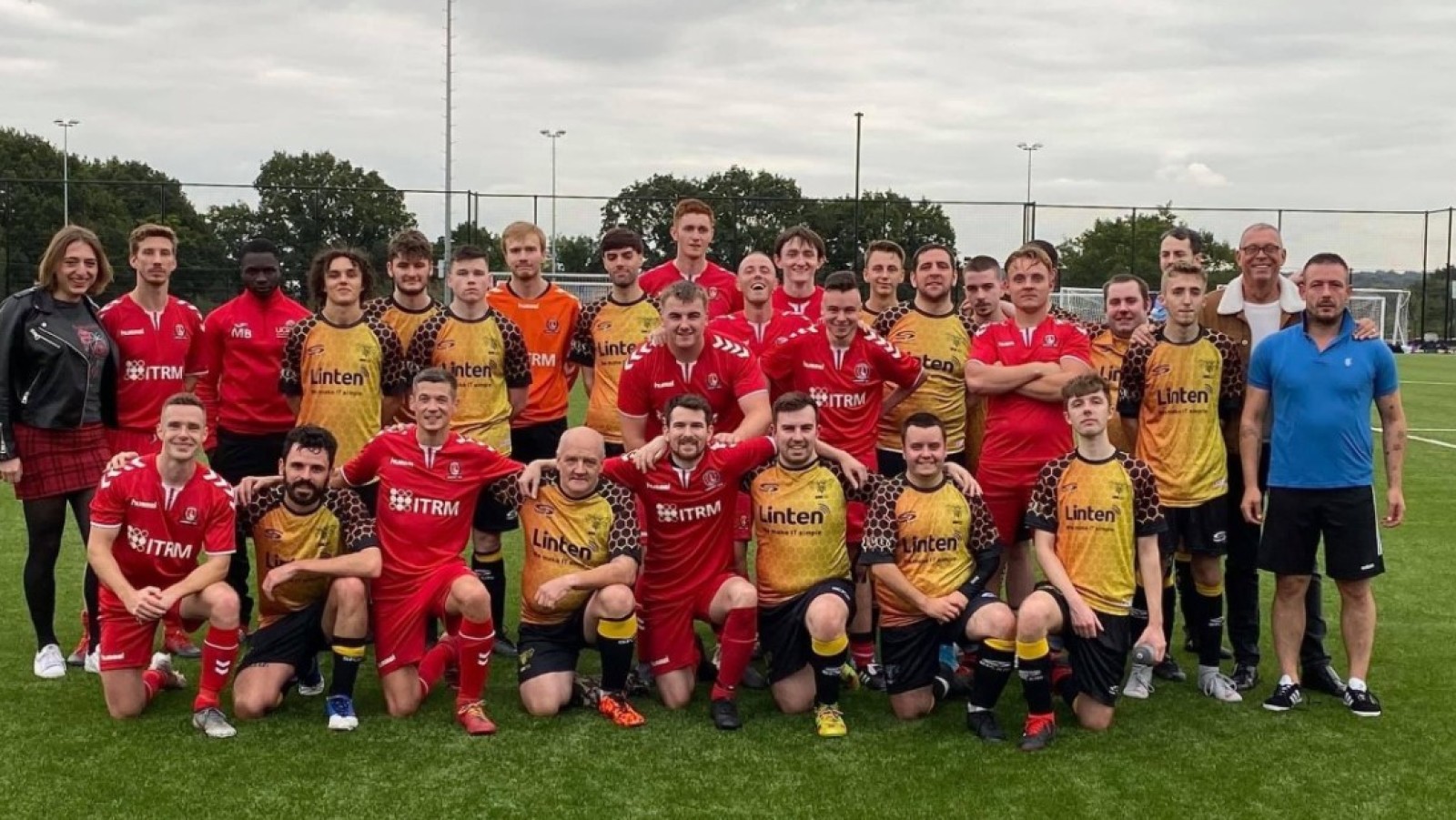 Ahead of the final player-manager Gary Ginnaw shared a few thoughts and spoke to a number of his teammates.

It’s been a remarkable debut GFSN league campaign for Invicta who entered the competition in summer 2019. After winning fix of the six group games they qualified for the quarter-finals. The first leg was played in March 2020 with the game finishing 2-2 before football stopped for three months due to the pandemic.

“It's been a difficult period on and off the pitch, but the team have worked incredibly hard and we're really reaping the rewards” explained Club Captain Sam Sevenoaks.

The last two years has seen the club grow on and off the pitch with several new faces joining. On the pitch the team have seen results improve as the players gelled together through their GFSN campaign and wider social events.

Midfielder Naomi Reid joined Invicta towards the end of the 2019 season: “When I first joined we didn’t win a single game that season. So to be in a final is testament to everyone involved in the club. We’ve come so far and I’m buzzing for the final.

“When Invicta entered the GFSN they knew it would be a learning curve dealing with long distance travelling. The team took 10 players to Edinburgh in their first away game and won 3-1. But it was the social aspect of the GFSN was what appealed most to Player-Manager Gary Ginnaw.

Charlton Athletic FC and CACT Head of EDI Dr Michael Seeraj said: “This really is a momentous occasion, on many levels. In 2017, Charlton Athletic become the first Professional Football Club in the UK to formally affiliate a LGBTQ+ ‘friendly’ Team – Invicta. As part of our wider diversity and inclusion work, the aim was to not only provide structured playing opportunities for people from different backgrounds, but to also raise awareness and understanding of LGBTQ+ issues.

“Four years on, Charlton Athletic FC won the Professional Club of the Year at the Football v Homophobia Awards 2021, alongside Invicta also winning Team of the Year, and Rob Harris (Charlton Proud Valiants) the Hero Award.

"From the EDI consultation sessions that we have recently been holding with different groups, it is clear that there is a real sense of pride and support for Invicta, and with Charlton continuing to drive forward with initiatives to promote equality and tackle discrimination – the final on Saturday is part of this remarkable Charlton journey."

Club Secretary and midfielder Samuel Timms said: “Football has the unique ability to bring people together. Invicta is a club like no other. Barriers are stripped away and inclusion is at the forefront. From the outside you may think ‘quote’ Invicta is a gay club, and you must be gay to play, that couldn’t be further from the truth. We are not LGBTQI+ exclusive. We are everyone inclusive. We are a micro society reflective of all aspects and we use the platform of football to tackle inequality.

“Whilst the team look ahead to the final and the chance of lifting a trophy many point out that it’s more than just the silverware that counts. Defender Daniel Crump talked about the pride he had at walking out for the final “on Saturday when I put on my Invicta shirt for the GFSN championship final and play in front of family and friends – it will be the proudest moment of my football career.”

Club vice captain Christopher Kent spoke about the ethos of the club and the bottom line message they send out when they step out into the pitch: “It’s about showing everyone that there is no place for discrimination in society. We have a strong, diverse family, brought together by one goal. On Saturday I will be proud to go out onto that pitch with my family.

“Invicta overcame a strong Nottingham Lions FC side in the semi-final winning 3-1 after trailing 1-0. Centre back Dean Chambers admitted he was overwhelmed with pride following the commitment of the team in their comeback.

“To go away from home and go 1-0 down early on to a team that hadn’t lost all season. To come back and win 3-1. It was overwhelming. I was filled with pride in myself and my teammates”.

The game will mark Invicta’s first ever final and to be in with a chance of lifting the trophy after a stop start season is something which shows the hard work and commitment at the training ground on a weekly basis - striker Jon Allen shared his thoughts on a real team effort “to get to the championship final is such an honour and testament to all the hard work put in by the team, the coaches and the manager”. There are no individuals at Invicta - just one team.

“The atmosphere around the club after the semi final game was really infectious. Now it’s time for us to focus on the final this weekend”, said defender Harley Bagnall-Taylor.

It’s been a difficult season for grassroots football as teams contemplated lockdowns and several breaks in play. After the initial lockdown Invicta restarted their season in June training in groups of six. The campaign started well with the team topping the London Unity League after the first three games before the second lockdown hit in November which saw no football activity for the team until March 30th.

“It’s going to be a proud day for the club no matter what the outcome as Invicta like many grassroots clubs have faced a challenging season, to finish the season with a final is what dreams are made of. We have to be so proud of all our players for what we have achieved during a very difficult period on and off the pitch”, said Club Chair Colin Ginnaw.