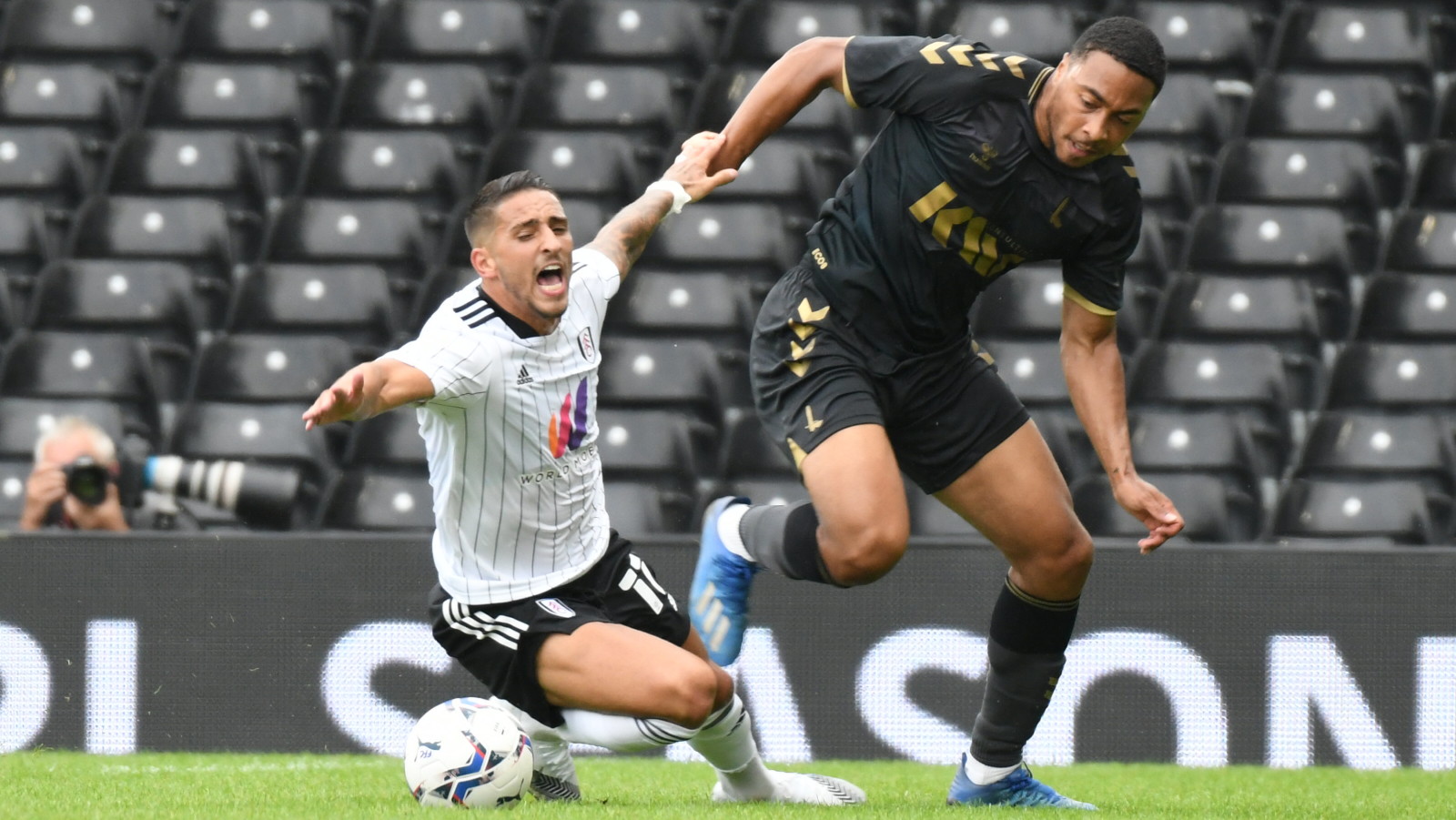 A Fabio Carvalho goal was the difference as Charlton concluded their pre-season preparations with a 1-0 defeat against Fulham at Craven Cottage.

Carvalho’s driving run forward saw the 18-year-old latch onto Tyrese Francois’ perfectly-weighted pass to bear down on the Addicks goal before slotting past a helpless Craig MacGillivray.

Nigel Adkins made one change from the midweek draw at Crystal Palace, with Ryan Inniss replacing club captain Jason Pearce at the heart of the Charlton defence.

After a quiet opening ten minutes, Fulham mustered the first shot of note, Antonee Robinson advancing forward from left-back to feed Carvalho, who saw his goalbound effort snuffed out by Akin Famewo.

The next chance would fall to the Addicks, Albie Morgan latching onto Jayden Stockley’s cutback, only to be thwarted by Tosin Adarabioyo.

Relentless pressure from Diallang Jaiyesimi forced Antonee Robinson to cede possession as the clock ticked towards the half-hour mark; the winger then drove into the Fulham box to pull back for Sean Clare, who saw his effort fly over Paulo Gazzaniga’s crossbar.

It was Fulham who took the lead, though, Francois’ defence-splitting pass finding Fabio Carvalho racing in behind, with the latter making no mistake to finish coolly past MacGillivray.

Carvalho was involved again moments later, breaking into the Addicks box after being released by Robinson, but seeing his cross ricochet off Clare and over the bar after deflecting off an unsuspecting Aleksandar Mitrović.

Chances proved hard to come by after the interval as both sides sought that final penetrative move; it almost arrived on 61 minutes as Anthony Knockaert enjoyed a free header at the back post, though the Frenchman glanced wide.

A Morgan set piece teed up Clare soon after, but the Addicks’ fifth summer signing nodded over.

Fulham concluded the afternoon strongly with a flurry of chances minutes from time, debutant Harry Wilson flashing one wide from close range, before MacGillivray thwarted substitute Joe Bryan at his near post.