Adkins: "You can’t fault the attitude and application of the players" 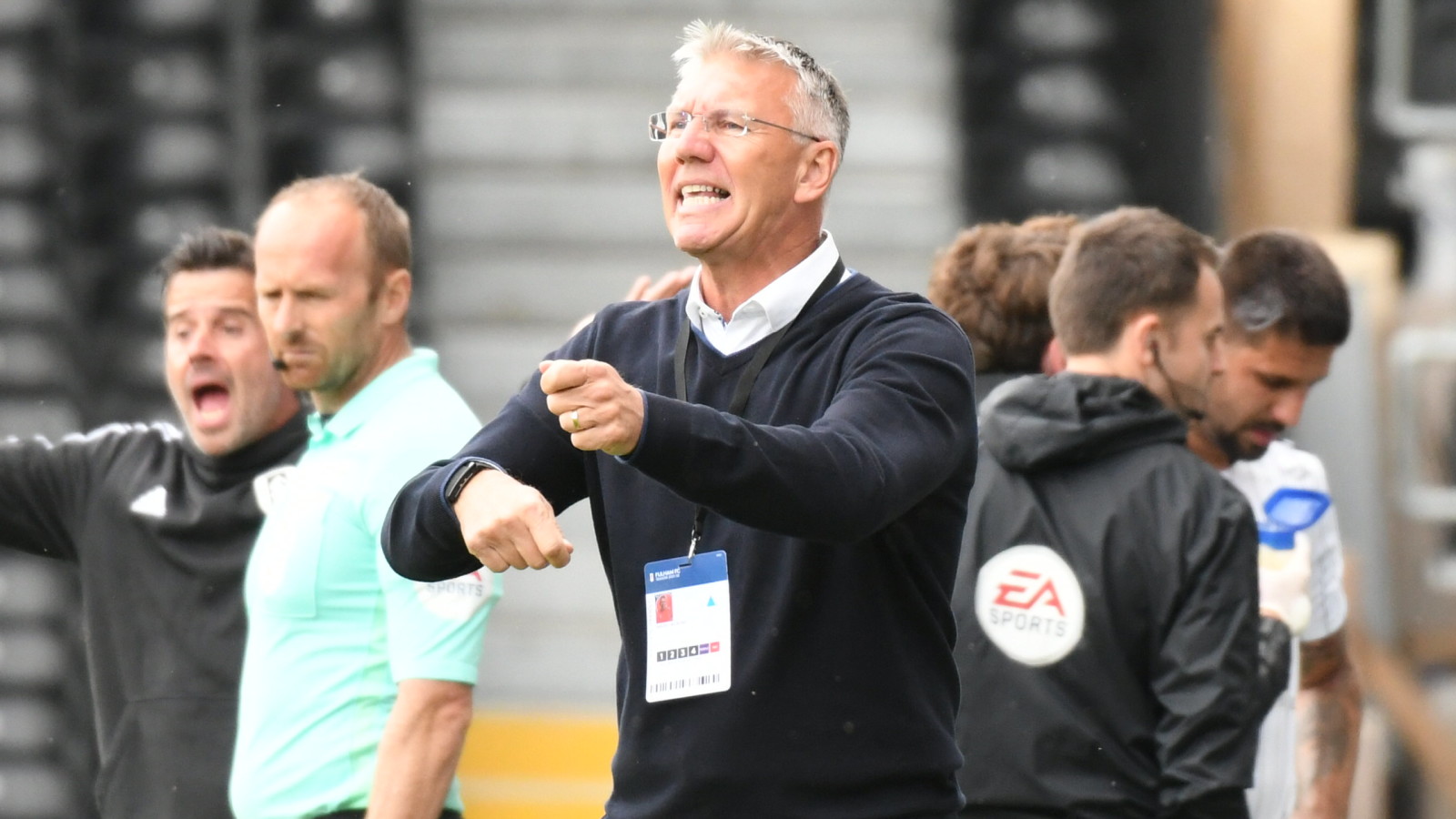 Nigel Adkins is thrilled with his side’s preparations for the League One campaign after another positive showing at Fulham in the Addicks’ final pre-season friendly.

Despite the 1-0 scoreline, the Addicks impressed at Craven Cottage against Championship opposition in front of the vocal travelling supporters, with Fabio Carvalho’s strike on 32 minutes proving to be the difference.

“It was an excellent game for us,” said Adkins. “It’s a very good side we played, it was a good tempo. I was really pleased with our performance. There’s things that we’ve been looking to work on and there were some real good things that we’ve gone and done. Obviously when we debrief it back to the players on Monday we can highlight that.

“A couple of things we want to improve on, which is like everybody. I thought it was an excellent goal that they’ve gone and scored by the way; the pass and the run was very, very good. But we’ve created some real good opportunities with chances. Unfortunately we’ve not worked the goalkeeper enough, we haven’t hit the target enough from some real good positions we put ourselves in.”

The Charlton manager was delighted to see Ryan Inniss start from the outset ahead of next weekend’s curtain raiser against Sheffield Wednesday at The Valley, while also providing his verdict on Albie Morgan and an update on trialist Madger Gomes.

“I think it was 65 Ryan got, which was good. It was a good game for him and he’s come through that unscathed. Obviously we’ve got a good week on the training ground now to build into the Sheffield Wednesday game.

“I really like Albie, I’ve said that from the outset. His attitude is good, a very fit player, technically very good and intelligent. Again it’s just that final ball in the attacking third and the consistency level of it. Some of the stuff he does is so exquisite, he’s a joy to watch. I’m really pleased with the way he’s gone so far through pre-season.

“We’ve had Madger Gomes for a couple of weeks now and he’s done really, really well. Obviously we’ll sit down during the course of the week. We need to make a decision on it, which is fair to say. He’s certainly not done himself any harm, but we’ve got to make a decision whether he’s going to be here for a longer period of time.”

Adkins was pleased to see several of Charlton’s youngsters stake a claim through pre-season, but admitted he anticipates more business from the Addicks where new signings are concerned before the 31st August deadline.

“You can’t fault the attitude and application of the players, they’ve worked really hard,” Adkins added. “I think you can see we’ve got a team with spirit and an identity of what we want to go and do that we’ve been working through. It was great to have the fans here today, everybody working together which is important. The season starts on Saturday, the transfer window is still going to be open for a few weeks after that. Our intention is to bring a few more players in, I think that’s fair for everyone to go and see. What a great opportunity the young players have had and taken.

“Time will tell. There’s obviously players that we’ve been tracking, we’ve had bids in for players as well. We’ll just have to see how they come to fruition, that’s the important thing. We’ll see what happens but we’ve got a spirit amongst the players that we’ve got and everyone’s working so, so hard for each other. What we need to try and do is see if we can help them with a few more additions which is important.”