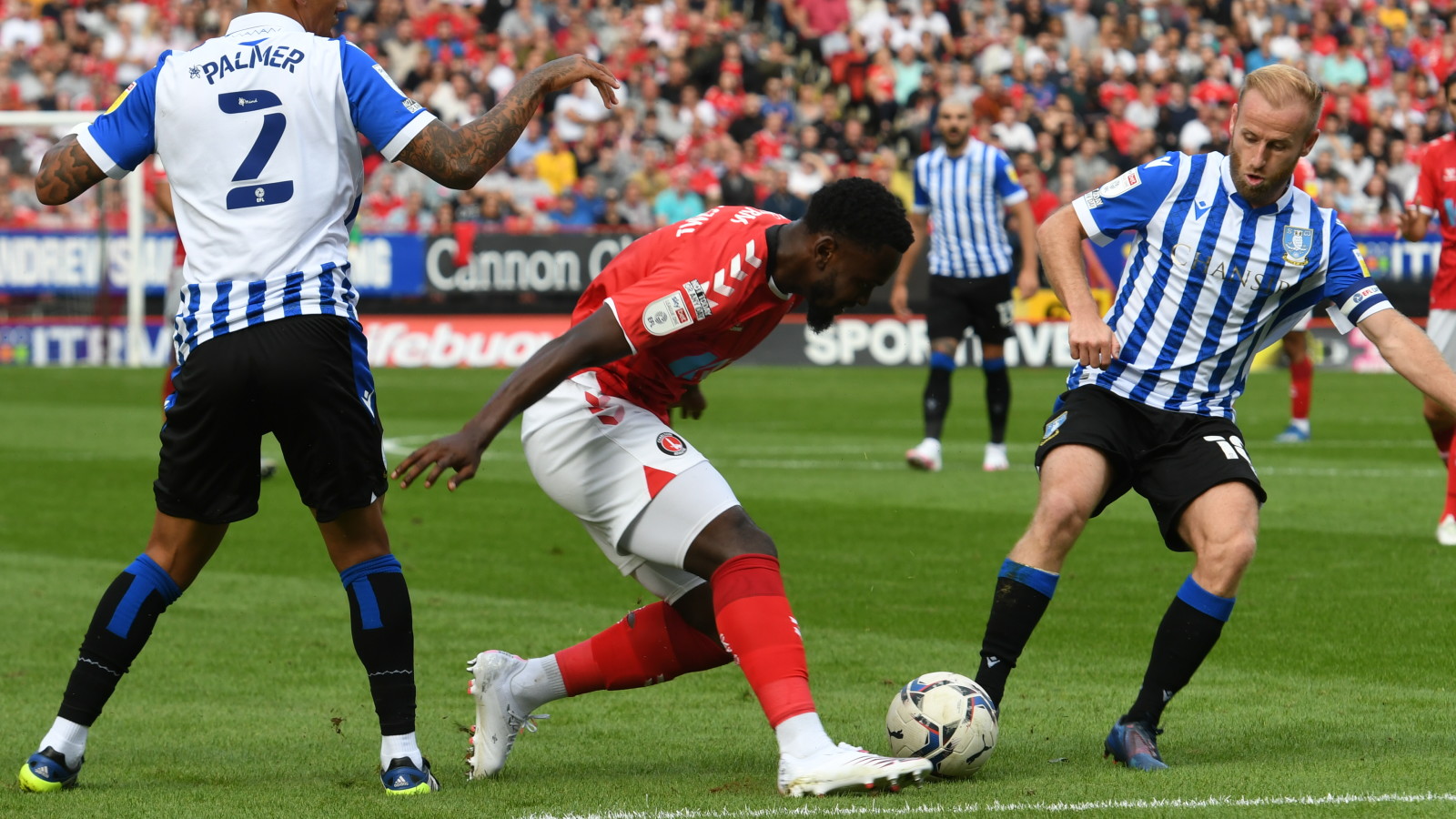 Charlton kicked off their 2021/22 Sky Bet League One campaign with a goalless stalemate against Sheffield Wednesday at The Valley.

A rousing rendition of Valley Floyd Road welcomed the Addicks onto the pitch for the first time in 17 months as fans returned en masse, generating an electric atmosphere.

A cagey opening 10 minutes was interrupted by a concerning stoppage in play as Callum Paterson went down after bravely clearing Albie Morgan’s corner. Following lengthy treatment, the Wednesday frontman was stretchered off to applause from every corner of the ground, with Florian Kamberi replacing him.

Clare’s surging run forward saw the summer signing upended by Sam Hutchinson in a promising position on the edge of the 18-yard box, though Morgan’s resulting effort flew over the Wednesday bar.

A constant threat, Stockley was involved again moments before the interval, glancing on Akin Famewo’s ball forward for Conor Washington, but the outstretched Northern Irish international couldn’t get the vital touch to beat the onrushing Wednesday stopper.

Attacking the vocal Covered End, Charlton came out firing after the interval, with Stockley nodding wide from Adam Matthews’ in-swinging cross minutes into the second period.

A flurry of chances arrived for Adkins’ men just before the hour-mark, Morgan firing over from Clare’s cutback before Stockley’s left-footed effort forced an Addicks corner.

Tricky feet from Diallang Jaiyesimi took the winger into the Wednesday box to muster an opening on 73 minutes, but Charlton’s number seven could only rifle over Peacock-Farrell’s bar.

A lightning counter attack saw Charlton surge forward at speed through Stockley, who fed Washington in space on the left flank. The Northern Irishman’s low-drilled cross found its way out to Morgan, who took a touch before shooting wide.

Quick footwork from Barry Bannan took the Scotsman past two Addicks challenges and into a threatening position minutes from time, though his right-footed effort went narrowly wide of MacGillivray’s right upright.

Both teams sought the elusive opener as the game drew to a close, however neither side could find it as they shared the spoils in SE7.